The Federation of International Touch  (FIT) confirmed this week that the 2021 Youth Touch World Cup will be held in Manchester, England.

Due to the ongoing global coronavirus pandemic, FIT and the host nation England have made the joint decision to defer the tournament initially planned to take place in July 2021.

The tournament is said to attract 50 teams say FIT, ” doubling the number of players, officials and supporters to visit the host city Manchester compared to the 2018 event in Malaysia.”

This will be the first time the Youth Touch World Cup will be held in Europe, with previous tournaments staged in Australia, New Zealand and Malaysia.

Erick Acker, President of FIT said: “The best young players in the world will be heading to Manchester in the summer of 2021, which is very exciting for Touch enthusiasts in Europe.”

The national youth touch teams will be split into six categories with boys, girls and mixed divisions for Under-18 and Under-20 competitors.

The 2018 Youth Touch World Cup held in Putrajaya, Malaysia saw 9 nations compete with 28 teams in total. China, Hong Kong and Singapore participated from Asia in 2018. Currently, Australia are the world champions in all youth divisions and England are the European champions.

Other touch and tag news in Asia 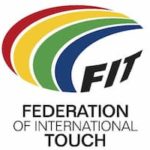