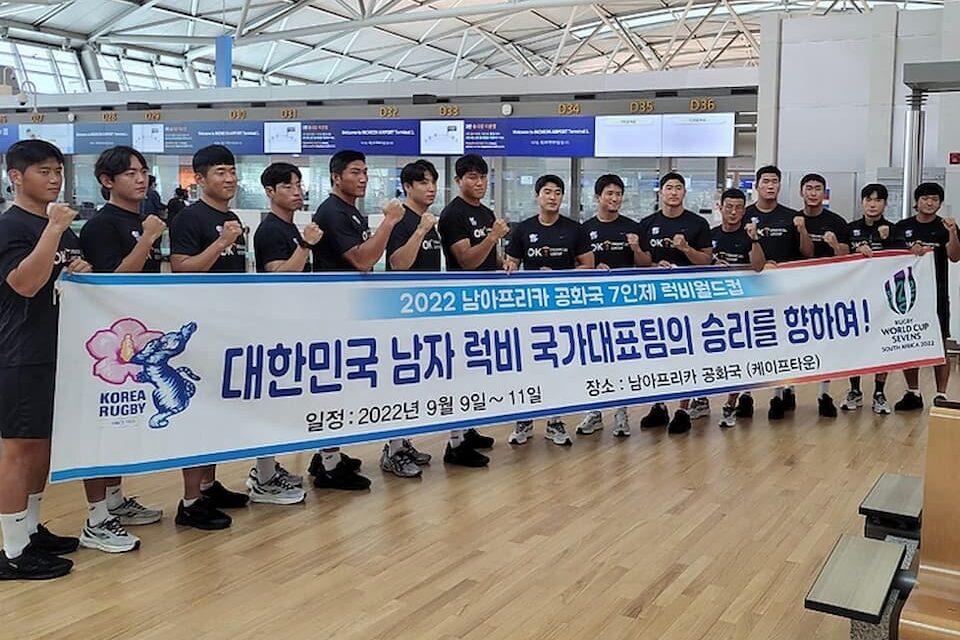 The Korea Rugby Union men’s sevens squad touched down in Cape Town this week to compete at the RWC Sevens.

The Korean team famously edged out Japan to qualify from Asia at the 2021 Asia Rugby Sevens in Dubai, beating the fancied Japanese 21-14 to advance to the final before losing to Hong Kong who also qualified for the tournament in South Africa.

Recently, the Korean men’s sevens team also participated in the Challenger Sevens event in Chile but sent a National Standing Army (South Korean national B team) and endured some poor results, while the team preparing for the RWC Sevens held camps in the USA. It seems to be a strange decision, but perhaps the gamble will pay off from September 9-11 at the Cape Town Stadium.

The sevens team is coached by South African Charles Louw and the union announced the final squad of 15 to compete in South Africa. This is also a team that shocked the Hong Kong men to qualify for the Tokyo Olympics 2020 by winning the Asian Olympic qualifier in Incheon in 2019.

Louw told Asia RugbyLive the week leading up to the RWC 7s that the decision to take their main squad to the US to train and play matches against the USA A & B teams, France, Argentina, and Uruguay 7s teams (some were development teams) had been made before the confirmation of the Challenger event in Chile.  Although the main team endured initial losses in the USA-based camp to Uruguay, Argentina and the USA A, they did beat the USA A team in their final rematch which he says was a testament to the development made in camp. “It was growth not only for the for the players but the coaches too and learning from the USA coaches”, added Louw”

Louw added that the experience for the management, coaches and Korea men’s sevens team development players in Chile was crucial but it of course won’t benefit the squad in Cape Town but perhaps for the future. Asie Rugby reported that six players to make the final South Korean squad include Chang Yong Heung (KEPCO), who played from 2019 to 2022 at Urayasu in the Top League and then in League One in Japan,  Jang Jeong Min (KEPCO),  the Korean-Japanese Kim Yong Hwi (Osaka), Kim Yo Han (Hyundai Glovis), Yoo Jae Hyuk (POSCO) and Park Woo Bin (KAFAC).

Korea will take on Wales in the preliminary round at RWC Sevens and if they win, they will play Fiji in the main championship, but if they lose they will play the quarterfinal Bowl against the winner of the match between  Samoa and Uganda.

Head Coach Louw said there is a good blend of experience in the final playing squad and seven in the squad represented South Korea at the Tokyo Olympics. The South African coach acknowledges that no game at the World Cup is going to be easy and that the team will focus on the performances and not the results. 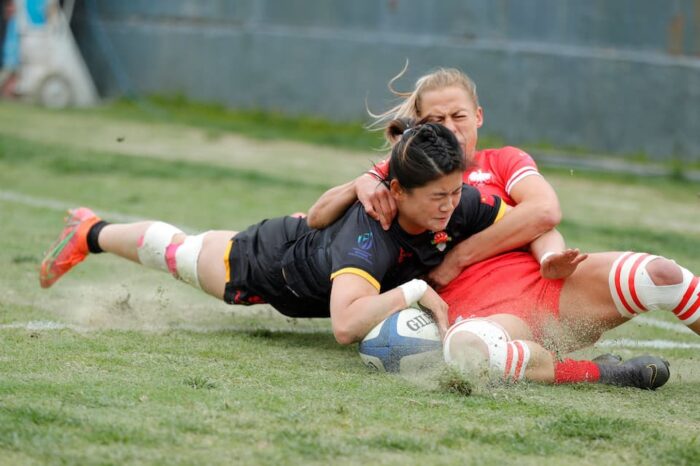 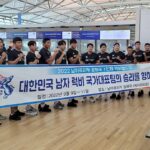