Rugby is booming and the growth in Asian rugby has been phenomenal to watch over the years. From the increasing levels of professionalism at the top level and a burgeoning grassroots platform led by countless individuals and small organizations across the continent who are spreading their love of the game.

There is a boom in social rugby and an increasing number of teams for men and women (not forgetting Vets and youth rugby) as well as tournaments in most major cities helping to bridge the rugby community within Asia and beyond.

What we found was lacking, is a one-stop resource which covers everything in Asian rugby, from news, tournaments, interviews with the movers and shakers and grassroots drivers. Instead of complaining about the lack of professional media covering Asian rugby, we opted to fill the void.

So please help support us and share your rugby news, tournaments and information for all rugby lovers in Asia, and the world to enjoy.

We are a small dedicated team of professionals working in media who love the game of rugby and everything it should represent. 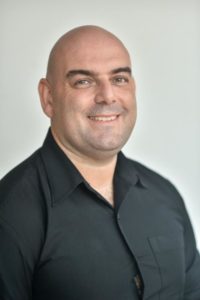 Steve is a passionate and dedicated rugby man and journalist who has lived around the globe, enjoying rugby wherever he can. Growing up in South Africa with the heights of the famous 1995 Rugby World Cup, he has also enjoyed rugby in Europe, Australia, New Zealand and throughout Asia. In addition, he has been fortunate enough to attend 4 Rugby World Cups and attended international rugby games in more than a dozen international stadiums. He also helped establish the Phnom Penh Social Rugby Club in 2015 and has played and coached the game. Steve has been living in Cambodia since 2013 and is still actively involved in rugby.

If you have news or would like to write something for RugbyAsia247, please get in touch