What is the World Tens Series?

The series, which aims to transcend the sport of rugby, will see international players from the world of 7s and 15s competing for global franchises in a series to decide the inaugural World Tens Series champions.

One of the founders and Chief Business Development Officer of the series is James Walker, Walker is also a co-founder and Head Coach at Tiger Rugby in the USA.

Former Aviators coach Paul Holmes is the Chief Operating Officer of the World Tens Series. Holmes is one of the pioneers, founding partner and a coach at Tiger Rugby, and he has brought teams to the Hong Kong Tens previously. In addition, Holmes has been involved with the Classic Eagles setup.

The WTS Cup is what the tens rugby teams will be competing for. The organisers claim “the WTS Cup will be considered as one of the most prestigious accolades in modern rugby.”

In addition, no games can result in draws and points for converted tries can vary depending on where the kicker converts from. In total, 7 teams are set to play at the WTS in 2020. Three teams from the USA, one from South Africa, one from the Pacific, one from England, and one from the Middle East have been confirmed.

(We will update this if more teams are confirmed).

The Ohio Aviators are based in Columbus, Ohio (USA) and have previously competed in the PRO rugby tournament, however that was four years ago. The team has a new logo too.

Director of Rugby, Tom Rooney said “We are extremely excited to revive this Pro Rugby legacy brand, team and culture and jump into the World Tens format. We have great player depth and interest, something that will give us a strong footing in the tournament structure, especially considering the pace of play that we are expecting.”

For more information on their squad, read more here and see their Twitter feed here.

Based in Cape Town, South Africa, the SX10 rugby Tens team has former South Africa 7s player, Frankie Horne as head coach. They promise “plenty of tries, offloads and side steps from his exceptionally skilled and diverse squad.”

The ADP (Asia Pacific Dragons) is a well-established tens brand, who have competed at the Hong Kong Tens for several years and at the Singapore World Club 10s in 2014, with many marquee players, mostly hailing from the Pacific islands.

Tom Bowen added, “it’s been a long time since I have played and Tens is such an exciting format of the game, I’m really looking forward to it! To have it in a location like Bermuda is the icing on the cake.”

Tom Mitchell has been the England 7s for several seasons on the HSBC World 7s Series. Dan Norton is the leading try-scorer in the history of the HSBC World Rugby Sevens.

Miami Sun is the second US team to be confirmed to participate at the World Tens Series and “will include a squad full of some of the most exciting players from around the globe.”

The WTS says that the “The Sun will be led by a world-renowned Head Coach with vast amounts of international experience.” 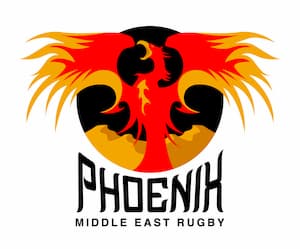 The third announced USA-based tens rugby team at the Series, the Californian based side has few player announcements to date.

The 2020 edition will take place in Bermuda and the 10-a-side World Tens Series 2020 comprises eight privately-owned teams from around the globe.  The 7 teams split into two pools who will compete in round-robin matches.

James Walker said said “We are pleased to announce the launch of the World Tens Series. It’s been an incredibly difficult year for us all with the pandemic, but we have secured Bermuda as the host for an 8 team 3 series event in October.”

The 2020 World Tens Series will be “played as a closed event with a high-quality broadcast production and global distribution set to wow fans around the world.”

There are three rounds of matches in 2020 scheduled:

Samurai Sportswear was announced as the official kit supplier in 2020.

SX10 beat Ohio Aviators in the final of the WTS Cup at the National Sports Complex in Hamilton, Bermuda.

The Series managed to confirm that international Irish referee JP Doyle will be officiating the World Tens Series, as well as match officials Adam Leal (UK) and Scott Green (USA).

Where Can I watch the World Tens Series?

In October 2020, the first TV broadcast deal was announced with the UK & Ireland viewers able to watch the 2020 World Tens Series on Sky Sports Rugby.

ESPN will stream and televise the World Tens Series allowing fans living in the USA, Caribbean, Latin America, Brazil and Sub Saharan Africa the chance to catch all the action live from Bermuda.

The broadcast partnership will see the World Tens available on ESPN+ in the USA and on ESPN Play across Latin America and the Caribbean. Fans can watch on the ESPN App in Brazil and viewers in more than 50 countries in Sub-Saharan Africa, will be able to tune in live via the ESPN Linear network.

Further announcements for other territories are due to be announced.

There were plans to take the Series to 12 locations throughout the world in 2021.

The organsiers plan to increase the number of tournaments in 2021 saying “The World Tens Series will step up a gear in 2021 with expansion to 16 teams playing at 12 locations throughout the world.”

They say that each location will host the tournament for one week, “with the season set to run for four months, ensuring players perform to the best of their abilities and fans always have plenty of rugby entertainment to look forward to.”

In July 2021, the event was due to take place in Florida, USA – but the WTS was postponed by the organisers: “Due to restraints around international travel and increased COVID-19 restrictions (especially around global sporting events) the World Tens Series has had to make the difficult and unfortunate decision to postpone this year’s event.”

The World Tens Series say that the dates and venues for August 2022 have been confirmed.