Super Rugby is the most high profile professional rugby competition that takes place in Asia. Although only one team from Asia is involved, the Sunwolves, they play games in Japan and Singapore.

Super Rugby also involves top franchise-based teams from New Zealand, Australia and South Africa and some of the worlds best players. The exposure at this level is important for the region.

However, it was announced in 2019 that the Japanese franchise would be axed from the Super Rugby competition after 2020. Subsequently, after the success of Japan and the 2019 Rugby World Cup, there have been rumours the tournament would try to find a way to include the Japanese team.

The predominantly Japanese-based Sunwolves have been involved in Super Rugby since 2015 and has played home games in Japan at the Prince Chichibu Memorial Stadium as well as Singapore. This allows fans in Asia to watch top quality rugby live.

The Sunwolves are placed in the Australia conference with the NSW Waratahs, Reds (Queensland), Brumbies (ACT) and Melbourne Rebels. However, due to the conference cross-over system, the Sunwolves will also play teams from Sout Africa, New Zealand and the Jaguares (Argentina). 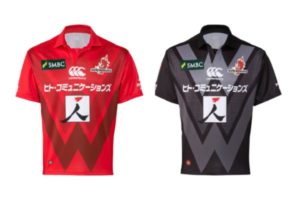 The Sunwolves have announced a number of foreign players for their expected final season of Super Rugby in 2020. The Japanese rugby franchise will play home games in Tokyo, Fukuoka, Osaka and Singapore in 2020.