The 3rd Asian Schools Under 18 Rugby Sevens championship will take place in Malaysia from the 3-4 July 2019. 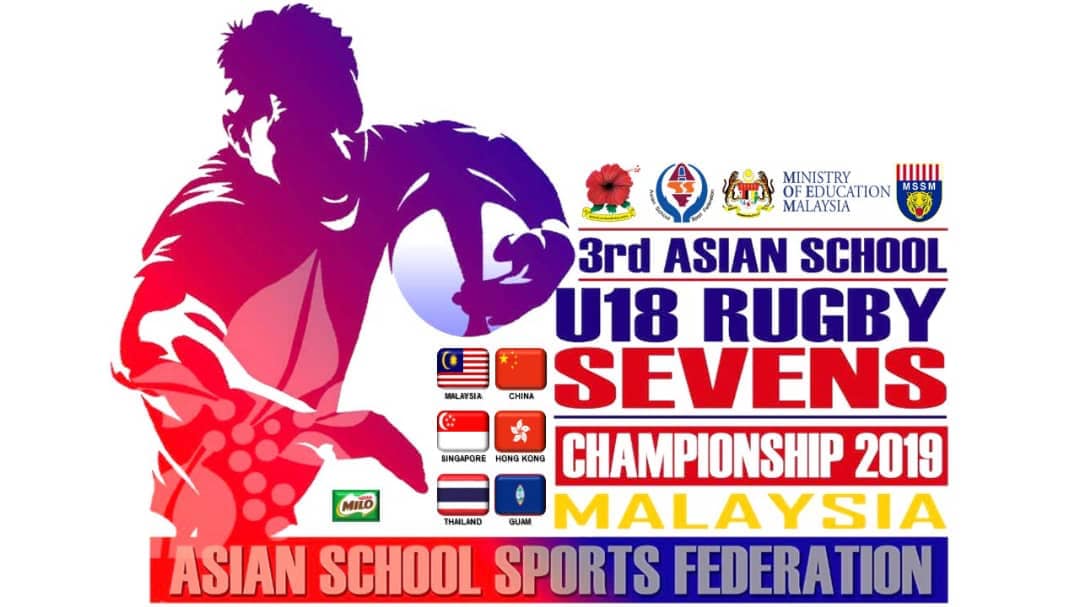 Six countries are sending Under 18 rugby teams to the tournament. These include:

The format for the 2019 edition sees the junior national rugby teams play a round robin format before contesting finals in the Bowl, Plate and Cup.

The previous Asian Schools Rugby Sevens Championship was held in Hong Kong in 2016 and was won by the Hong Kong Under 18s who beat Thailand 14-7 in the final. We are not sure why the tournament has been on a hiatus.

Sri Lanka won the Plate final with a 33-7 win over Singapore, Malaysia beat China 54-0 for the Bowl and Guam were victorious over Mongolia winning 27-0 for the Shield. 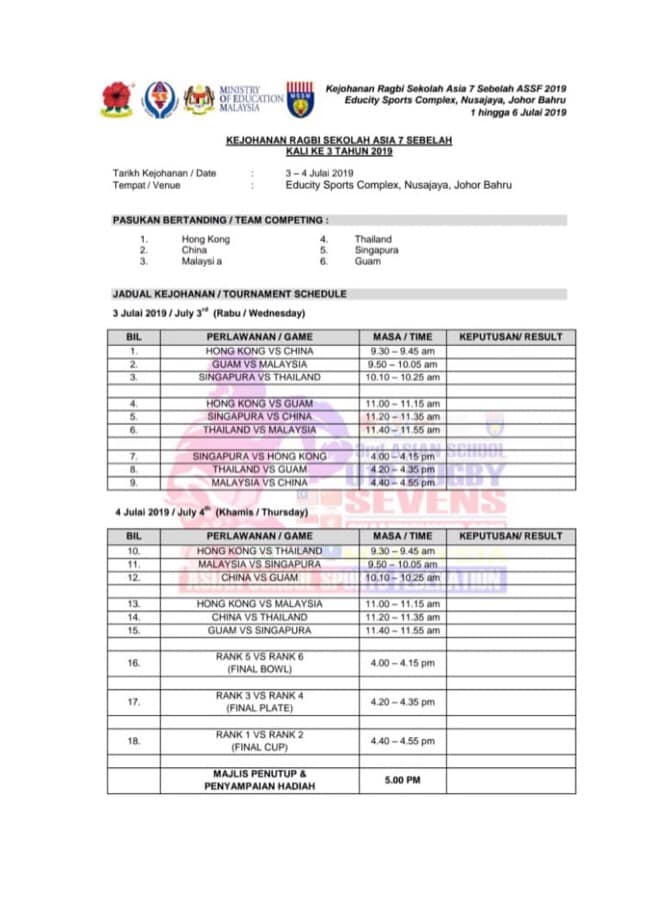 The Asia Rugby Under 18s tournament takes place in Kunming, China from the 17 & 18th August 2019. The tournament was won by Malaysia in 2018. The final standings were: Malaysia, China, Hong Kong, Korea, Qatar, Uzbekistan, Laos.