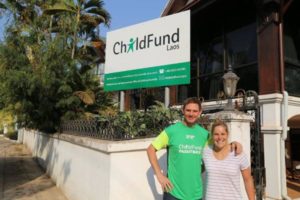 The fast-growing Childfund Pass It Back program in Laos, has had some special guests from Australia in February.

They had the opportunity to see first hand how rugby is growing in Laos and share their expertise with young Laotian coaches and players thought the Champa Ban(ChildFund Pass It Back). In addition, the Australian rugby stars spent time with the DAC Lao National Team as well as the Lao Rugby Federation.

The rugby pair managed to visit Vientiane as well as rural areas of Laos to see how the rugby programs are impacting lives. One such program is the Beyond Blackboards which is helping teachers to integrate art, music, and sports into classroom learning.

The trip was organised by ChildFund Pass It Back and Australia in Laos.

(Photos credits to Lao Rugby Federation and ChildFund Pass It Back) 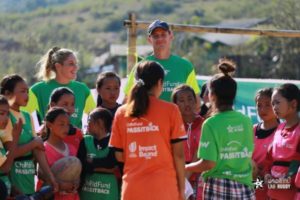 Emily Chancellor and Stephen Larkham at a Pass It Back program 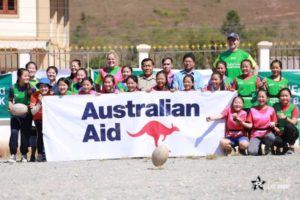 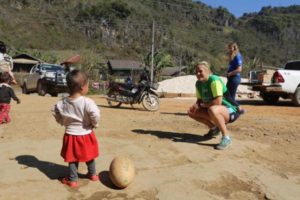 Emily Chancellor in Laos thanks to ChildFund Australia 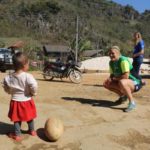