The sessions during the Olympics will take place twice daily during the competition with morning sessions running from 9-12 and the second session taking place from 16:30-19:00. The times have been chosen to avoid the peak Summer heat times in Japan at that time of the year.

More information will be made available regarding the ticketing program on Thursday 18th April 2019 by the Tokyo 2020 organizing.

The women’s and men’s World Rugby Sevens Series are still in progress with the top 4 teams from each automatically gaining qualification to Tokyo 2020. The remaining seven places for each competition will be determined via a series of regional qualifiers and repechage competitions.

The next women’s 7s World Series leg takes place this weekend in Japan at Kitakyushu while the next men’s sevens series event takes place in London at the end of May. Both series have two round left to determine the top 4 finishers. 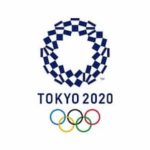