The Beijing Tens 2019 teams and pools have been confirmed with 16 men’s and 5 women’s tens rugby teams due to take place in the Sino Tens rugby tournament on June 1st in China. The tournament is hosted by the Beijing Aardvarks rugby club and this is the 8th edition of the rugby union tournament.

The Beijing Aardvarks rugby club has been active since 1999 and has a men’s and women’s rugby team. 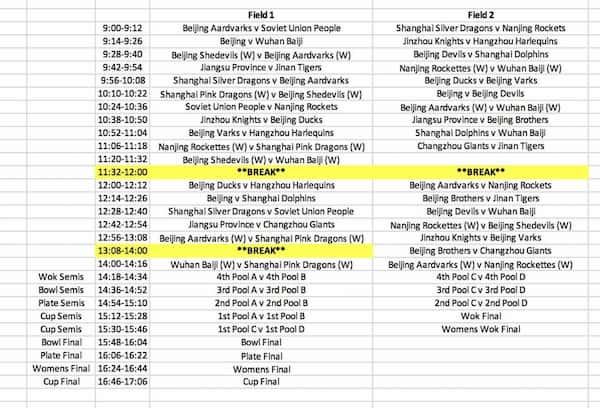 You can read more about our guide to social ruby in China here.