The Hong Kong domestic XVs rugby season drew to a close this past weekend for the women’s and men’s leagues. RugbyAsia247 breaks down the division winners. 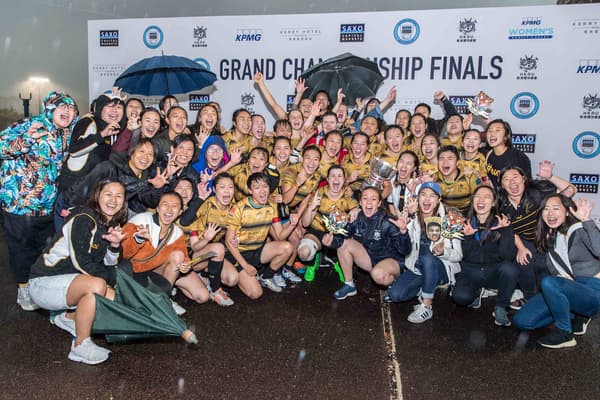 The Borelli Walsh USRC Tigers ladies caused an upset, as they did in the semi-finals by beating Gai Wu, to claim their first Premiership Grand Final in 18 years. In a full match report on the HKRU website, Lindsay Vartey said “It’s been 18 years to get back here. I should have retired years ago, but I am still here and I am just so proud of my team and so happy that I could share this moment with them. This team is a family and everyone worked so hard for this result and for each other. It is a very intense feeling, we love each other so much and I’m so happy.” Herbert Smith Freehills HKU Sandy Bay turned around a remarkable season and claimed a seventh straight win to secure the Saxo Capitals Markets Men’s Premiership for the 1st time. Captain Gair Currie told the HKRU website “It was an awesome result for the boys. To come from the position we were in, at the bottom of the league last season, and the bottom of the table at Christmas, and then to win seven on the bounce and claim the grand championship in our first year as Sandy Bay, it’s incredible.”

(Results are based on information from the HKRU website)