World Rugby has announced a new scrum law which is to be implemented with immediate effect.

At the end of June in London, World Rugby met to discuss a number of proposed changes to the rugby laws with regards to scrums and prevening neck-injuries, WR said the following:

Following a detailed discussion on the risks associated to front-row players’ necks during the scrum engagement process, the LRG (Law Review Group) also supported a proposed amendment to Law 19 (Scrum) that, if approved, will outlaw the practice of front-rows placing their heads onto opposition players’ shoulders between the call of ‘bind’ and ‘set’. It has been shown that this practice has resulted in potentially dangerous levels of axial loading on front-rows’ cervical spines. Given this issue has significant potential welfare implications, it will be actioned immediately.

This means that in a scrum. the hooker will not be allowed to lean and “deload” the weight of the entire forwards onto the shoulder of the opposition hooker at the “BIND” call from the referee. In addition, there must be a clear gap with longer binding if necessary. Referees have been advised to give a freekick if this occurs which can be deemed a penalty if the infringement is ongoing.  A yellow card can also be issued.

Reduction in the number of permitted substitutions. This is designed to encourage more space and opportunities towards the end of the game as on-field players tire.

RECOMMENDATION: For World Rugby to sponsor more research to determine if there is a player welfare benefit.

Rucks – slowing the ball down

Off feet at the ruck – players must move away from the ball without delay to ensure more space and time is afforded to the attacking side.

RECOMMENDATION: Specialist working group should be formed to assess all issues regarding the ruck/ breakdown.

Delaying the movement of the defensive line at the ruck until the ball has reached the first attacking player or until the receiver opts not to pass. This will give the team in possession more time and space on the ball.

RECOMMENDATION: Not to approve for trial.

Reducing the tackle height to the waist, thus forcing players to tackle lower may reduce the risk of head injuries to both the tackler and tackled player.

The Law Review Group “is made up of law experts, players, coaches, match officials and elite competition representatives, considers the applications, edits or clarifications of existing law and the introduction of new laws deemed appropriate for closed or global trials” said World Rugby.

Rugby players have discussed their views of the laws via International Rugby Players website. 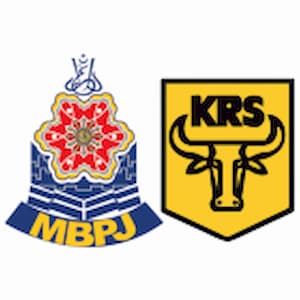