The 2019 Asia Rugby Championship Division 3 East-South is kicking off this weekend and will feature the national men’s XVs teams from India, Indonesia and China.

The matches were originally listed on the Asia Rugby website to take place in at the Belapan Stadium in Brunei but in fact, Indonesia Rugby will be hosting the event in Jakarta at the GBK Rugby Field. The AR website has been updated.

Indonesia is the lowest ranked team (102) of the three, with India (81) the highest-ranked and China ranked at 87th in the World Rugby rankings.

A “Get Into Rugby Festival” will take place prior to the Indonesia-India match on the 29th June which will be attended by junior participants from Jakarta and the surrounding provinces.

Indonesia (the national rugby team is known as the Rhinos) will host and participate in the Asian Rugby Championship Division 3 East-South Tournament for the 4th time according to a statement from Indonesia Rugby.

Since participating in ARC in 2006, Indonesia has played 22 official matches has 11 wins and 11 losses. Their biggest win was a 55-3 victory against Cambodia in 2008.

India Rugby had previously announced a star-studded South African coaching setup, but they will with the ladies team in the Philippines this week for the ARWC which makes for a tough job if they need to be in Jakarta for the first men’s game on Wednesday for their opening game against China.

Much like for their ladies team, who are also involved in the Asia Rugby Women’s Championship this week in the Philippines, very little information about the Chinese men’s team is available. Reviewing the match schedule, it seems a bit unfair that Indonesia has the home ground advantage as well as the longest recovery time between games.

We assume the winner is based on the team that has the most table points accumulated from the 2 games played. 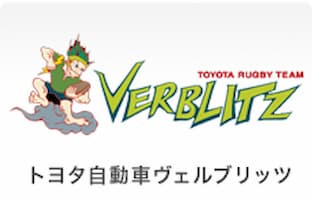