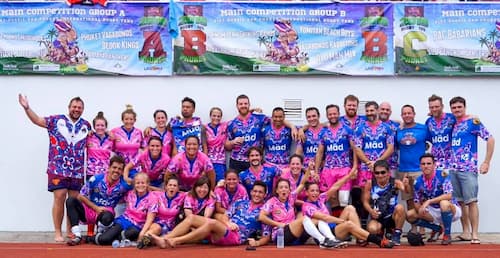 Another huge weekend of rugby this past weekend with Asian national, club and social teams and tours happening throughout Asia. The Asia Rugby Championship continued, while HK ladies and Japan 7s were also playing. In club social rugby, the Phuket Tens and Chinese expat All China championships were also taking place. We review the rugby results from around Asia on the weekend of 24-26 May 2019.

Korea headed to Malaysia for the 2nd game of the Premier Division of the Asia Rugby Championship after winning the 1st game at home with a comfortable bonus-point victory 52-14. On Saturday 25th May Korea beat Malaysia 38-15, in what was an improved performance from the home team, however, it leaves them facing another winless campaign with only two games left against favourites Hong Kong.

Malaysia Head Coach Brad Mika said that the team can make continued improvements: “If they can make these boys semi-pro and strengthen the local competition here in Malaysia then we have a chance as a union to go further with more exposure and experience.”

Korea is aiming for its first championship title, which is often dominated by Japan, and will be hoping to beat Hong Kong in their home and away fixtures. They next face  HK at home on the 8th June.

You can see the highlights of the game thanks to Asia Rugby. 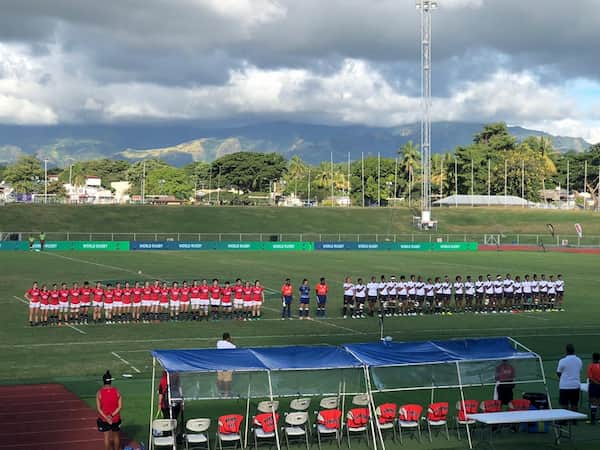 Hong Kong Women beat Fiji 29-10 on Friday in Fiji for the opening game of the ladies Asia Pacific Championship. HK debutant Zoe Smith ran in a hat-trick of tries for the HK ladies. The 2nd game for HK is against Samoa on Tuesday 28th May 2019.

Fiji won the men’s HSBC World Sevens Series in London, convincingly beating Australia 43-7 in the Cup final and now lead the series from the USA by two points.

From an Asian perspective, Japan is still in with a chance of avoiding relegation from the core series with one round left in France next weekend.

On Sunday 26th May, Japan lost to Wales in the Challenge Cup quarterfinals 0-17, before beating Kenya 26-17 in the 13th place semi-final and eventually beating England 29-14 to 13th spot in London.

Japan is 25 points on the Series log, while Kenya is on 27 and Wales on 30 as all three try to avoid relegation. You can see the full results and standings here. 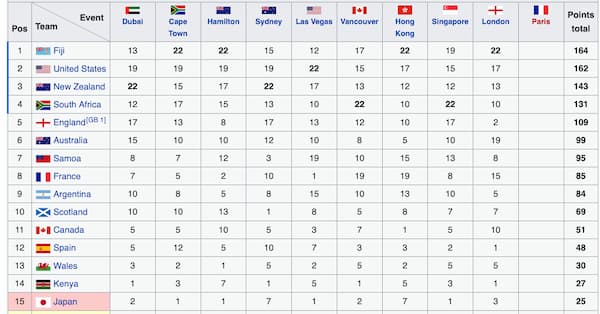 The Sunwolves continues their recent poor form in Super Rugby, losing to 7-52 to the Rebels in Japan. The Japanese franchise has already been confirmed to leave Super Rugby after the 2020 season and their results have been poor since the announcement was made. In addition, the squad has been going through multiple personnel changes with the Japan Wolfpack, RWC training squad players dropping in and out of the Sunwolves. The team remains bottom of the Australian conference. You can read a match review here.

The HK Dragons, the Hong Kong men’s national team training squad beat the Global Rapid Rugby South China Tigers 31-17 on the weekend. The Hong Kong national team is preparing for the Asia Rugby Championship 2019 which kicks off on June 8th for them. They will play Korea and Malaysia home and away this year and are looking to defend the title they won last year.

The South China Tigers recently completed the GRR Asia showcase series but don’t have a planned league until the Global Rapid Rugby 2020 season gets underway.

The Phuket Viagrabonds won the Coffin Dodgers Cup (Vets over 35s) while the Asian Japanese Dragons won the Over 45s.

The 3-day tournament, saw men’s, women’s, and two divisions of veterans rugby in hot temperatures in Thailand. For all results read more here.

The final of the All-China Cup was played on the 25th May 2019. Shanghai RFC was victorious beating Guangzhou Rams 22-15 in a tight Cup final. A pair of yellow cards in the second half to the Rams gave Shanghai the edge in the rugby final. 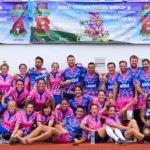