Japan’s national men’s rugby team is regarded as the strongest in Asia – the side has a long history having been formed in 1932 and they carry the nicknames – Cherry Blossoms, Brave Blossoms and Sakura. The side is currently ranked 10th in the World Rugby Rankings and reached a high of 7th in 2019.

Here are some rugby teams that may prove quite challenging for Japan to defeat for them to reach the pinnacle and sit atop the rankings.

Ireland will be one of the most formidable competitors for Japan to beat; after all, the team’s currently ranked 1st worldwide at the end of the 2022 international XV season based on the World Rugby rankings.

Ever since the rankings started in September 2003, the lowest Ireland has ranked was 9th. Fans from around the world enjoy visiting their stadium in Dublin – the ‘home’ of the team. One can also continue the live-action atmosphere by playing their favourite casino game at an Irish live casino.

A win over Ireland will always be huge for Japan, and the only time they have achieved this was in Japan at the RWC 2019, which was a huge upset as it enabled the Brave Blossoms to reach the knockout stages for the first time at a Rugby World Cup.

Another team that poses a huge challenge to Japan is the number two ranked France national rugby union team. The team has been runners-up in the Rugby World Cup (and thus far the unluckiest not to have claimed the Webb Ellis trophy – but they have been one of the form teams for a few years, play the next RWC 2023 at home, and are current Grand Slam champions of the 2022 Six Nations.

Japan played France twice in mid-2022 at home and lost both matches and then lost again 35-17 on their end-of-year tour in Toulouse. Japan Brave Blossoms are yet to record a win over Les Blues.

Also known as the Pumas, the Argentina national rugby team is the most successful in the Americas. Currently ranked 6th worldwide, one of the Pumas’ most impressive feats was defeating the All Blacks – New Zealand’s national rugby team and one of the most successful sports teams in the world. The team came third in the Rugby World Cup in 2015 and is shaping up to be a threat at RWC 2023.

The side also beat Australia in 2022 and has defeated the Springboks previously in the Rugby Championship. On their end-of-year tour in November 2022, the side also defeated England at Twickenham for the first time.

South Africa’s national rugby team, the Springboks, are certainly a team the Brave Blossoms have some recent history with. Although the Boks are ranked 4th worldwide at the end of 2022-  they ended their season with a polished win over England at Twickenham (their first since 2014) and narrow losses over the top two ranked sides (Ireland and France). SA only narrowly lost the Rugby Championship to the All Blacks in 2022.

South Africa is one of only two teams on the planet to win the Rugby World Cup no fewer than three times – but Japan famously beat the Boks in Brighton at the RWC 2015 dubbed “The Brighton Miracle” even though SA went on to finish 3rd at the World Cup.

SA claimed some revenge on Japan by beating them pre-RWC 2019 in a warm-up and then eventually knocking out the hosts from the World Cup on the way to claiming the Bok’s 3rd title in Japan. 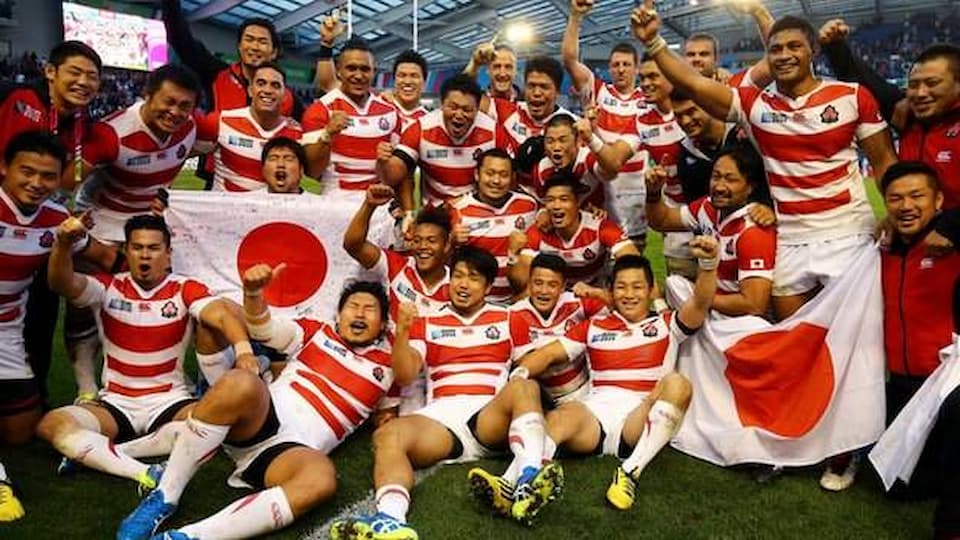 England’s team is ranked 5th at the end of 2022 and is the only northern hemisphere team to have won a Rugby World Cup- famously in 2003. Although England and its head coach Eddie Jones us under some pressure at the end of 2022, the side has never ranked lower than 8th on the World Rugby rankings and is the six nations’ most successful team, having won the most outright titles.

On Japan’s 2022 November tour if Europe, the Brave Blossoms suffered a heavy defeat at Twickenham (52-13) and the two sides will face off at RWC 2023 in Pool D.

If there’s one team to beat, it’s New Zealand’s All Blacks. This team has been ranked 1st worldwide approximately 75% of the period since the rankings were initiated by World Rugby.

Over the years, the NZ men’s XV rugby union team has racked up many records and notched up many impressive wins and titles. The All Blacks are by far the most successful team in the annual Rugby Championship which includes SA, Australia, and Argentina (they are the 2022 reigning champs too!).

NZ and SA have both won three Rugby World Cups and NZ has been named World Rugby Team of the Year ten times! Japan have never beaten the All Blacks and in the 2022 encounter in Tokyo, had one of their best opportunities but lost 38-31 after nearly scaring their formidable opponents. This is an invited post not written by Rugby Asia 247. 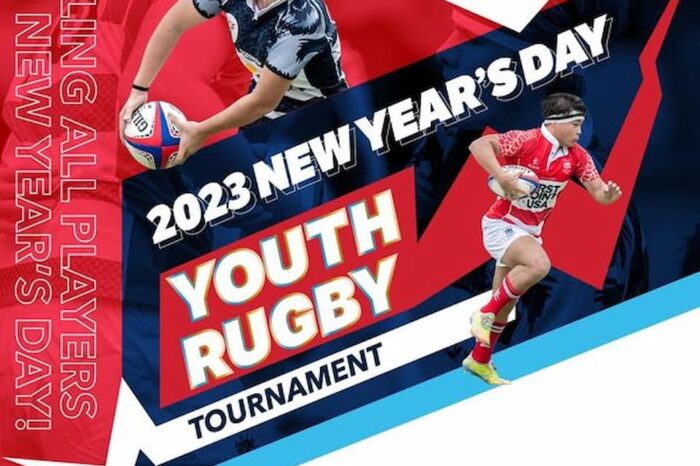 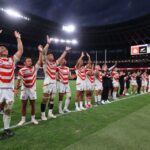