The HKRU have said about the event “Enjoy an evening of speeches, Q&As and fundraising for both the Hong Kong Community and Laureus Sport for Good.  Full sit down dinner and drinks will be available.”

The pricing of the recent ranges between HK$ 700 for Individual Seats and Table Seats are also available. 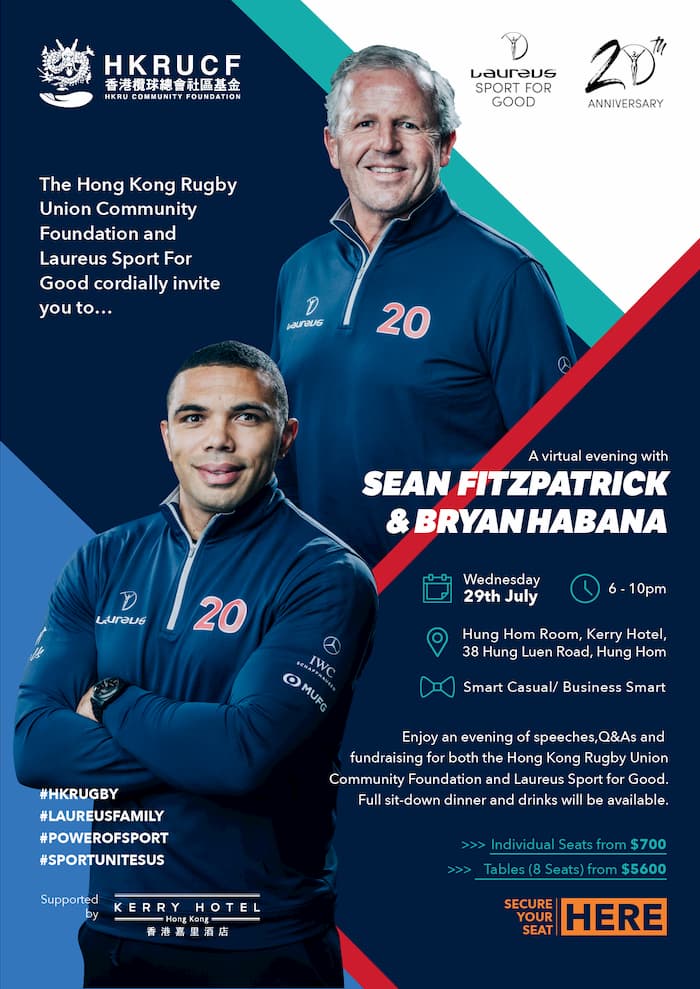 Fitzpatrick is a well-known All Black, who played at hooker 92 times for his country and captained New Zealand between 1992 and 1997. He won the Rugby World Cup in 1987 and famously lost the final in 1995 in South Africa against the hosts.

Fitzpatrick was appointed an Officer of the New Zealand Order of Merit, for services to rugby, in the 1997 and remains a popular rugby media pundit.

Habana is regarded as one of the finest players to have played rugby union and represented South Africa (Springboks) between 2004-2016, earning 124 caps and winning the RWC in 2007.

During the 2015 Rugby World Cup, he equalled Jonah Lomu’s career record of 15 tries in World Cups. He is in second place among all-time test try scorers, with a total of 67 tries behind only Daisuke Ohata.

Habana also works in the media since he retired from professional rugby and has been HSBC ambassador on the World Rugby Sevens circuit.