News has been released that the HSBC World Rugby Sevens Series 2020 has been concluded, with the remaining rounds due for Singapore and Hong Kong now cancelled and New Zealand awarded the Men’s and Women’s titles.

In a statement from the HSBC Singapore Sevens, they said “The remaining rounds of the HSBC World Rugby Sevens Series 2020, including the one scheduled to be held at Singapore’s National Stadium on October 10 and 11 have been cancelled by World Rugby in response to continued health concerns relating to the COVID-19 pandemic.”

In addition, the statement added: “World Rugby has made the decision after taking into consideration the health and wellbeing of the rugby community and the wider public. The organisers of the HSBC Singapore Rugby Sevens regret
but are supportive of the decision.

The health and safety of our fans, players and everyone working on the event is our highest priority. We apologise for any inconvenience caused.”

For more information regarding refunds and the 2021 event, please visit https://www.singapore7s.com.sg/faqs.

The HSBC Singapore Rugby Sevens 2021 is now scheduled for April 10 and 11 next year and the organisers have said all tickets purchased for the 2020 event are valid for the 2021 edition.

McRobbie said, “We are of course disappointed not to be hosting the world-famous Cathay Pacific/HSBC Hong Kong Sevens for the first time in 45 years, but we understand the extraordinary circumstances surrounding today’s cancellation of the remainder of the Series.”

For more information on ticketing, visit the Hong Kong Sevens website at www.hksevens.com

It’s unclear how this will affect Hong Kong Rugby Union who were already having to make cutbacks due to financial struggles and rely heavily on the income generated by the annual sevens showpiece event to fun the Union.

World Rugby said New Zealand have been crowned champions of the men’s and women’s series. In addition, there will be no relegation from the women’s or men’s Series in 2020. 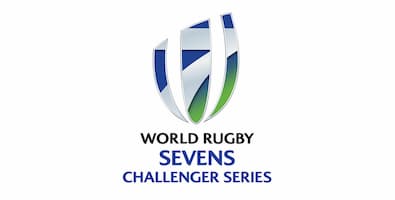 The HSBC World Rugby Challenger Series men’s and women’s final events will also not take place in 2020 due to the coronavirus pandemic World Rugby said via a statement.

Japan are however awarded the inaugural men’s Challenger Series title as they topped the rankings and will join the HSBC World Rugby Sevens Series 2021 as the sixteenth core team.

There will be no promotion to the women’s Series this year as the inaugural Challenger Series event originally scheduled for March in South Africa was not able to take place.

“As a result of these amendments, seedings for the Tokyo Olympic Games will be adapted to include results from the 2021 Series to ensure they provide the most robust and accurate representation of current form when the Games commence in July 2021,” said World Rugby.

World Rugby chairman Sir Bill Beaumont added: “While it is very disappointing for players, fans, organisers and everyone involved to have to cancel these events due to the global COVID-19 pandemic, the health and wellbeing of the rugby community and wider society remains the number one priority.

Rugby sevens is a key driver of global growth for our sport, particularly in emerging nations, and it firmly remains a top priority for our organisation. As we begin to see light at the end of the tunnel, 2021 has the potential to be a very exciting year for rugby sevens with the Tokyo Olympic Games on the horizon.”