In what is widely thought to be the final HSBC World Sevens Series in New Zealand for some time,  the NZ women’s sevens team and the Argentina men’s were crowned champions in Hamilton over the weekend.

The New Zealand women were in fine form over the course of the Sevens in Hamilton with Final Player of the Match Michaela Blyde carrying through her excellent form for 2022 into this calendar year. NZ beat USA in the final, 33-7 (which were the only points the team conceded except against a fantastic Japanese Sakura Women’s side this weekend who scored twice against them but still lost,

Argentina prevented the NZ double at home, beating the Men in the final 14-12 after trialling 0-12 – setting up another tightly contested season that has Olympic 2023 Qualification at stake and a new relegation format for the Men’s Series.

The Series next moves to Sydney, Australia from 27-29 January 2023 with the New Zealand women and men leading the rankings. 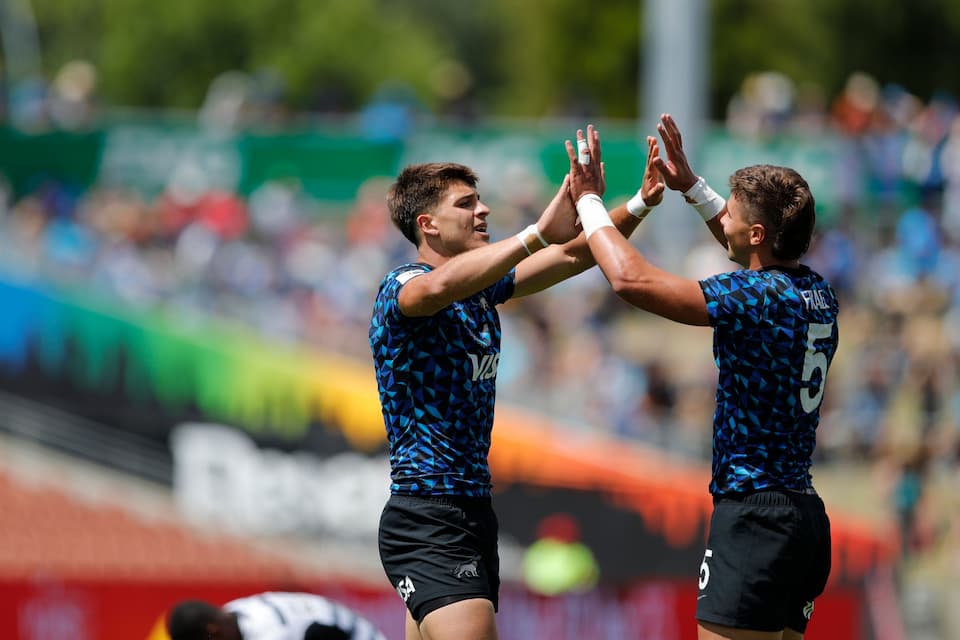 As mentioned, on their way to lifting the title in New Zealand, the women were superb, scoring 225 points and conceding just 19 across the weekend. Michaela Blyde scored a hat-trick in the 33-7 win over the USA, with New Zealand captain Sarah Hirini saying:  “It is so amazing to win our home tournament, the support have been brilliant and we are delighted. The team have given everything over the two days and we will enjoy this one.”

New Zealand now has one silver and two golds from three events, while the USA has two bronzes and a silver.

Australia claimed bronze with a 33-17 victory over Ireland, and the top 4 teams in the women’s Series seem to be shaping up but there is a long way to go.

The Japan Sakura 7s were in excellent form and finished in their highest position of 6th, after losing to GB in the 5th place playoff game, narrowly losing 10-14. Over the weekend, the Japan team lost good games to Australia and France in the pools before beating Canada. They then lost to NZ but scored the most points against the winners, and surprised France with a 19-12 victory before the final match with GB.

New Zealand leads the HSBC World Rugby Sevens Series standings with 58 points, Australia second with 54 points and USA third with 50 points. Japan put some distance between themselves and Spain & Canada are now tied for 8th in the Series. 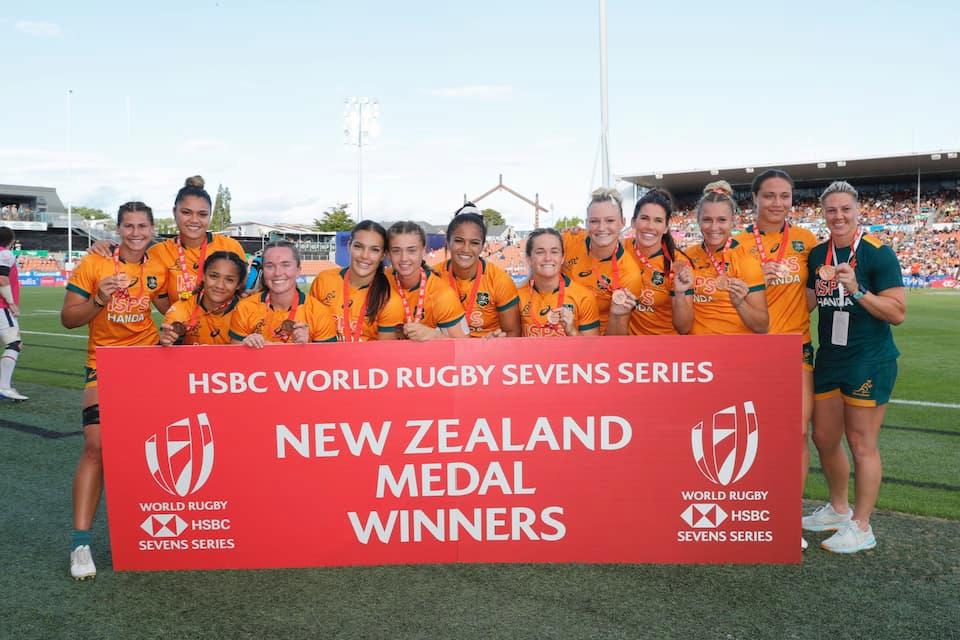 The Argentina men upset the hosts in the Cup final, winning 14-12 against the All Blacks Sevens. The second half belonged to Argentina after behind 12 points down at the break, and tries from Santiago Alvarez and Marcos Moneta – converted by Santiago Vera Feld and Tobias Wade respectively – put them 14-12 up. NZ nearly cinched it at the end when Brady Rush had a try disallowed for New Zealand, meaning Argentina claimed a famous win in Hamilton.

The USA took bronze with a close 15-14 win over France and moved up to second in the Men’s rankings, and ensured both the USA men and women picked up medals.

Argentina’s Gaston Revol said, “This is just amazing, we have worked so hard for this. To beat New Zealand in New Zealand is the ultimate and the team never knew when they were beaten, everyone put in a lot of effort.”

The Blitboks, Fiji, Samoa and Australia will all consider themselves to have lost ground, but it just shows how competitive the Series is, again!

New Zealand now leads the HSBC World Rugby Sevens Series standings with 63 points, the USA second with 61 points and Argentina third with 59 points. South Africa drops to 4th on 57 points, just ahead of Samoa, Australia and France, while Fiji is in 8th.

Japan languish in the relegation spot after another disappointing outing and have finished each of the four men’s Series events in the bottom place of the core teams. They managed a solitary win over Uruguay in Hamilton. 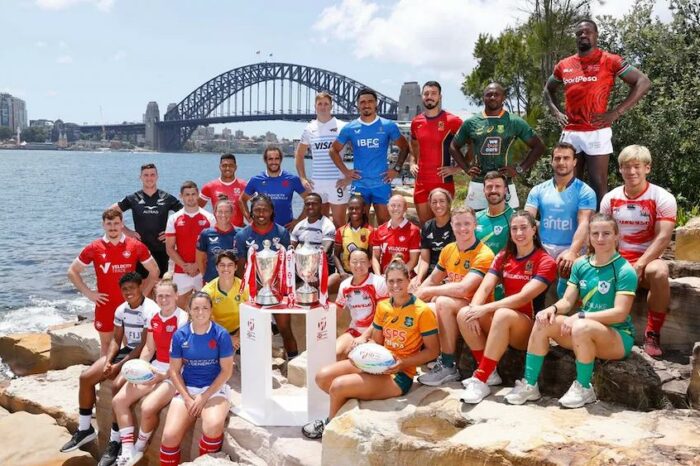 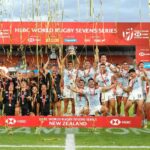