The Philippines Rigby Football Union (PRFU) have announced the Men’s Open & Women’s Divisions will turn out for the PRFU 2022 Globe 7s Series 27 August 2022 at the Alabang Country Club (Luzon).

The 2022 Globe 7s Series will determine the champion 7s teams in the Southeast Asian country and the full list of teams has been released for the event, which sees 7 women’s and 7 men’s teams involved.

The Women’s Division 2019 defending champions, the SKF Mavericks Ricky are led by Playing Coach and PH Volcano, Rara Sales but the side will be pushed for the title by the 2022 Luzon Rugby Cup Premiership winners, Eagles RFC, and its development team, the Ibons.

The Clark Jets will be led by PH Volcano, Jocefine Lareda, while Nomads Rogues will be led by veteran Rona Molines. La Liga is a new women’s rugby team in the Philippines and enters its first 7s competition led by a veteran touch rugby player, Angelika Ami.

The Open Division will see 2019 defending champions, the Eagles RFC try and defend their title from The Clark Jets, who were the 2019 runners-up. The SKF Makati Mavericks are bringing 2 teams to the Open division. while Manila Nomads are led by former Queensland Maroons youth player Adam Baxter. The agles RFC’s development team, the Ibons, will also be competing as well as the return of the Manila Hapons.

The playing schedule and pools for the first leg of the Series have also been released. Fans and supporters are invited! Kindly complete the health declaration form upon entry to the venue. 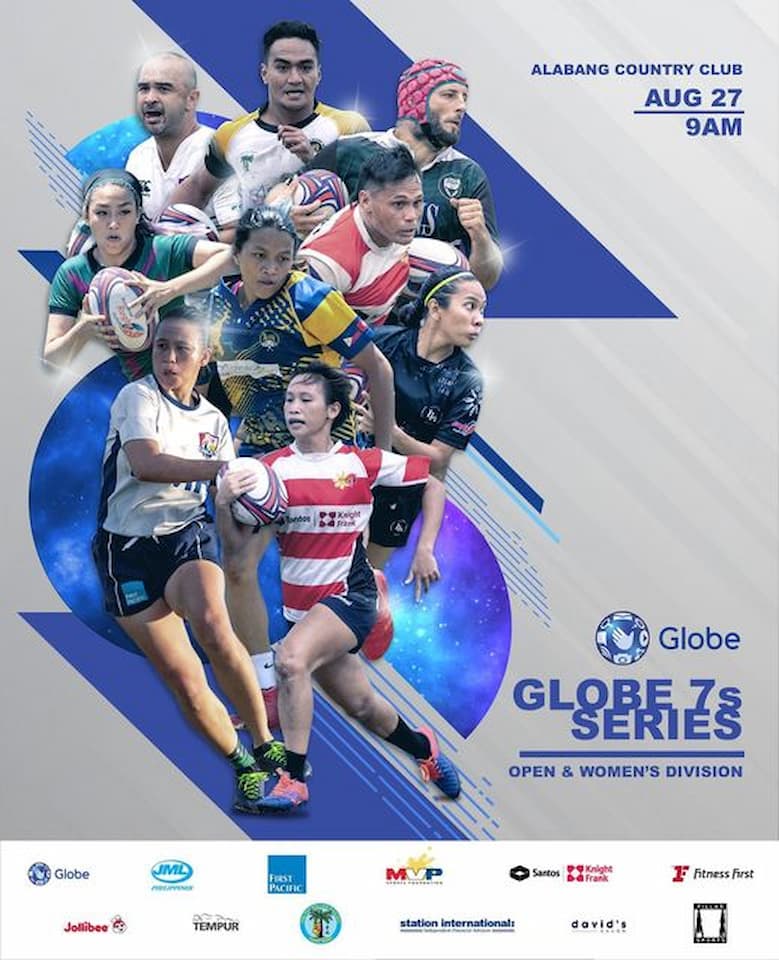 This follows the first leg of the 2022 Globe 7s Series – National Development Division which took place on 13th August at the Ayala Vermosa Sports Hub.

The development round included two pools of three teams each, which were composed of La Liga 2, Nomads Kalabaws, and defending Champions Clark Jets in Pool A, Pool B included Albay Bulkans, La Liga 1, and SKF Makati Mavericks for Pool B.

The SKF Makati Mavericks won the championship with a 4-0 win record after beating Clark Jets 34-7, and Manny Eduque was awarded as Most Valuable Player (MVP)

You can read more on the PRFU website here.

The festival schedule for the Men’s Open & Women’s Divisions of the 2022 Globe sevens Series has been added for the event. We will update the article if more information is made available.

How to watch the Luzon PRFU 2022 Globe 7s Series

Only Covid-19 fully vaccinated individuals and those who have completed their Health Declaration forms will be allowed to enter the venue. Gates will open at 8:00 am for all local rugby supporters to join. The entrance is free.