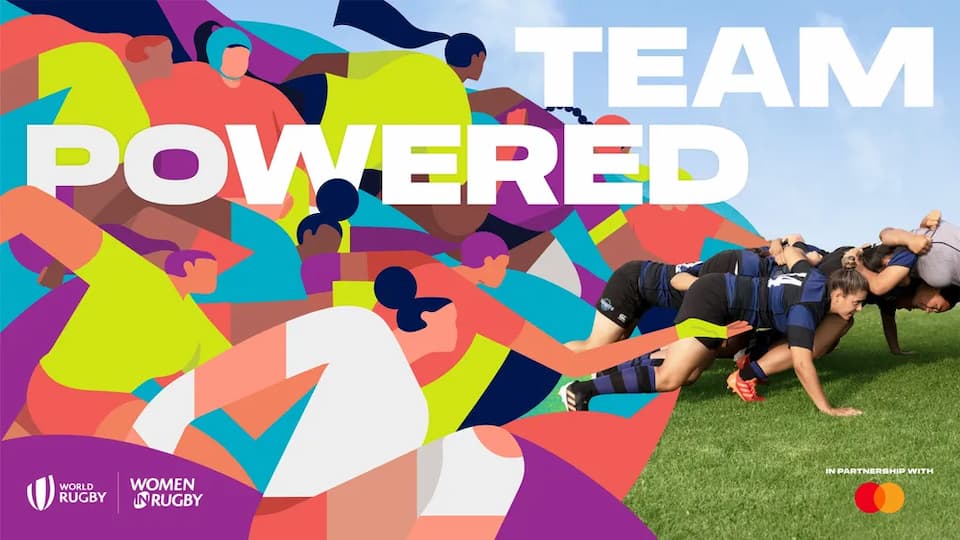 World Rugby has announced details of a transformative five-year partnership with Mastercard on June 9 2021 which aims to accelerate the development of Women in Rugby and has simultaneously launched a global Team Powered Women In Rugby Campaign marketing campaign.

The governing body wants to ambitiously “accelerate the development of women in rugby 2017-25 strategic plan” and says its ground-breaking partnership will deliver a series of firsts, with Mastercard.”

World Rugby Chief Executive Alan Gilpin said: “Team Powered showcases the unique values, diversity and inclusivity of women’s rugby and will encourage more women and girls to get involved in the sport, on and off the pitch. Our new commercial partnership reflects our ambitious plans to advance women in rugby at all levels and, as a long-standing supporter of rugby, Mastercard is a perfect fit.

Our vision for the sport is very much aligned with a focus on accelerating accessibility, visibility, commerciality, and competition within women’s rugby – the single-biggest opportunity to grow the sport as a whole globally.”

As part of the partnership between World Rugby and Mastercard:

Mastercard will also be the exclusive partner of the Youth Unstoppables element of the Team Powered campaign. They will promote the sport through a digital content series “championing inspirational females around the world.”

The press statement from World Rugby confirmed the latest Nielsen Research for World Rugby reporting that women’s rugby is on the rise with interest in established markets up to 45 per cent and in emerging markets to 27 per cent, a 15 and 22 per cent increase since 2018, respectively.

Mastercard will be using its Priceless platform to curate unique experiences with World Rugby and brand ambassadors exclusively available on priceless.com/rugby (the link was not working at the time of press release launch).

This will see the development of rugby-specific content in the future that reinforces the company’s dedication to gender equity, aligning with its signature STEM curriculum titled ‘Girls4Tech’ said World Rugby.

What is the Team Powered Women In Rugby Campaign?

World Rugby launched a new Team Powered Women in Rugby marketing campaign which aims to inspire more women and girls to play and watch the sport.

They intend to achieve this by showcasing their “belief that women’s rugby is the ultimate team sport – on and off the pitch – and how, through the power of togetherness, a team is greater than the sum of its parts.”

We have highlighted some initial reaction we found online about the Team Powered Women In Rugby Campaign video that was launched to initiate the campaign – which seems overwhelmingly positive:

Alison Donnelly (Comms at Sport England and ScrumQueens Founder) said in a series of Tweets that the video correctly “Focuses on the social aspect of rugby + enjoyment” while the campaign is “designed to spur grassroots numbers and that’s it’s always a risk using elite athletes – the World Rugby video has a good balance.

Katie Sadleir, World Rugby Women’s Rugby General Manager, said: “We are thrilled to welcome Mastercard on board as our founding partner of Women in Rugby. A core pillar of our ambitious Women’s Strategic Plan is to develop a strong and engaged portfolio of strategic commercial partners committed to long-term investment and support for the women’s game.”

ScrumQueens said, “Mastercard have had involvement in women’s game already but this is far more significant & should hopefully help bring other partners to the table, recognising the growth & opportunity in the women’s game & the vfm (value for money) it represents!”

We assume as more content is produced and released, the emerging rugby nations will also be profiled, as the only small criticism we have of the initial video is it’s still focussed on the core nations in the women’s game; UK, NZ, France, USA, Australia etc. 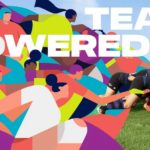