The Asia Rugby U19 Men’s Championship 2019 will be played in Chinese Taipei (Taiwan) from the 8-14th December with four national teams in action. The tournament is also a 2020 World Rugby Under 20 Trophy Qualifier.

The week-long tournament will include national men’s under 19 teams from:

The Under 19 Championship is the top tier of Under 19 rugby in Asia. The Division 1 (Thailand, Philippines, Sri Lanka & China) and Division 2 (Malaysia, UAE) championships will be played later in December.

The teams will all play each other in a round-robin format in the Under 19 Championship, with games played on 3 dates. Hong Kong won the ARC U19 tournament in 2018.

The full schedule and results should be available on the Asia Rugby website.

The winner from Asia will qualify for the World Rugby Under 20 Trophy 2020 which will be played in Spain. Japan won the 2019 tournament in Brazil. 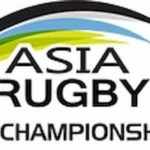