The JRFU announced the Brave Blossoms to take on the French in the first of the two-match series which will be played in Toyota City Stadium in Aichi, on Saturday 2nd July 2022.

The Japanese men’s XVs team recently completed a 2-0 clean sweep of the Uruguayans in Japan (winning 34-15 and 43-7 respectively). The last time they played the French, they earned a 23-23 daw in Nanterre back in 2017. This is a very different French side who won the Six Nations Grand Slam in 2022 and they are one of the favourites to win the RWC 2023 at home. France has beaten Japan in all of their other previous nine encounters.

Japan Head Coach Jamie Joseph said, “I’m really confident around the application of our players. They’ve been training hard, been very diligent and we’re really keen to put in a good performance. We’re looking to build depth and competition in every position, so I’m really heartened by the guys that have come into this test match against France and how they’re putting pressure on the other players.

The key areas Joseph has identified are:

Frank Murphy (Ireland) takes charge of Japan and France for the first time. The second test match will be played at the National Stadium in Tokyo on Saturday, July 9 2022.

Some of the Japanese players were not considered for selection due to testing positive for COVID-19. These include Horie, scrum-half Naoto Saito, and full-back Ryuji Noguchi, reported Japan Rugby News. In a late change, Takuya Yamasawa also tested positive which sees Lee Seung-Shin starting at fly-half, while Shane Gates enters the match-day squad.

Atsushi Sakate will captain the side for the second time and earn his 29th cap for Japan at hooker, while Michael Leitch will earn his 74th cap at blindside-flanker.

Two debutants have been named on the bench, with Yukio Morikawa as reserve prop and Taichi Takahashi as a replacement wing.

Charles Ollivon will captain the French who are missing some star players but they have built up incredible squad depth over recent years.

Damian Penaud and Melvyn Jaminet are the only two players who started France’s Grand Slam-winning match and do so against Japan. There are four uncapped players in the squad; Thomas Jolmes, Yoan Tanga, Thomas Lavault and Selevasio Tolofua 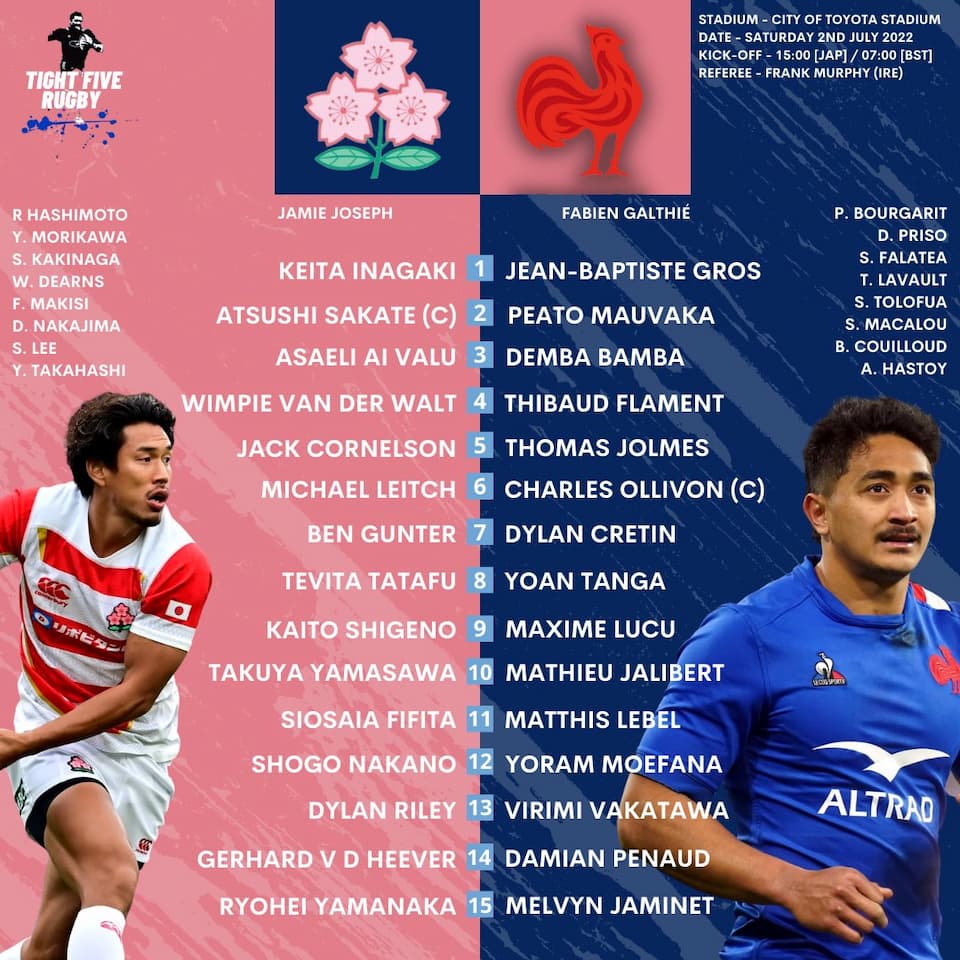 How to watch Japan play France? 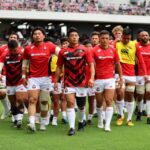