The Hong Kong Football Club Rugby Section, which runs the GFI HKFC 10s,  has announced the cancellation of the 2021 edition of the 10s rugby tournament. The organisers also had to cancel the tournament in 2020 due to COVID-19 but are hopeful of a 2022 return of the popular tournament.

The Hong Kong Football Club Tens rugby tournament was scheduled to take place from March 31 – April 1, 2021. With a number of HSBC World Sevens Series already cancelled for the upcoming season, doubts are also being raised about the Hong Kong and Singapore 7s going ahead in April 2021.

Gareth Wilde, Chairman of the HKFC 10s Organising Committee, said in a statement: “Despite the hard work and dedication of everyone involved with the planning and organisation, during these extraordinary circumstances, the Organising Committee have assessed the headwinds and challenges, and concluded that it is not feasible to hold the tournament at the high standard expected by the rugby community and enjoyed for so many years previously by sponsors, spectators and teams owing to the restrictions and uncertainties caused by the pandemic.

“This decision has not been taken lightly and it is a great disappointment for us to have to cancel this much-loved event. However, significant efforts are already underway to mark our 35th anniversary in another way in 2021 and for the tournament to be back with a bang, in true HKFC 10s style, for 2022,” Wilde continued.

The HKFC Rugby Section added that it is considering “what other rugby activities it can undertake at the Club to support the 2021 ‘Hong Kong Rugby Week’.

The HKFC 10s was first held in 1986 and is hosted each year by the Hong Kong Football Club Rugby Section. It is one of the most popular events during the Hong Kong ‘Rugby Week’ when the sevens take places.

The invitational 10-a-side rugby tournament has seen some big rugby starts and a number of internationals get involved over the years.

The 2019 HKFC Tens champions were Biarritz Gavekal (for the third time running) after beating Tradition YCAC in the final. 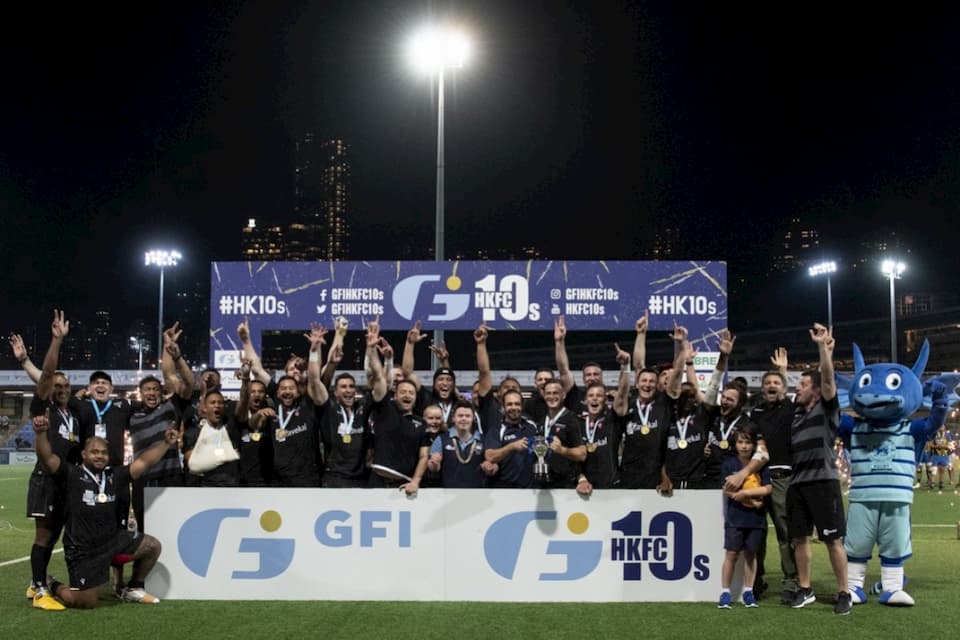 The 2019 HKFC Tens champions were Biarritz Gavekal (for the third time running) after beating Tradition YCAC in the final.