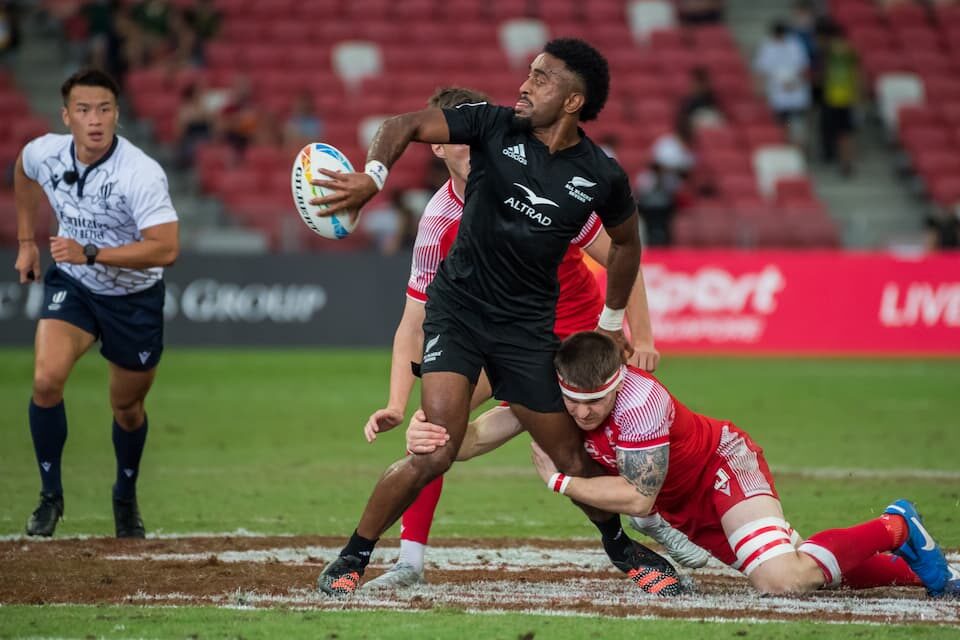 The HSBC Singapore Rugby Sevens 2022 action on day one lived up to expectations with several exciting games, some upsets for the record books, and a lively crowd back in the Singapore National Stadium for the first time since 2019 to watch the HSBC World Sevens Series.

South Africa came into the fifth round of the Series undefeated and chasing more records but in the final match of the day, the USA beat the Blitzbokke in the final seconds of the match, with USA star Perry Baker ending South Africa’s incredible winning streak of 36 matches stretching back to last season. 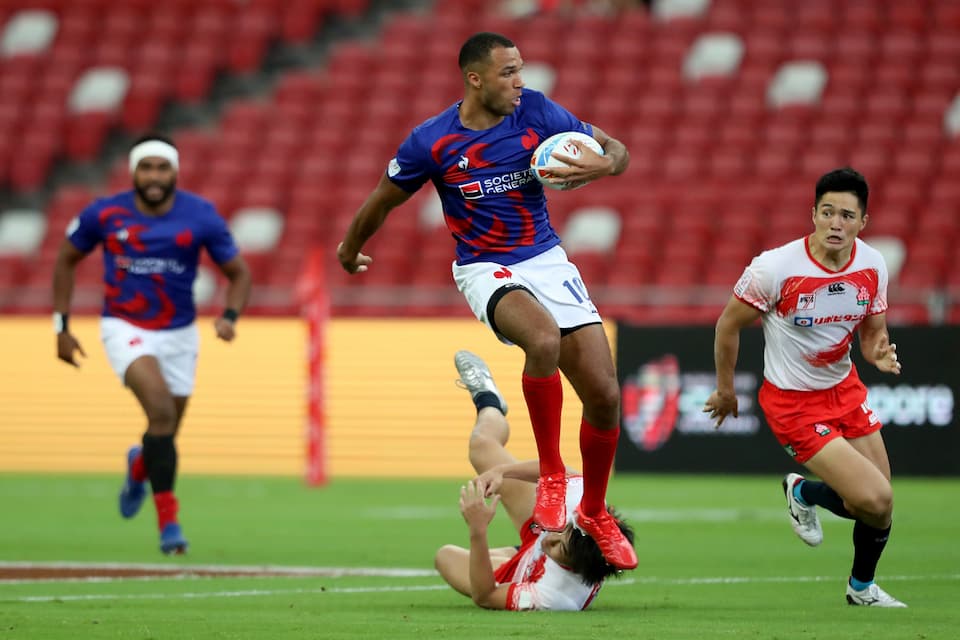 Both teams are still through to the finals day in the Cup quarterfinals. In addition, Australia, Samoa, New Zealand, Argentina, Fiji and Ireland have made it through to the Cup playoffs in what should be a thrilling second day in Singapore.

There were several highlights on day one, these included:

There were several other notable performances with Spain showing up really well despite their losses, while Samoa is our outside bet for finals day with some crushing wins. Australia was an attacking threat all day and looked like a real contender for the Cup with some excellent interplay and tries.

England was off-colour and on the end of some big defeats – losing 40-0 to Australia and 31-5 to Samoa.

The same can be said of Japan who will hope to find a spark on finals day. The only Asian team at the Singapore Rugby Sevens 2022, they went down 36-14 to France, 38-7 to Ireland and the record defeat Fiji 62-0. The team looked tired and simply dropped off tackles too easily and failed to maintain possession.

The finals day commences at 11:00 local time (GMT+8) on Sunday 10 April 2022 and in the Cup quarter-finals, South Africa will be looking to recover from Saturday’s disappointing defeat as they face Fiji.

Springbok Sevens coach, Neil Powell said: “We always knew that we would lose somewhere along the road, it was going to happen sometime or another. We also felt that it did not matter against who we conceded defeat, as long as it was not against ourselves, but a better team on the day. Sadly we did lose against ourselves today.” The QF matches in Singapore are:

The gold medal cup final is scheduled for 19:27 (local time). You can find all of the results from day one & the fixtures for day two here. Photo Credit: HSBC Singapore Rugby Sevens – fans and families have a range of activities at the National Stadium

Singapore Sevens 2022 Welcomes back a Crowd

In the first major sporting event since the easing of COVID-19 restrictions in Singapore, a maximum of
12,000 fans have been allowed inside the National Stadium each day.

There has been plenty of action off the field for the family-friendly event with activities and programmes such as an inflatable playground, bouncy castles, games and movie screenings – see more in our guide on all the activities at the HSBC Singapore Rugby Sevens 2022. 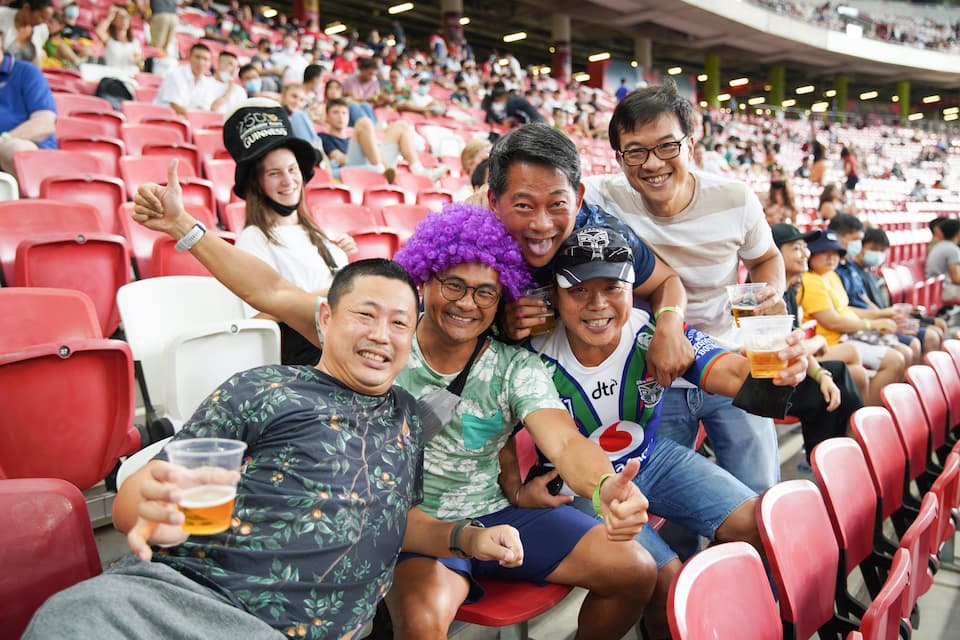 We have a fantastic interview with HSBC Rugby Sevens ambassadors Waisale Serevi and Nathan Hirayama coming out soon – stay tuned! 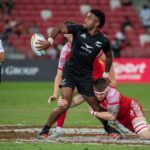