The new season the Japan Rugby League One 2023 kicks off when the Ricoh Black Rams Tokyo face the Mitsubishi Heavy Industries Sagamihara Dynaboars on December 17 2022 in Tokyo.

The organisers of the Japan Rugby League One say it is a statement of the intent of the nation to gain a prominent place in the global club game.

The Wild Knights edged Tokyo Suntory Sungoliath in the last Top League final two years ago and beat Sungoliath again in a tight finish to the inaugural Japan Rugby League One final.

Other semi-finalists Kubota Spears Funabashi, Tokyo-Bay, and Toshiba Brave Lupus Tokyo should also be in contentions this season, while star-studded Toyota Verblitz will be making amends for missing last season’s playoffs.

JRLO chairman Genichi Tamatsuka is confident about the league’s future after its’ complicated birth impacted severely by the global pandemic, saying “While the victory and the first title were deservedly won by the Saitama Panasonic Wild Knights, we were all victorious, by getting our new league up-and-running in such unique and difficult circumstances.

We appreciate that the number of big-name players and coaches in Japan Rugby League One generates interest for fans far beyond our shores. This is something that we are proud of and want to build on as we look to grow the league’s identity globally, while also extending the game’s reach further across Asia.” 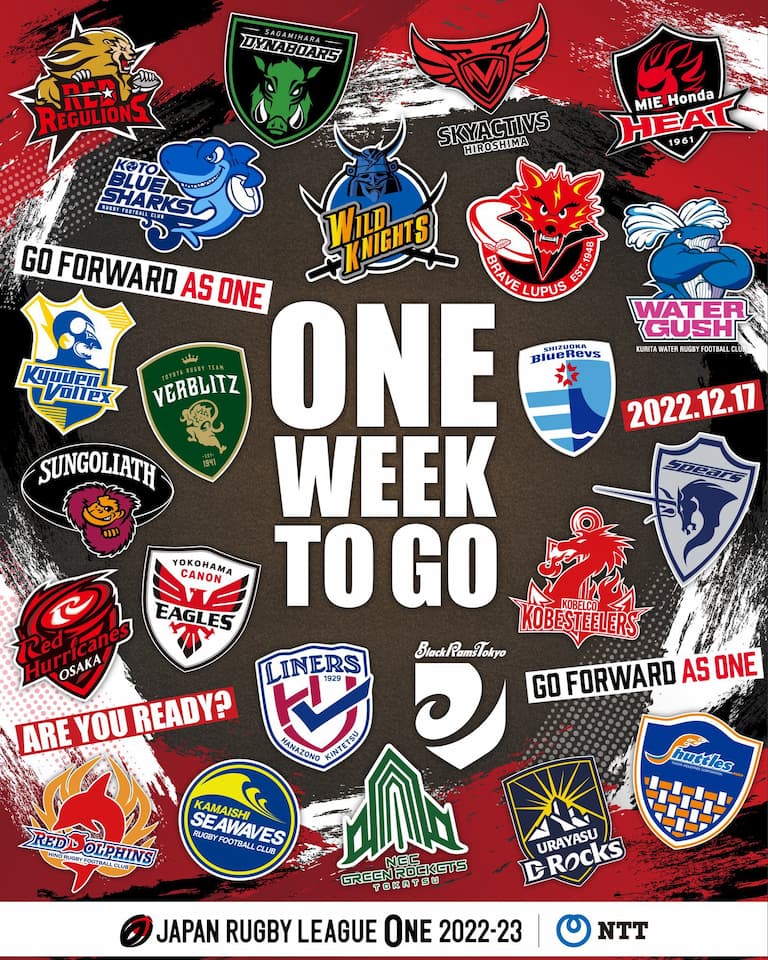 The league has been reorganised for this season, with 12 teams contesting Division One, while six sides compete in the Second Division and a further five in the Third Division.

The competition includes a round of matches on Christmas Day (25 December 2022)and the finals take place at the end of May 2023.

Teams are allowed up to three foreign-capped test players in the Japan Leagues and a number of international stars are making their debut in Japan with several others returning from last season.

Seven of the Springboks who ended their November overseas international tour with a big win over England at Twickenham are now in Japan with their teammates.

Wallabies players include Samu Kerevi, Marika Koroibete, Quade Cooper, and Bernard Foley who continue their careers in Japan. Kerevi will only play the last month of the season at best as he recovers from a knee injury sustained in this year’s Commonwealth Games Sevens. Koroibete at Saitama Panasonic Wild Knights are in pursuit of a third straight championship.

Powerhouse midfield player and former All Black Ngani Laumape is also a new face in this season’s Japan Top League after leaving the French Top 14 league.

The Second Division also have plenty of international stars.

Will there be an Asian cross-border Rugby competition?

Asia remains the only continent without some sort of regional professional rugby club tournament and even earlier in 2022 the JRLO boss said “We need a cross-border type of competition to push up the quality of the league”.

Since the Sunwolves were ousted from Super Rugby and the short-lived Global Rapid Rugby experiment, the region is desperate for this type of completion, say some.

The Asia Rugby President Qais A. Al Dhalai recently posted a hint of a new Asia Rugby Grand League without providing any details (we assume this is aimed at national levels of rugby). 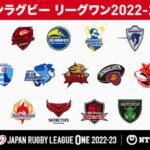