The series against France had been known for some time, but this week it was announced that Uruguay (Los Teros) will play two test matches against Japan, however, these will “fall outside of the player release windows of July and November.”  As a result, Los Teros will take a Súper Liga Americana de Rugby (SLAR) team to Japan for the two test matches in June reported Americas Rugby News.

The dated and venues for the Uruguay tour have since been confirmed and will be played in mid to late June 2022.

Japan and France have already qualified for RWC 2023, while Uruguay is likely to play at home against the teams that qualify for RWC 2023 as Europe 1 and Europe 2 qualifiers (two of Georgia, Romania, Portugal and Spain).

The tour to Japan will be Uruguay’s first since 2015 but they also made their mark at the Rugby World Cup 2019, famously beating Fiji.

The venues for the France matches have been updated

For the November 2022 tour, JRFU has already confirmed that the Brave Blossoms will be playing England at Twickenham.

Tickets for all four test matches will be available online and exclusively at SAKURA CLUB TICKET, TicketRUGBY, and Ticket Pia.

Members of the Japan Rugby Sakura Club can benefit from advanced access tickets sales to all National Team games hosted in Japan. In addition to Japanese, Ticket Pia will also be available in English.

Fans should note that there will be no ticket sales at any of the match venues on match day. 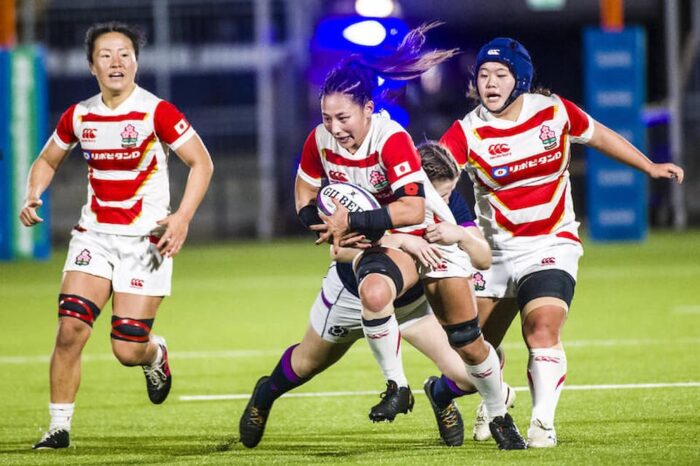