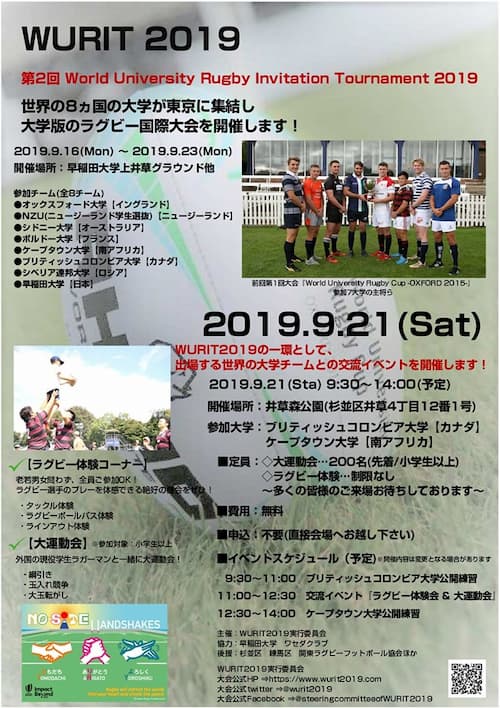 The World University Rugby Invitational Tournament (WURIT) 2019 which is taking place during the Rugby World Cup in Japan has confirmed the match schedule and other events for rugby fans to get involved.

We first reported on the University rugby tournament back in February, when they were crowdfunding enough monies to enable the tournament to proceed. They easily reached their goal and were at over 125% by May 2019. In the end, they raised the equivalent of around 6,266,000 Yen (About $58, 900).

The organisers said at the time:

“With the money raised we will be able to hold events for the local children to come and practice with the international players coming to participate!  As well as this, new seating will be arranged in time for the tournament.

Finally, an aftermatch function will be held thanks to the money raised, inviting all the players to come together and celebrate what we hope will be a successful tournament.”

​As mentioned, in addition to the main rugby festival,  training events have been organised with the participating overseas rugby teams from the funds raised.

In addition, some of the teams will be holding training sessions which are open to the public to watch.

The teams from Canada (British Columbia) and South Africa (Cape Town) will be participating at Suginami Kuritsu Igusamori Park, while at Nerima Sports Park the New Zealand and the UK (Oxford University) teams will be at these events. 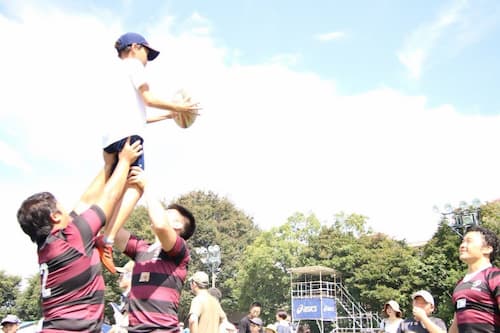 This youth-targeted rugby experience is for all ages and gender and the University rugby players will coach the kids on:

Train Together with Rugby Players

Young rugby fans can get a chance to train with rugby players in events such as a Tug of War.

The main rugby tournament will feature 8 teams from 8 different countries. They are split into two pools of 4 and will play round-robin games which last 2o minutes each. It appears as if the finals will be played on the 23rd of September 2019.

The Waseda University Rugby Football Club are the hosts while University of Cape Town – Ikey Tigers Rugby Club from South Africa are the defending champions. 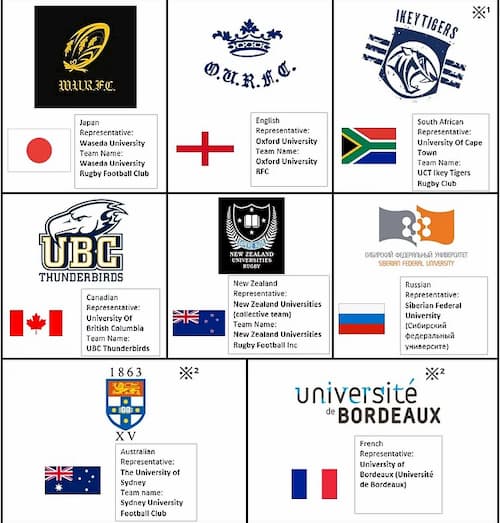 Here is the breakdown of dates for the World University Rugby Invitational Tournament.

For more details on the venues and fixtures see the WURIT website.