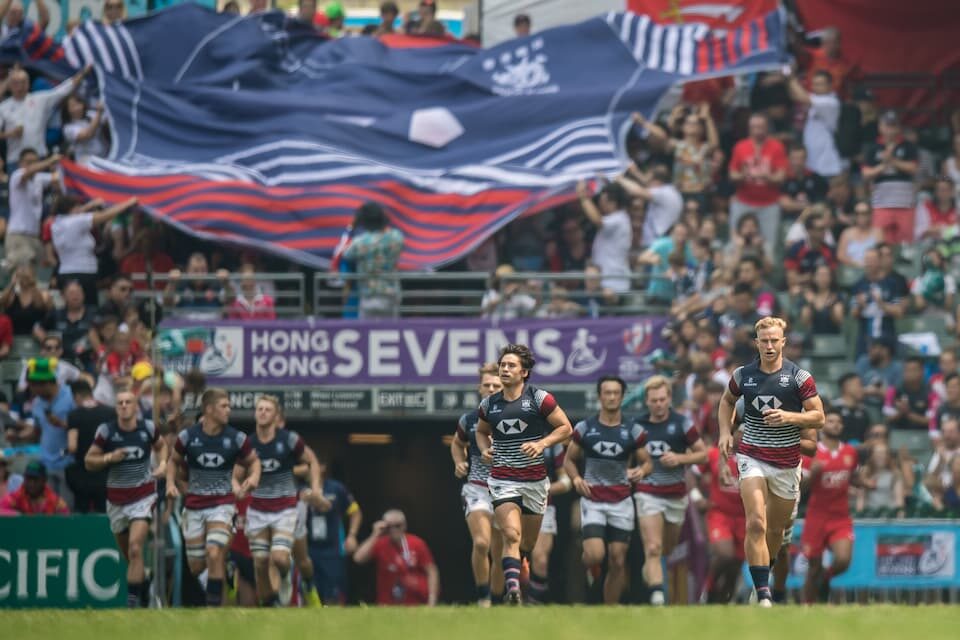 The 2022 Cathay Pacific/HSBC Hong Kong Sevens was launched in the city’s central business district at the HKEX Connect Hall. The Hong Kong Rugby Union confirmed that the world’s best rugby sevens tournament is back in business with pools and details announced, while the HK government also announced new relaxed COVID entry rules.

The symbolic launch, which was also on the back of growing pressure from the business and sporting community in Hong Kong to re-open, saw Mr Paul Chan Mo-po, Financial Secretary of the Hong Kong Government, and one of the Sevens’ most steadfast supporters throughout the pandemic enforced closures, have the honour of physically striking the gong to close Hong Kong market trading on Friday 23rd September and officially open Sevens season in the city.

Mr Chan added “The Hong Kong Sevens and business have been an inseparable pair, famously intertwined, for decades. The return of the Sevens means business is returning too. My colleagues throughout the Government are working with HKRU to relaunch sporting events – despite the unprecedented challenges brought about by the pandemic.

The momentum will keep on building. Today’s “Gong Striking” makes that clear. Hong Kong is poised to re-embrace the world, and a world of rewarding connections – in business, sports, entertainment and whatever else you have to offer. See you at the Sevens.” The tournament draw was made under the theme of ‘Our HK7s’ and will see the first HK Sevens since 2019.

Chris Brook, the newly elected Chair of the HKRU said “as a resident of this incredible city for over 40 years; and a lifelong rugby player and fan, I am both very delighted and very relieved to mark the kick-off the 2022 Cathay Pacific / HSBC Hong Kong Sevens.”

Luanne Lim, Chief Executive, Hong Kong, HSBC also added that HSBC will bring rugby into the metaverse. “Between mid-October and the end of November, we will be staging a virtual stadium in The Sandbox, allowing the public to immerse themselves in rugby through games and quizzes.”

In the information supplied to the media, the HK Sevens generates an estimated HK$500M+ annually for the city and has done so for decades. The postponement since 2019 has seriously affected the HKRU finances to the tune of HKD+250m  in financial losses and forced a reduction in staff at the union by 50%.

The HKRU confirmed in mid-October 2022 that the Cathay Pacific/HSBC Hong Kong Sevens Ambassadors include: 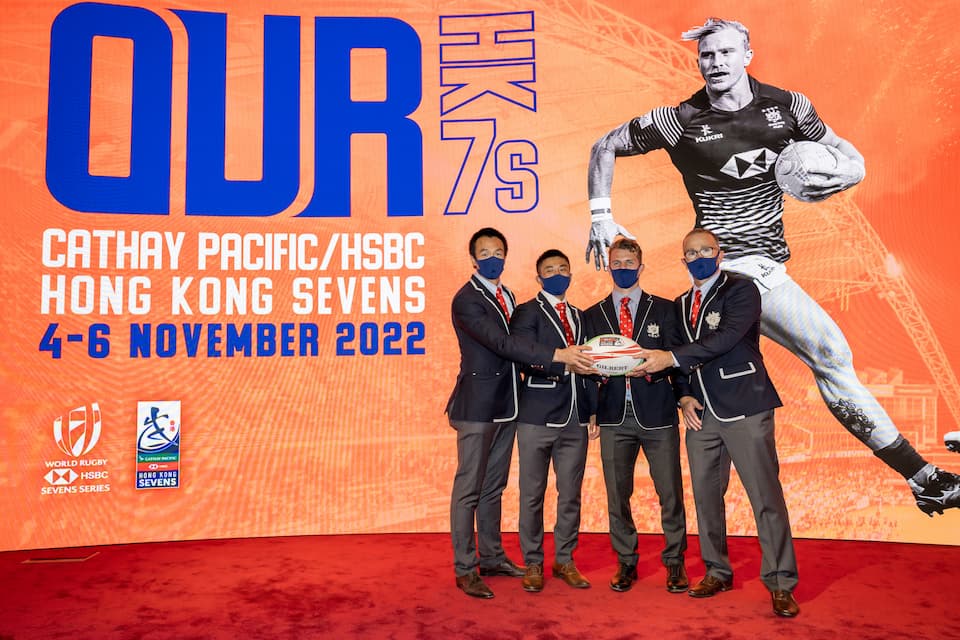 Hong Kong Sevens Head Coach Paul John said: “Playing in the Hong Kong Sevens is something we want the players to really enjoy and just take in the experience, especially after such a long hiatus. After three years the fans are going to really love it and we want the boys to relish the occasion.

“As the invited team this year, we are not expected to win – although that is certainly our target, but we can enter the event really loose, knowing that we have nothing to lose. Playing against three of the best teams in the world in our pool is a great challenge and a perfect opportunity for us to go out and show them how we play sevens here and why Hong Kong is the best place in the world to play sevens,” added John.

The full schedule for the weekend was released by the HKRU on October 12th 2022 – you can download it here. 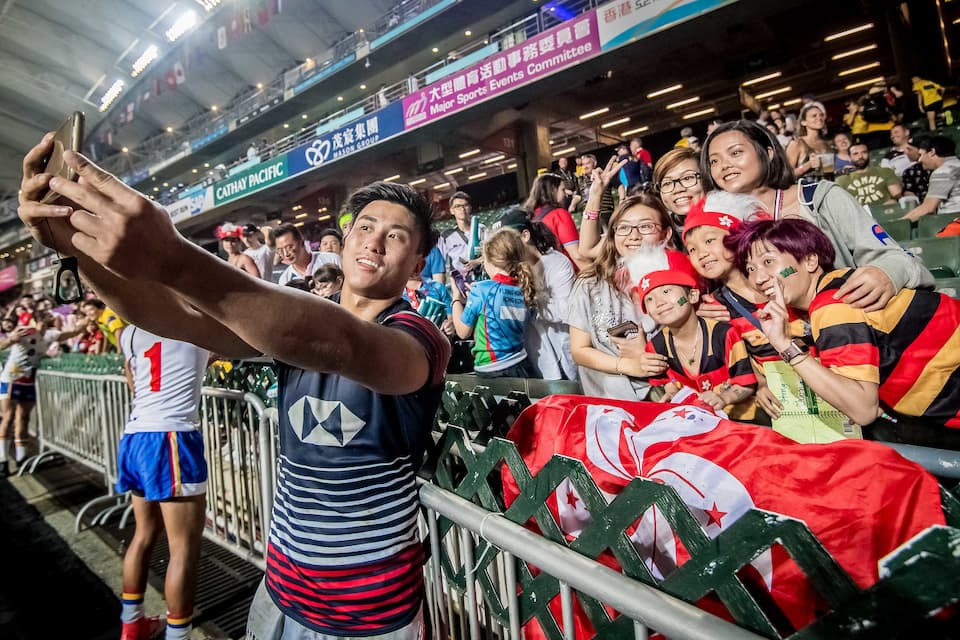 It was also announced that from September 26, 2022, overseas travellers will no longer be confined to hotel rooms for quarantine upon arrival and even unvaccinated residents are also allowed to enter the city.

According to the SCMP “Under the new “0+3” arrangements taking effect from September 26, travellers from overseas or Taiwan will no longer undergo three days of hotel quarantine. That will be replaced by three days of medical surveillance, with travellers staying in their own homes or hotel of their choice.”

Subscribers to the HK Sevens newsletter will receive 24-hour early access to ticket sales on 28 September 2022 and the general public sales will begin on 29 September with tickets retailed via the official HKRU Ticketing Platform.

The HKRU acknowledges the likelihood that the majority of spectators will be HK residents in 2022, a deviation from the traditional 50% locals / 50% overseas visitors. 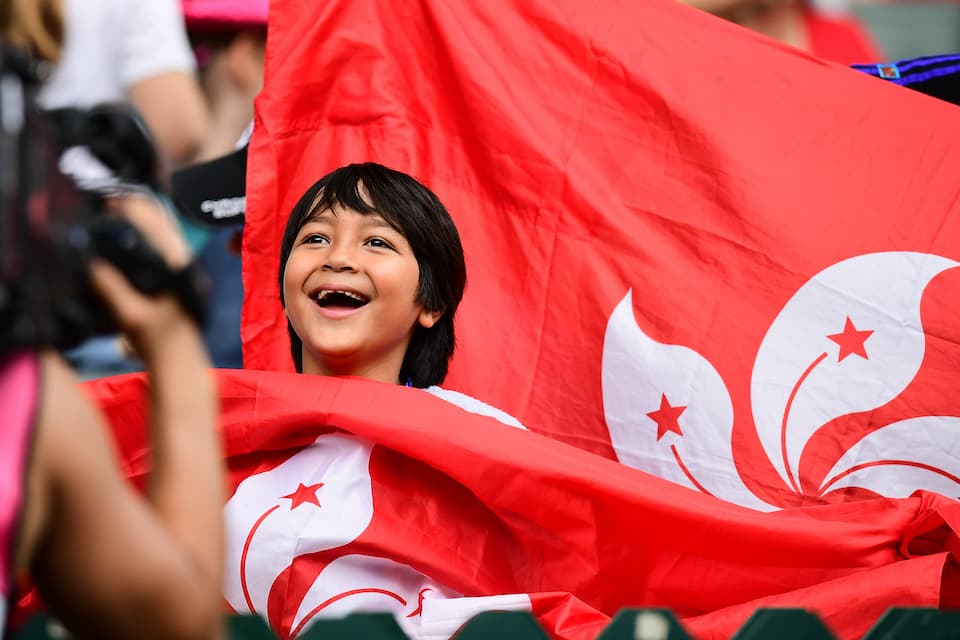 The Red Stripes will be headlining the local entertainment showcase, while Waisale Serevi has been confirmed to attend as ambassador. The HKRU hope to host thousands of local school children to the event without cost on Friday evening as part of our community engagement efforts.

The HSBC World Rugby Sevens Series 2022/23 will see a second series event in Hong Kong for the traditional tournament in early April including the women and men. 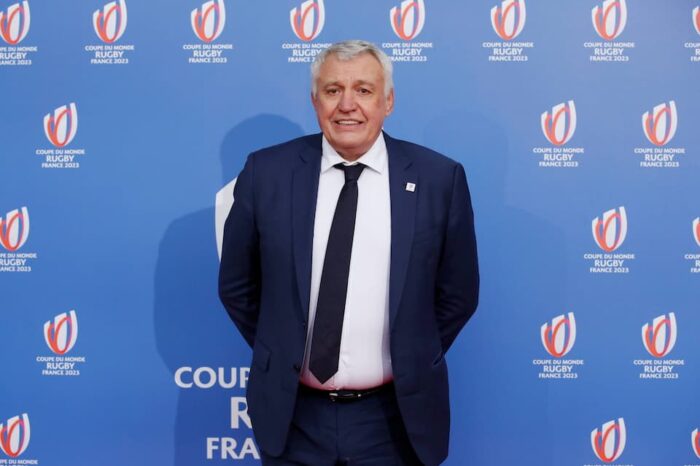 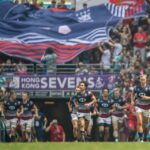