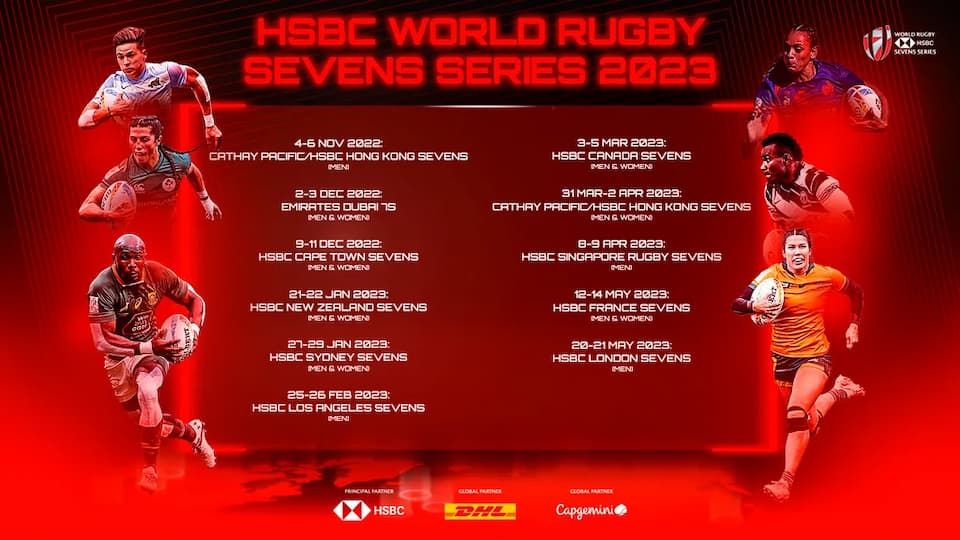 World Rugby has confirmed the HSBC World Rugby Sevens Series 2023 schedule which also has at stake qualification for the Paris 2024 Olympic Games.  Both the Women’s (Dubai) and the Men’s (Hong Kong) 2023 Series will see starts in Asia.

In total, the Women’s 2023 Series includes a record seven rounds, an increase of one from 2022, while the Men’s Series involves a record-equalling 11 rounds.

World Rugby Chief Executive Alan Gilpin said: “Following a uniquely challenging period for global sport, we are delighted to announce that rugby sevens is back to full force with a full line-up of hosts and teams for the HSBC World Rugby Sevens Series in 2023, which is the biggest to date.

The sense of anticipation from players and fans to return to much-loved venues such as Hong Kong, Hamilton and Sydney is especially high after missing out in recent years due to the effects of the global pandemic, and we are pleased to see Vancouver welcome the women’s tournament as part of a combined event in 2023.”

Olympic qualification is at stake in the HSBC World Rugby Sevens Series 2023 – the top four women’s and men’s teams in the 2023 Series will book their places in Paris 2024. 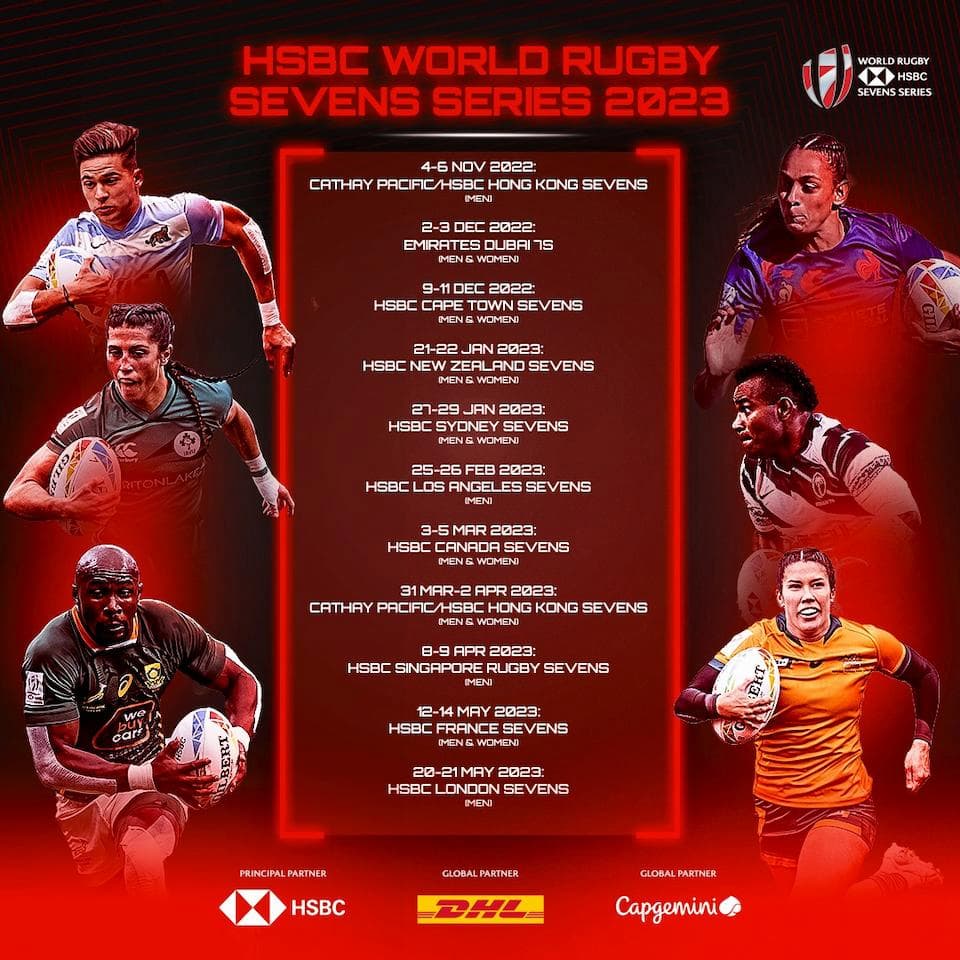 HSBC World Rugby Sevens Series 2023 women’s schedule is set to kick-off at the Emirates Dubai Sevens from 2-3 December 2022 and will see a record seven rounds in total for the Series.

The women’s Series will then see a new combined round with the men in Vancouver, Canada from 3-5 March 2023, a change from the previous Series as the women’s tournament joins together with the men at BC Place.

Jamie Levchuk, Interim CEO and Managing Director, Revenue and Fan Engagement, Rugby Canada said: “We are delighted to confirm we will be hosting a combined women’s and men’s HSBC Canada Sevens event in Vancouver in 2023. We have strived to provide an equal platform for the women’s and men’s games and we’re excited to welcome the best women’s and men’s Sevens teams in the world to BC Place for a three-day event on 3-5 March, 2023.”

Both women’s and men’s teams then return to Hong Kong for the traditional marquee event from 31 March – 2 April 2023.

The women’s Series will reach its conclusion in Toulouse, France as part of a combined event with the men on 12-14 May 2023.

The HSBC World Rugby Sevens Series 2023 men’s schedule will include a record-equalling 11 rounds, with the opening round taking place in Hong Kong from 4-6 November 2022 before the rounds with the women in Dubai, Cape Town, Hamilton, and Sydney. 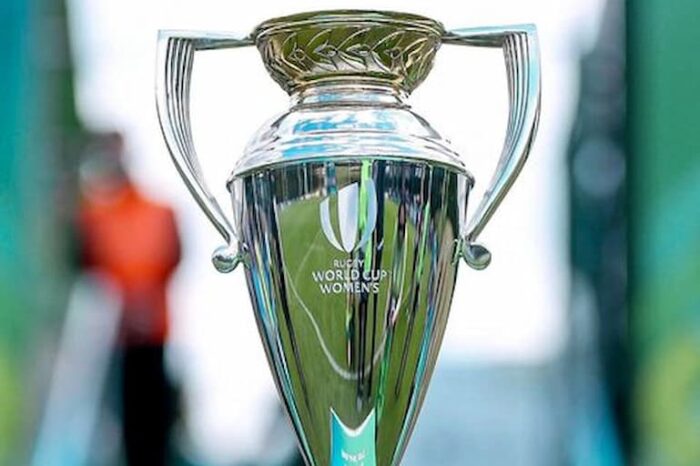 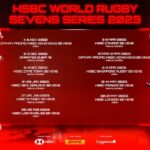