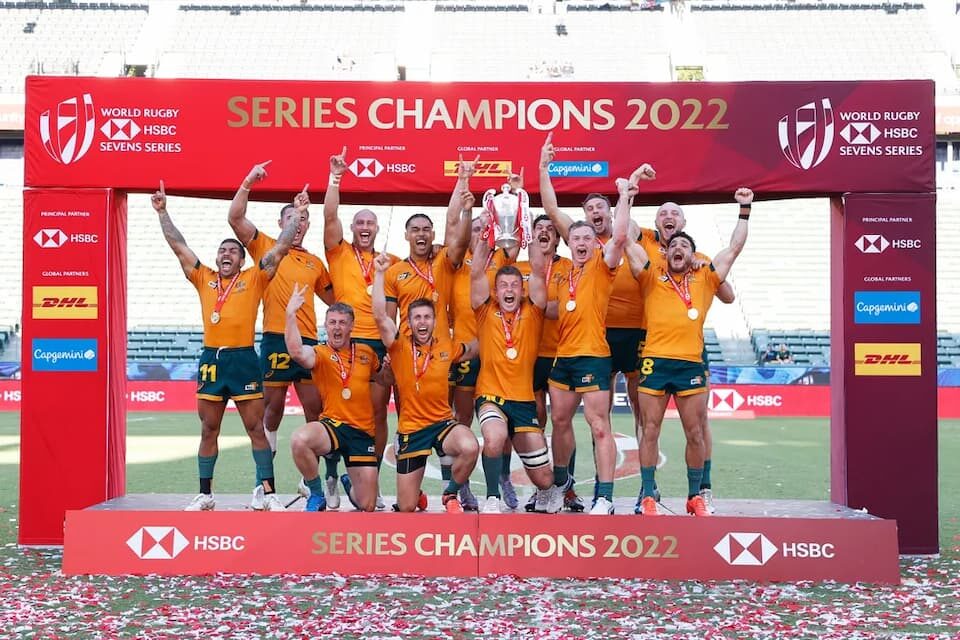 The Australian men won their first ever First HSBC World Rugby Sevens Series in Los Angeles, while NZ won the tournament in the USA, with South Africa faltering badly in their attempt to win the Series going into the final tournament leading the series log.

The Australians have done the double in 2022, with the women already having won the Series earlier this year, the men finished third in HSBC LA Sevens after beating Samoa 21-7 which was enough to pip SA, Argentina and Fiji to the Series win.

Australia becomes only the fifth country ever to win the series after New Zealand, South Africa, Fiji and Samoa, with Australia head coach John Manenti saying, “It is quite surreal to be honest. It has been an amazing six months or so with the boys, we have had our ups and downs, but these kids have fought hard and they deserve this and it is something that they will remember forever.”

Australia captain Nick Malouf added: “I’m so proud and happy that we’ve made history. It’s a great day for Australian rugby. A huge squad performance from Dubai all the way through to here, this is the culmination of consistency and training hard every day.”

In the final New Zealand won gold at the HSBC LA Sevens, beating Fiji 28-21 to earn their first gold this season.

South Africa had a poor tournament and didn’t make it to the Cup QF after pool losses to NZ and the USA. They then lost to Wales in the 9th place QF and ended with a win over Japan. The Blitzbokke ended up in second place in the series log, with Fiji in third and Argentina 4th. 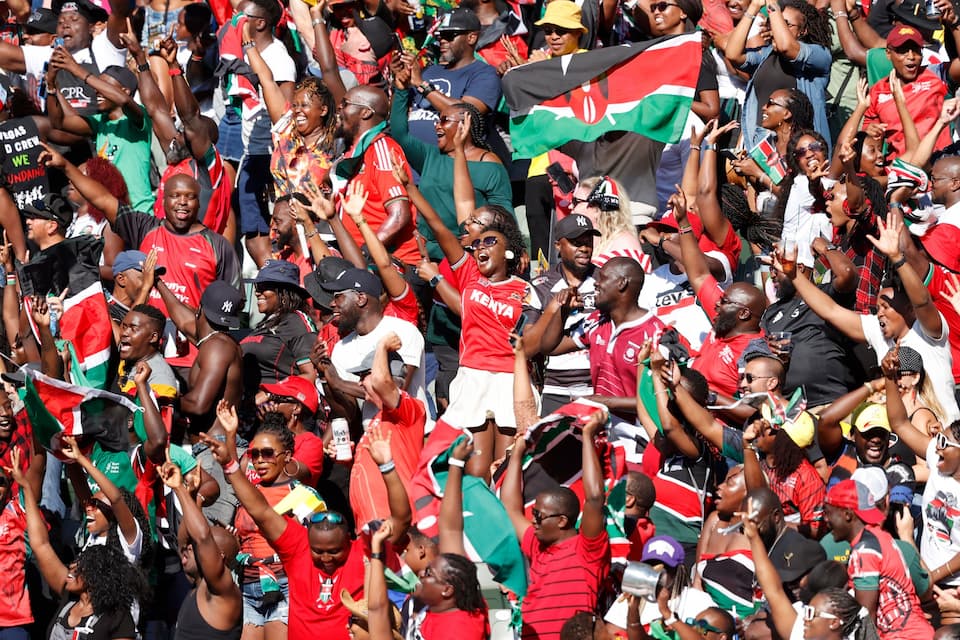 Japan ended up 16th on the series log and claimed two wins in LA, but with the 2023 season confirmed, and the decision that England, Scotland and Wales to combine as a unified Great Britain team in the 2023 Series, no team is relegated from the 2022 Series.

Uruguay joins the 2023 Series as a core team following their victory at the World Rugby Sevens Challenger Series as well as the Japan Women’s Sevens.

For all of the match results from the HSBC LA Sevens see here. Attention now turns to the Rugby World Cup Sevens South Africa 2022 which takes place in Cape Town from 9-11 September, where we have reigning Olympic champions Fiji, Commonwealth champions SA, and new Series champions Australia are all trying to win the RWC for the men.

World Rugby Chief Executive Alan Gilpin added from LA “The future of rugby sevens is incredibly exciting and we now look forward to what promises to be a record-breaking Rugby World Cup Sevens 2022 in Cape Town, beginning in just 12 days’ time.” 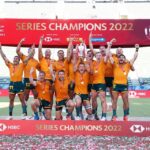