The South African premium beer, is the latest in a string of South African brands which has signed on for the global event to be held in Cape Town between 9-11 September 2022. Recently, rain, FNB, JC Le Roux, and Klipdrift all announced their involvement.

Colleen Duvenage, Castle Lite Brand Director, says, “This is such an exciting time for Castle Lite. As the brand that puts consumer enjoyment front and centre, there is no better sport to bring some serious fun to South Africa. We can’t wait to hero all the fun the World Cup Sevens has to offer and make it a once-in-a-lifetime experience for everyone!

The partnership is a match made in heaven as Castle Lite, the biggest premium Lite beer brand on the continent, joins forces with one of the most lauded and fun sports brands in the world. The synergy between the two brands is uncanny and we look forward to making history and really celebrating the Liteness of the World Cup Sevens event and our extra refreshing beer.” 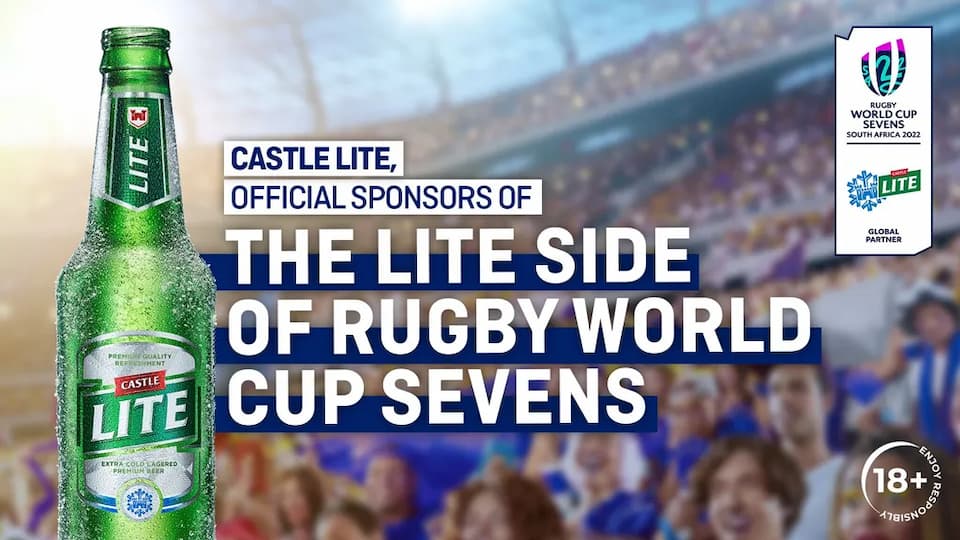 World Rugby said that “fans can look forward to a three-day carnival of thrilling, high-octane rugby sevens action, played in front of a festival atmosphere, with the best 24 men’s and 16 women’s international teams competing to become world champions.”

World Rugby Chief Executive Alan Gilpin added,“Rugby World Cup Sevens is all set to be a celebration of the very best rugby sevens teams and players from across the globe.  We are delighted to be welcoming Castle Lite to the festival atmosphere, together we look forward to creating memories for fans that will last a lifetime.”

Castle Lite joins fellow Global Partners DHL and Tudor among others as commercial support for the pinnacle event.