We look at the Dialog Asia Rugby Sevens Series 2021 results, which means for the women, Japan and China have qualified for RWC 2022 Sevens in South Africa, while for the men – Hong Kong and Korea are the qualifiers from Asia.

The Dialog Asia Rugby Sevens Series 2021 tournament wrapped up at Dubai Sports City with the four “golden ticket” winners of the qualification to the RWC 2022 Sevens in South Africa earning their places through some exciting rugby.

The Hong Kong Rugby Union men’s sevens team qualified for its eighth straight Rugby World Cup Sevens after beating China 24-0 in the semi-final, while South Korea shocked and beat Japan 21-14 in the other semi-final.

As the winning semi-finalists, both teams booked their place in South Africa but HK also did a demolition job over Korea in the final winning 33-7. In addition, Asian Games seeding was on the line and HK was seeking revenge for losing out to Korea for the Tokyo Olympics – the cup win means HK will be the top seed for their gold medal defence at next year’s Asian Games.

The Koreans, to their credit, put everything into their semi-final win over the Japanese and were deserved winners of that contest, with management and staff on the sidelines reacting in jubilation at the final whistle, which was fantastic to witness. Japan beat China for the 3/4 playoff 26-19.

In the Plate playoffs, the home team UAE, won the final beating Sri Lanka 29-10, while Malaysia beat the Philippines 28-19 for 7-8th. 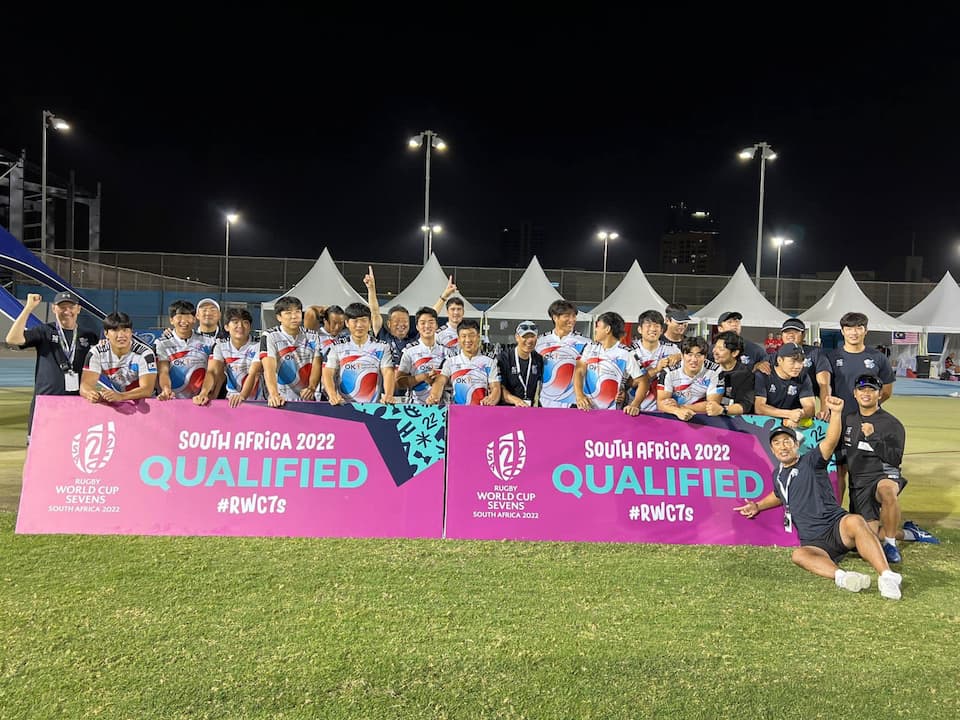 Hong Kong Men’s head coach Paul John said “We are chuffed to bits to qualify for the Rugby World Cup Sevens obviously. Having been to every one, there is a fair bit of pressure around that and all 12 of the boys did exceptionally well. It is an important win for our sevens programme.

Now there is an awful lot to look forward to for all of the guys in the squad, both here and back at home, with the Asian Games and the Rugby World Cup on in 2022.”

Hong Kong’s women lost out on qualifying to the Sevens RWC after a 29-0 loss to Japan in the semi-final. The Japanese were the form team all weekend and deservedly secured their place in SA and won the final, beating fancied China 14-12 in a close contest to take gold at Dialog Asia Rugby Sevens Series 2021. 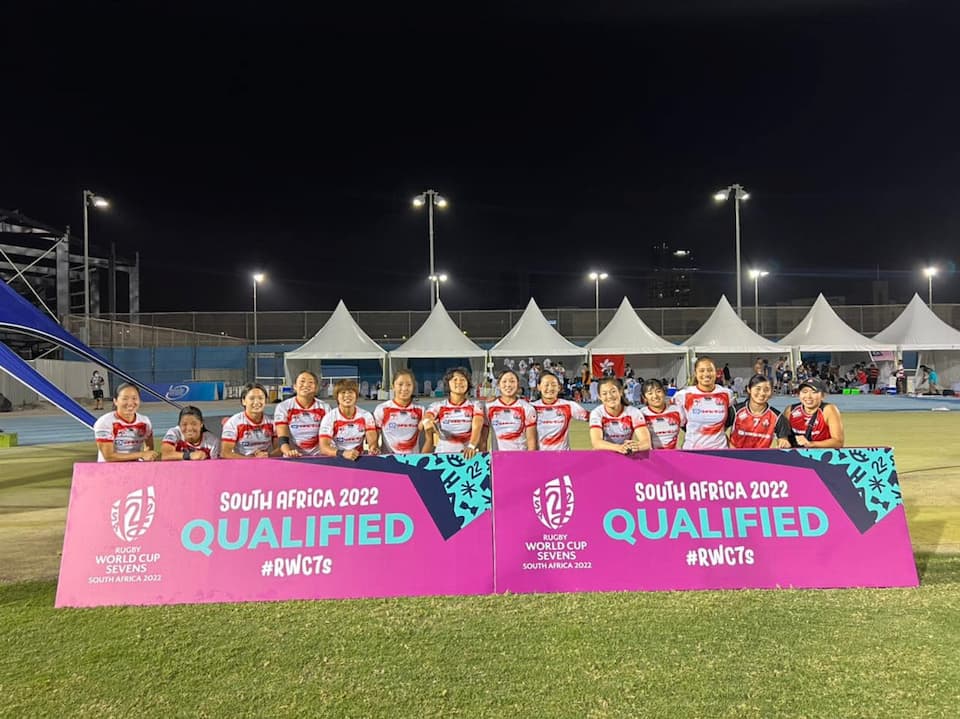 China themselves overcame a late fightback in their semifinal against the Kazakhs winning 24-19, and once they secured their RWC sport, couldn’t stave off a strong Japanese finish in the final.

HK women did beat Kazakhstan in the 3/4 playoff 12-10 and aim to secure the top seed possible for the 2022 Asian Games.

In the Plate playoffs, Thailand (themselves unlucky not to reach the Cup semi-finals) destroyed Sri Lanka 46-0 to win the Plate Final, while Malaysia beat the Philippines to claim the 7/8th playoff. 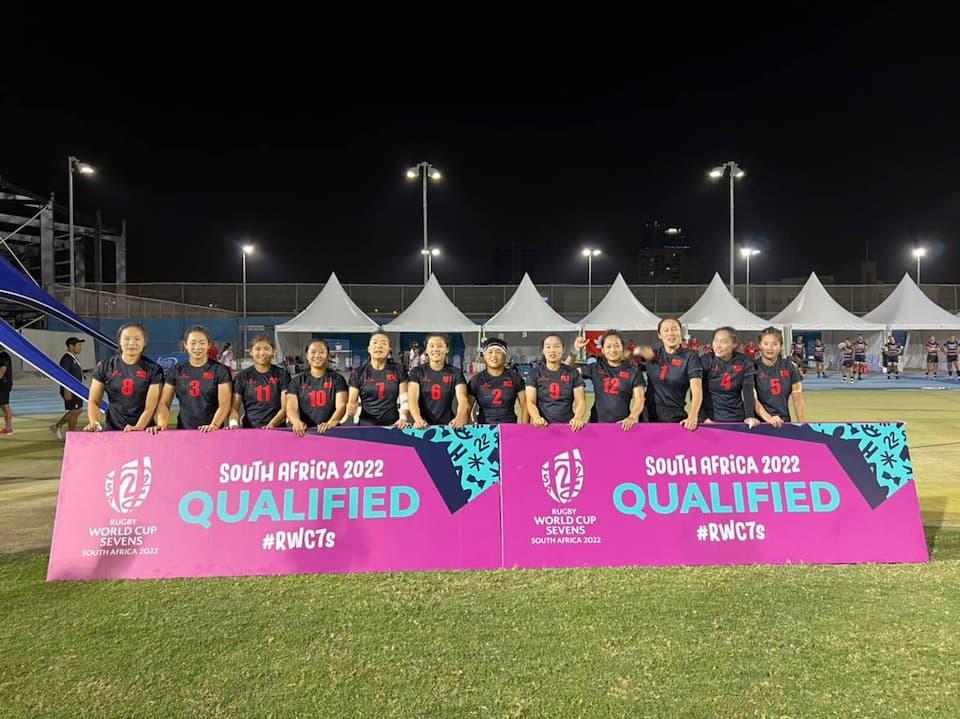 Photo Credit: Facebook -Asia Rugby President – The China women will follow up their showing at Tokyo Olympics with a ticket to RWC Sevens 2022.

Our observations from Day Two:

Well done all players all other teams! Hats off to the UAE Rugby Federation for great hosting and hospitality. Thank you match officials, administrators, sponsors, partners, volunteers, to everyone who gives their effort to deliver such a spectacular tournament, I can’t forget our fans.” 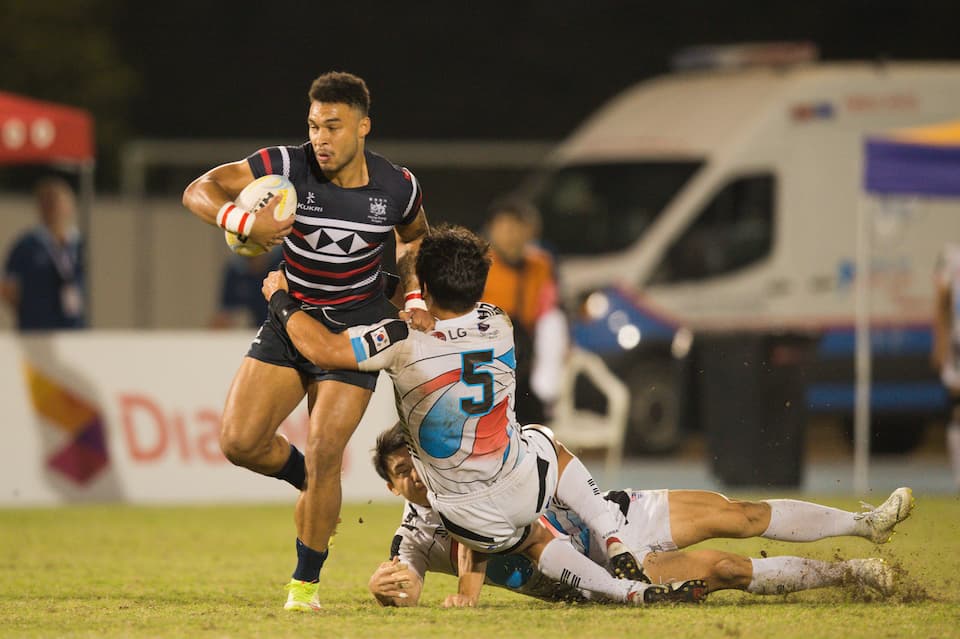 We are an independent media and rugby website. We are privileged to have access to speak to players, unions, coaches etc but we also report on what we see and give our point of view. We are also passionate about rugby and the growth of the game in Asia, that does not mean everything needs to be seen through rose-tinted glasses.

We appreciate how challenging COVID has been and the efforts behind the scenes to get teams to play from the organisers. For example, apparently, the Chinese teams had to charter flights to reach Dubai, while the Philippines men picked an entirely new men’s team from their development players based abroad.

Where areas can be improved they should be voiced- where credit is due, it should be given. 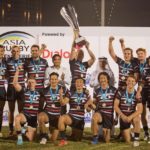