Asia Rugby has announced the participating nations and Pools for the Asia Rugby Sevens UAE Trophy 2021 tournament which will take place in Dubai from 26th – 27th November at the Dubai Sports City.

Dubai will be a busy place for rugby from November-December with a number of regional and international 7s events taking place at either the Dubai Sports City complex or the Emirates Stadium.

On November 18th 2021, Asia Rugby confirmed that the planned tournament would be postponed until 2022. Its been a bizarre series of events from the governing body- hastily announcing the Trophy event, not providing full clarity over the events and now postponing the tournament.

Asia Rugby said: “Upon concluding various meetings during the last five days including the Competitions Committee alongside the Administration and Finance Committee, today Asia Rugby Executive Committee has unanimously decided to postpone the Asia Rugby Sevens Trophy scheduled to be held in the United Arab Emirates in Dubai on 26th and 27th November 2021 to new dates during March 2022.”

Asia Rugby had given little notice for anyone hoping to attend the Trophy Sevens UAR event, however, and as has been custom of late, gave little to no heads up about the event to the media.

The tournament was set to feature 12 men’s teams and only 4 women’s teams and was planned to take place over the same weekend as the closed event of the international Dubai 7s.

The postponed tournament hopes to have more Asian teams join in2022 with more countries easing their travelling conditions.

The 12 men’s teams participating are split into three pools of four. Interestingly Afghanistan has been included and we spoke to the coach and players earlier in 2021 about the issues their rugby is facing.

The Chinese men will be looking to dominate, while India is also looking for a positive tournament, with both national teams coached by international staff from Scotland and South Africa respectively. 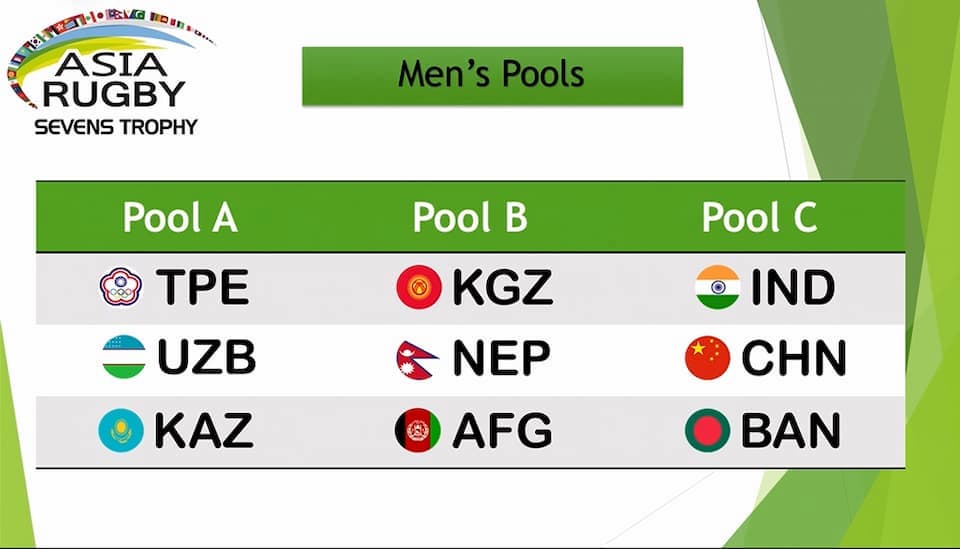 The women’s tournament will only feature one pool with four teams who will play a round-robin format. China should be outright favourites after their strong participation in the 2020 Olympics in Tokyo, Japan earlier in 2021. Tashkent was due to host the Asia Rugby 7s Trophy Central And South Asia 7s from 30-31 October 2021 but this seems to have disappeared from the calendar, as has the planned event in Thailand.

The Asia Rugby Dialog Asia Rugby Sevens Series, which serves as the qualifiers for the Rugby World Cup 7s in South Africa in 2022, as well as ranking for the Asia Games in 2022 will take place the weekend of 19th – 20th November 2021 in Dubai Sports City.

We have asked Asia Rugby to confirm the following: