The Emirates Dubai 7s 2022 gets underway from 1-3 December at The Sevens Stadium in Dubai, which will mark the start of the women’s HSBC World Rugby Sevens Series 2023 with the top 12 women’s teams, while the men’s Series plays its second round with the top 16 men’s teams in the world.

Dubai has hosted the Series since its inception in 1999, and World Rugby said “the event has built a strong reputation for spectacular entertainment, on and off the pitch, hosting the world’s top players and teams and creating a party atmosphere around the venue.”

The HSBC World Sevens Series matches will be played across two pitches at The Sevens Stadium with the women’s final followed by the men’s final taking place on Saturday evening (3 December 2022).

You can see more about the pools for the women and men here.

The Australian women, who won the Commonwealth Games, Rugby World Cup Sevens, and last season’s World Series said via co-captain Demi Hayes: “We are really excited to get started. We had an awesome season last season and I guess our expectations are nothing less than that. We’ve worked really hard this pre-season, so we’re just really excited to start here in Dubai…..I think our team really vibes a lot when we have an awesome crowd and it’s really loud in Dubai so I think that’ll only help us to perform and I think that will make us play better. It’s awesome to have a big atmosphere.” 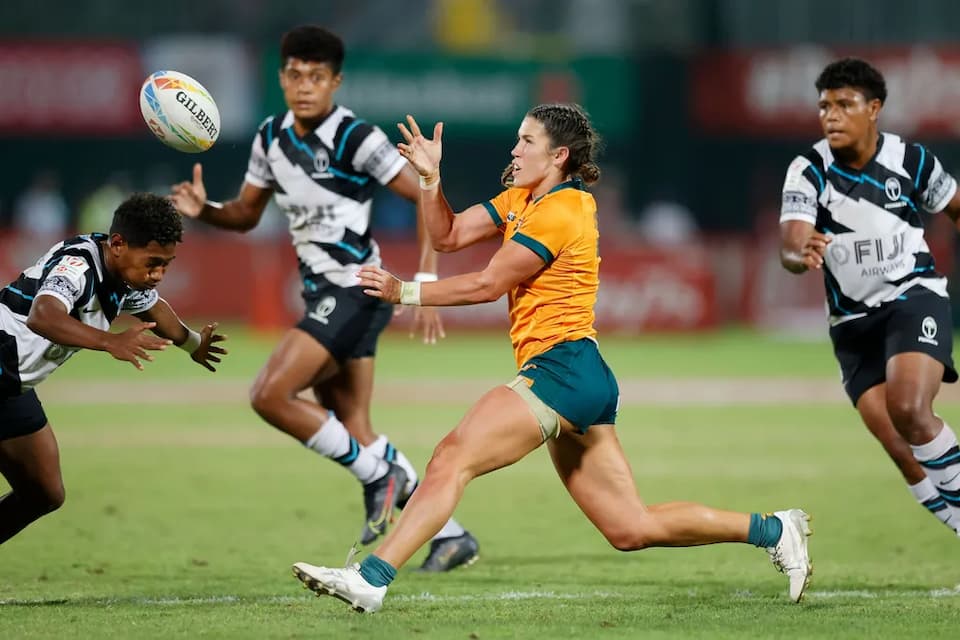 Photo Credit: World Rugby – Charlotte Caslick will be hoping to lead Australia to another title

World Rugby Women’s Sevens Player of the Year in partnership with HSBC, Charlotte Caslick will again co-captain the team alongside Hayes, while the team’s coach Tim Walsh will be excited that Faith Nathan is the fourth player to commit her future to the programme by signing a contract extension.

Walsh also commented: “Our team has a unique style both on and off the field – everybody has a voice and an integral part to play….Last year, we proved we could go out there and consistently win – our objective this year is to better ourselves every single day.”

Great Britain plays for the first time as a permanent core member of the World Series and Great Britain women’s co-captain Meg Jones said the newly formed GB team have spent six weeks training together and with a new team and coach, will be looking to stamp their identity on the Series. Welsh superstar Jasmin Joyce is one of many who returns from RWC 2021 to play the Sevens Series.

Jones added “It’s now opening up the pool of players and making it way more competitive, pushing the performance and our boundaries as much as we can….. Dubai is one of the greatest legs and we love coming out here. The views are amazing. The fans are amazing, the whole event is amazing.”

New Zealand will make their first appearance in Dubai since 2019 and the Black Ferns Sevens have won on their last two outings at The Sevens Stadium. The squad is without a number of players who were part of the victorious Women’s RWC 2021 team who beat England at Eden Park recently. However, the team still includes Tyla Nathan-Wong, Niall Williams, Michaela Blyde and Kelly Brazier while debutants Kelsey Teneti, Tysha Ikenasio, Manaia Nuku and Jorja Miller are set for Dubai.

South Africa men‘s captain Siviwe Soyizwapi, whose team have a number of new debutants in Dubai and a new coach this Series, but will be looking to defend their Dubai 7s title, and he added: “We can take a lot of confidence from the camp back at home and the past two days in Dubai have been great as well, being out on the field in the heat so it’s been good…We enjoy playing in Dubai. It gets hot this time of the year in Cape Town, so I think it’s always good preparation for us coming into Dubai.” The Australian men are the Series defending champions and won the opening round in Hong Kong beating the fancied Fijians in the final. Henry Hutchison told Rugby.com.au “There’s definitely a target on our back, a lot of teams will be coming for us after Hong Kong but we relish and welcome that.”

The NZ men, like their women’s team, will be in Dubai for the first time since 2019. 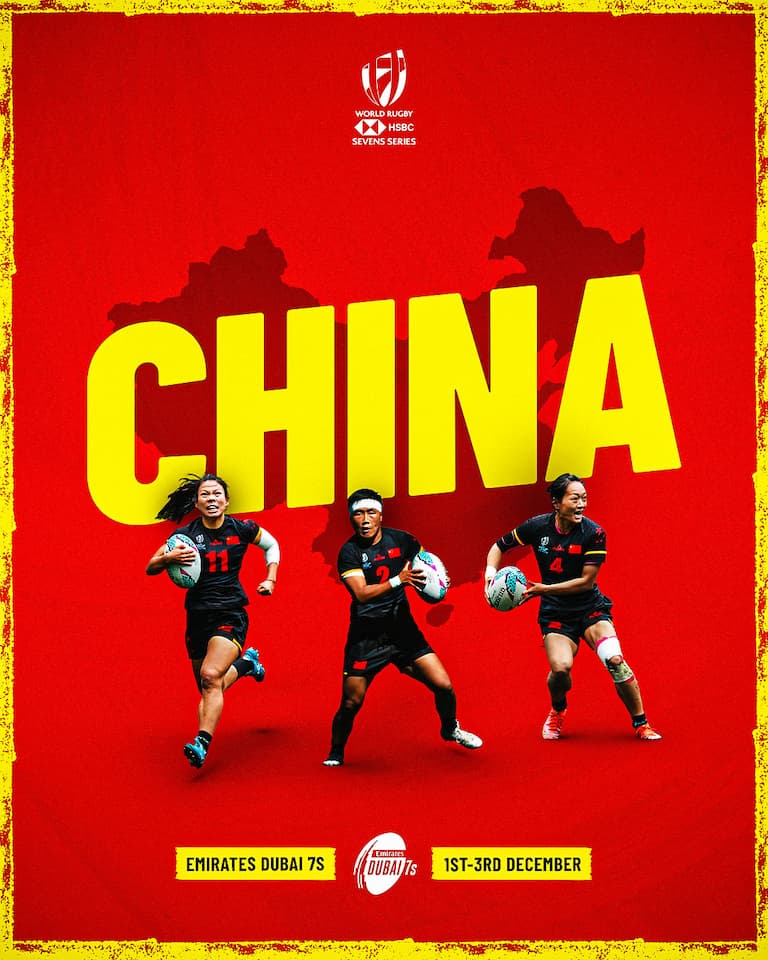 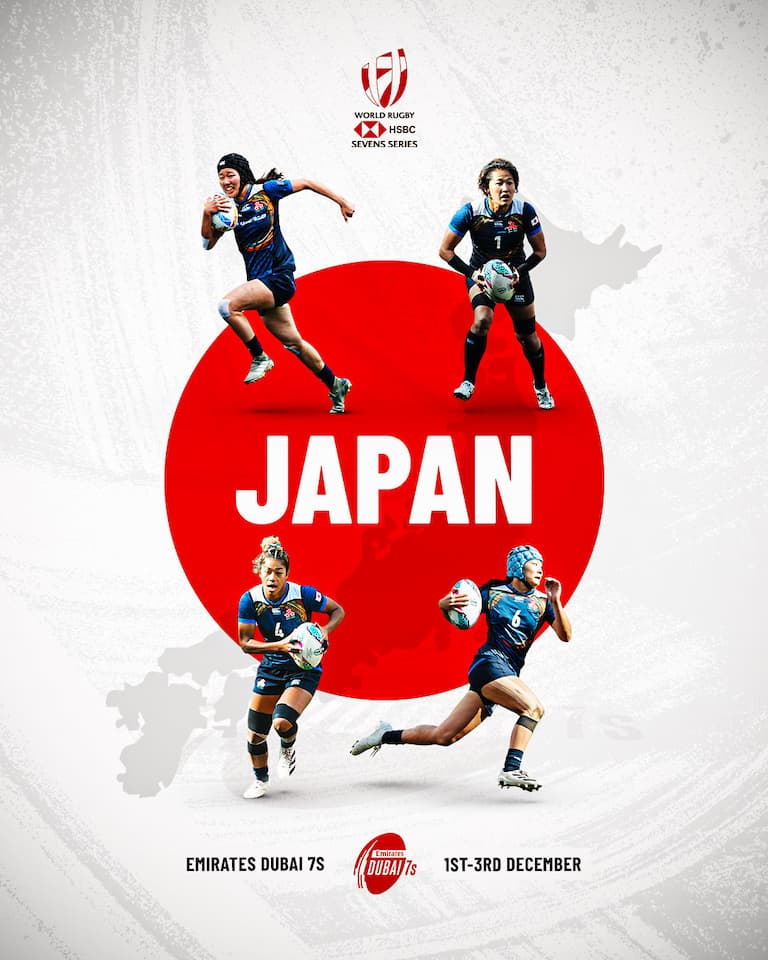 From the Asian perspective, the Japanese Women and Men are both involved as core teams but China Women, fresh off claiming the Asia Rugby 2022 Sevens Series are the invitational team.

The change which was announced at the Hong Kong Sevens has been expanded on by World Rugby this past week will see the number of teams in the men’s competition for the 2024 Series be reduced from 16 to 12 to match the number of women’s teams and align with the Olympic competition structure.

This means there will be a fight for teams to avoid relegation throughout the 2023 Series with every match and every point counting towards the final Series rankings, confirmed by World Rugby.

This has also impacted the Challenger Series qualifications which we wrote about at the HK Sevens.

You can follow the World Rugby guide on how to watch the Sevens Online this weekend. 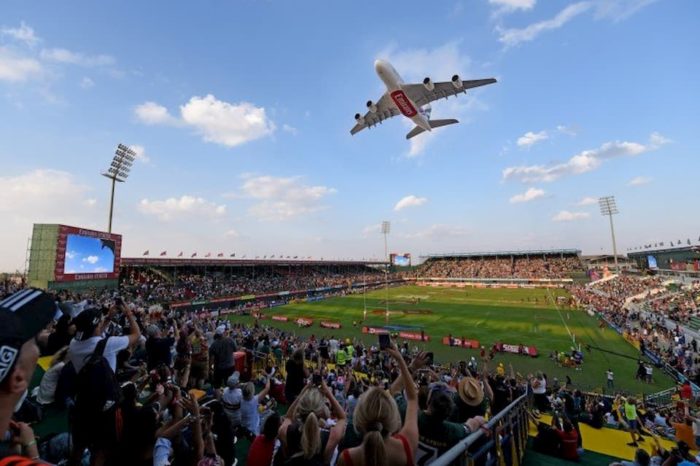 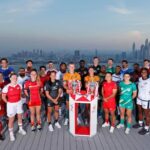