The Hong Kong Women’s XV claimed their first series win since 2019, in what was a thriller of a match on Saturday 17th December 2022, and a last play of the game conversion was needed to win the match.

The match was vastly different to the first encounter a week ago which HK won 31-17, and saw both teams take advantage of huge momentum swings and capitalise when they were on the front foot.

While the Hong Kong fans and players were justly elated at the final whistle, the Kazakh team deserve huge credit for the turnaround in the space of a week and will be hurting in losing a game in the dying minutes of a pulsating encounter.

The 80th-minute try through Zoe Smith levelled the score 12-all and Aileen Ryan struck the winning conversion from the far touchline for the 14-12 win at the hooter.

Hong Kong actually started the better of the two teams and completely dominated possession and territory in the first half but failed to convert this to points, with the Kazakhs running in the only score of the half in the 39th minute after centre Alina Askerova turned a half break into a race to the line before offloading to sevens star Lyudmila Sherer who crossed over to lead 7-0 at the break. 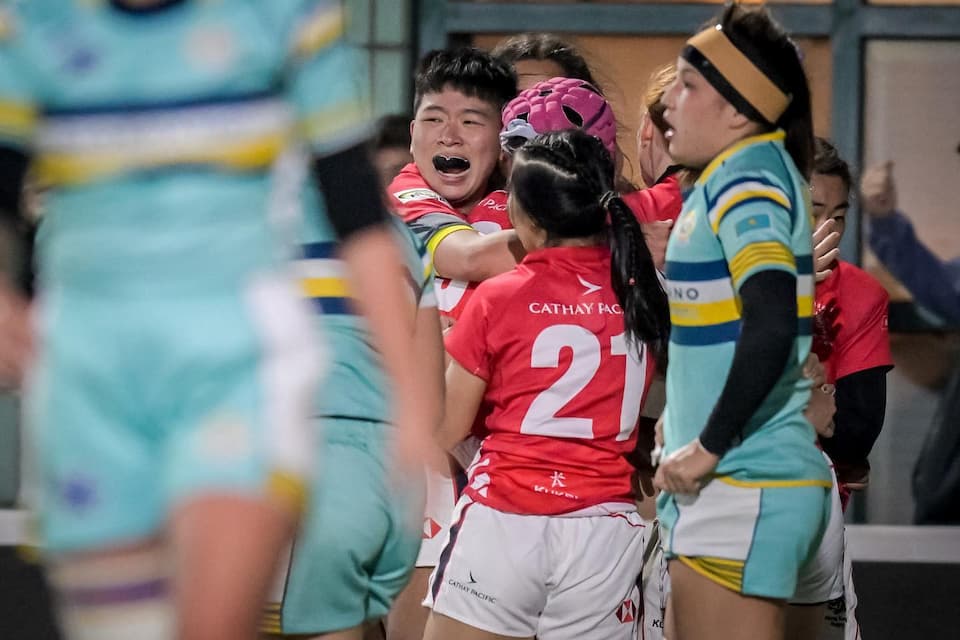 Hong Kong had numerous chances but were nowhere clinical enough – the two-on-one overlap started by a great break from Jessica Eden deep in her own half, saw the final last pass go to ground with Kazakhstan’s try-line begging. There were several similar moments like this which the coaching team will need to address for future tests.

Although the Hong Kong lineout had superiority for a second straight game, the pack were on equal footing in the scrums in the first half, but the second half was a very different picture at scrum time as the visitors had total dominance.

The Kazakhstan team took that momentum into the second half and were far stronger and smartly moved the ball to their strong centres while also adopting several play switches such as the powerful Sherer playing off 8 in the scrums to great effect,

Balzhan Koishibayeva finished a great attacking move to extend Kazakhstan’s lead to 12-0 and the visitors were on top for large parts of the half but both defences were staunch and held their lines.

Key substitutions were made by the hosts and with less than ten minutes remaining, and scoreboard pressure mounting, reserve flanker Maggie Au Yeung Sin-yi found the gap on the fringes of the defence for the first HK try with Ryan adding the conversion to set up a nervy final few minutes, with Hong Kong trailing 12-7.

The momentum had swung again and the belief in the HK squad seemed to shine through, in the same way, the Kazakh players had been lifted by their first try of the game.

Hong Kong earned attacking lineout metres from the try line and after setting up several phases of play, fiercely defended by the visitors in blue and yellow, but the ball was moved to full-back Zoe Smith who found space in the far corner for the try, tying the score at 12-all leaving Ryan with a tough kick to win the game, and the series while breaking Kazakh hearts. 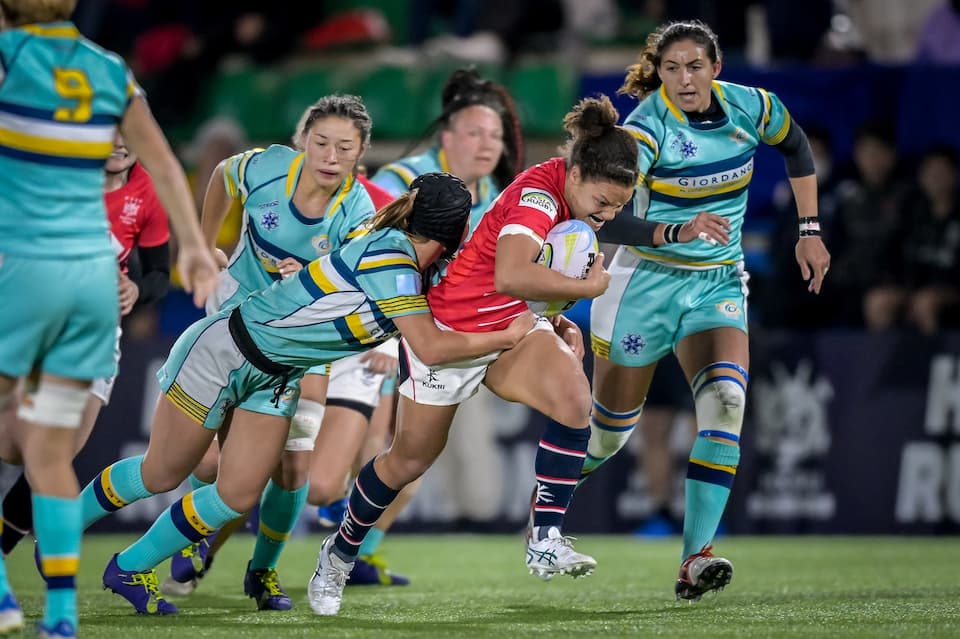 Hong Kong Women’s XV co-captain Natasha Olson-Thorne said “It’s amazing to play fifteens again after such a long time. This is just the first step for us now. We are really happy with this game, but mostly we are looking forward to future games.”

HKRU Head Coach Royce Chan said of her debut wins as coach “The first half didn’t reflect our quality and that was frustrating. We played what we wanted to perfectly but we couldn’t show anything for it. In the second half, we told everyone to keep with the game plan and the reserves were massive. The last 20 minutes were incredible and brought the whole team together.”

The belief in beating a higher-ranked team should provide a platform for the team and Chan added “I hope the girls will believe in themselves even more now. Two late tries in a pressure game like that are amazing. I couldn’t ask for more. We deserved the win. It was incredible to have that come in front of our home audience after such a long time. Hopefully, it can inspire more girls to want to play and challenge these girls in playing for the national team,”

Full credit to the Kazakhstan team though too, who toured with a depleted squad and were a huge part of the series of course, and they themselves will learn valuable lessons from the two matches. 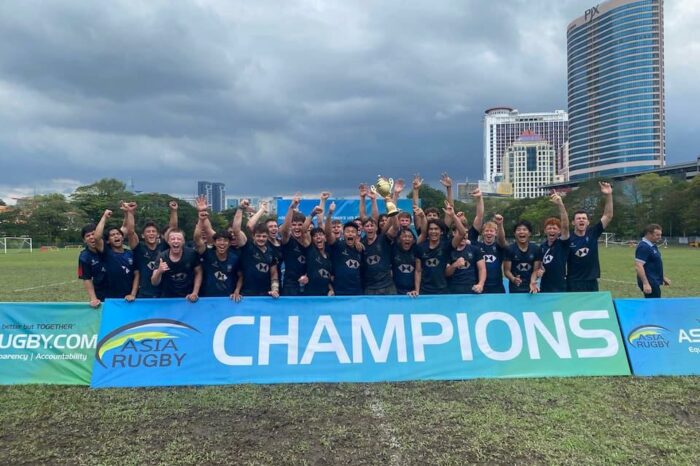 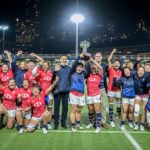