The HSBC World Rugby Sevens 2020 schedule was released this past week, including the dates and venues for the Women’s and Men’s legs.

In March we outlined the plans released by World Rugby for the men’s and women’s World Series until 2023. Importantly this included some new venues, and a record number of events; 6 in total, will see the two series combine at the same venue.

Update: Due to the COVID-19 (Coronavirus pandemic, many tournaments have been affected.) Stay up to date on this article.

There are a number of key takeaways from the new schedule released for 2020. 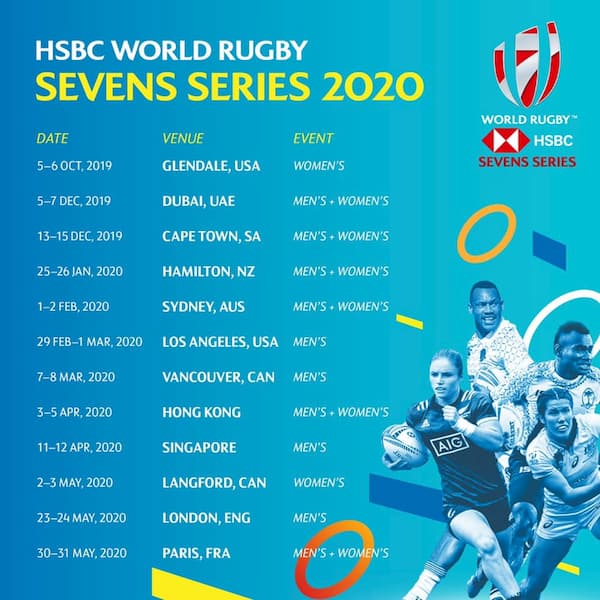 Fiji won the men’s 2019 season while the New Zealand ladies are the Women’s champions. In terms of newly promoted teams, the Irish Men join in 2020 as well as Brazilian Women.

The women’s series will begin in Glendale, Colorado, USA on 5-6 October 2019.  The Men’s series will kick off in Dubai, UAE on 5-7 December which will also see the Women’s Series join for the first of 6 combined events.

Los Angeles will host the two-day event at the home stadium of the MLS side, LA Galaxy and the NFL’s LA Chargers. The venue, the Dignity Health Sports Park in California, is the same venue set to host rugby sevens at the LA 2028 Olympic Games. The USA leg was previously held in Las Vegas.

You can read more about the 2020 7s rugby season here.

Updated due to COVID-19 impact

2020 is a very important year as the Olympics in Tokyo, Japan, will see the top nations compete for sevens rugby Olympic glory, with Fiji for the men and Australia for the women, the current champions.

Japan as a host nation will automatically have its men’s and women’s teams participate in 2020 while the Asian qualifying tournaments will take place in November 2019. Hong Kong and China will be the favourites for both the men and women.

You can read about all the Asian 7s national team tournaments here. 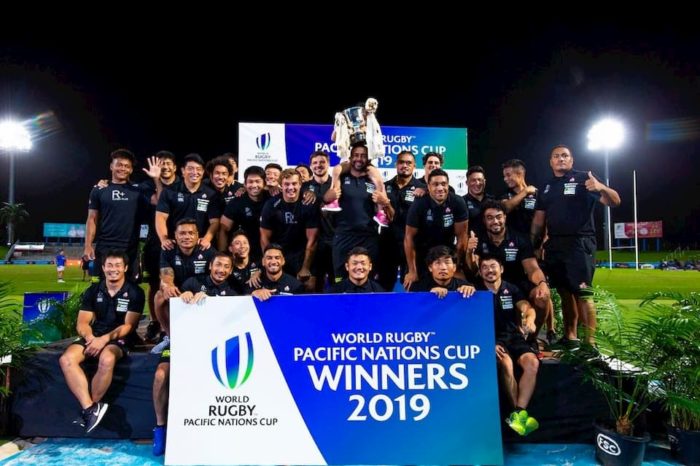