The PRFU have issued a statement saying that the Philippine Sevens Rugby teams remain optimistic after a two-year absence from international rugby and following the recent Dialog Asia Rugby Sevens Series 2021 in Dubai.

The Philippine Volcanoes men’s rugby 7s team finished the Dialog Asia Rugby Sevens Series 2021 in eighth place (men and women), and also missed out on the opportunity to qualify for the RWC Sevens in Cape Town in 2022. Hong Kong and Korea qualified from Asia for the men, and China and Japan for the women’s.

“We knew from the start it was going to be a difficult task, after a two-year absence, a short preparation period and a high number of new players at this level our goal was to show Philippine Rugby is back and to blood, some new talent at the highest level,” said Jake Letts of Philippine Rugby.

The Men’s Volcanoes team had ten debutants in the Dubai tournament and featured only three players from the men and women that competed in the 2019 Southeast Asian Games, where the team secured Gold in the men’s and Silver in the women’s event in the Philippines. 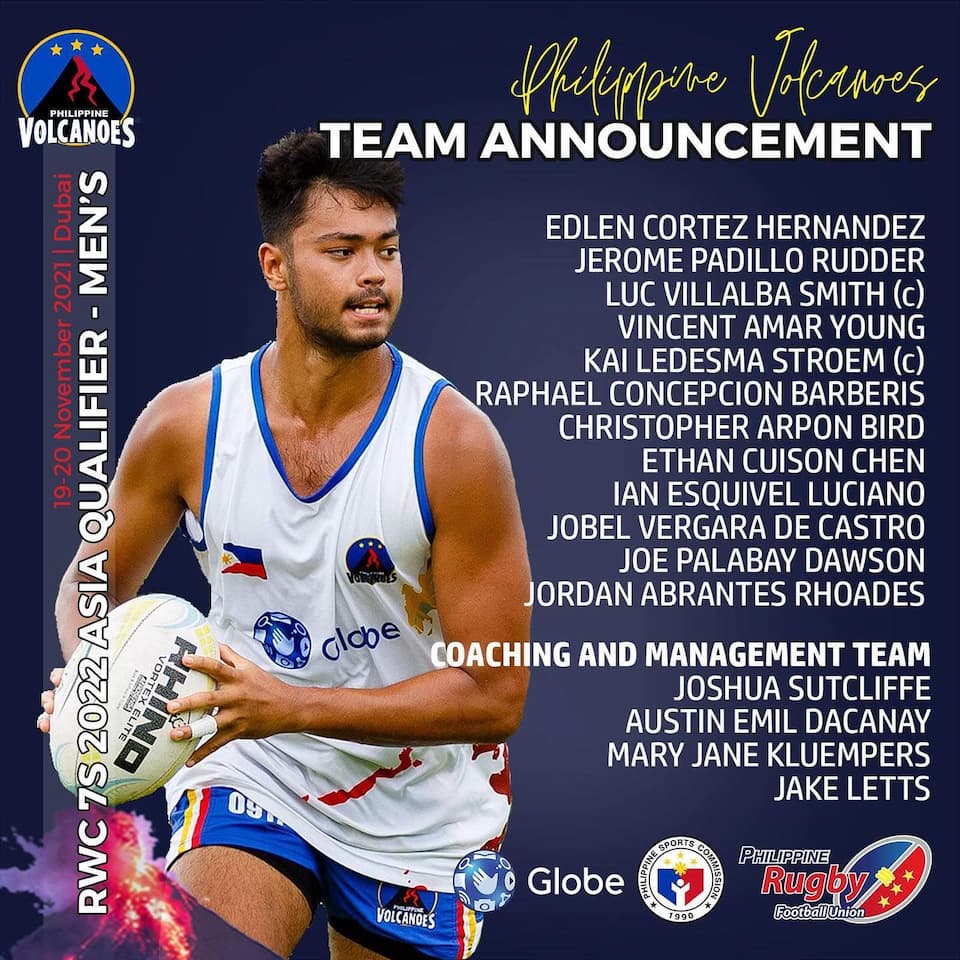 Lett’s added: “It was great to have some quality players return back into the program, who performed well. Kai Ledesma Stroem returned after a four-year absence from the national team. He’s been playing professionally in Japan so it was great to have him back and lead the team from the front. Up and coming Ysabel Del Fierro who has represented our First Pacific U18s team in the past also made her debut at the senior level, great to see her come through the youth program also and showcase she belongs in the senior level.”

The Philipines teams were competitive against rivals Malaysia and Sri Lanka, but admitted there “was still a significant gap between the top four teams in Asia featuring powerhouses Japan, Hong Kong and Korea.”

“The top teams in Asia you could tell had their strongest squad available and were obviously battle-hardened before the tournament, they have had the luxury to play together in international competitions throughout COVID. We haven’t had that yet.

We will need at least another 12 months before we can get back to the same level of play we were playing at in 2018 and 2019 before the pandemic hit,” Letts added. The PRFU said “the 2022 calendar is looking promising, possibly featuring a total of at least five competitions for each of the men’s and women’s at the top level. Philippine Rugby will be looking to hopefully get back to where the calendar was in 2019.”

“For 2022 we are looking at both 15s and 7s, so that includes the annual Asia Rugby Championships, as well as three legs of the Asia Sevens Series along with the Asian Games. We also want to ensure our National Development Programs and domestic competitions are re-launched to ensure our entire rugby community can return to the field,” Letts added”.

Domestic Rugby in the Philippines 2022

Philippine Rugby Football Union are due to announce their 2022 domestic calendar and will be scheduling a series of Touch Rugby festivals before any contact rugby is back.

“Our member Club teams will focus on a specific Return to Play Training Framework, then we are looking at Touch Rugby Festivals before contact competitions are launched. With a goal to start contact in late March/April if all goes smoothly,” Letts added.

Clubs are also expected to start their official training sessions to ensure the players and teams are game ready for the launch of the season in 2022. The PRFU added it “will host it’s AGM on 14th of December 2021 to outline their plan of returning to the field under the new normal of COVID-19.” Blitzbokke and Australian Women Sevens Do The Double in Dubai 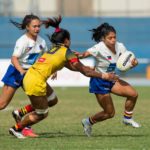