The Tokyo 2020 Olympics Rugby Sevens pools have been confirmed and the Asian teams competing have tough pools to fight their way out of.

World Rugby confirmed on June 28 2021, that the 12 women’s and 12 men’s teams have been allocated to three pools of four teams for Tokyo 2020. These have been done “according to rankings based upon performances in the HSBC World Rugby Sevens Series and other World Rugby-sanctioned tournaments over the past two years.” said the governing body.

World Rugby Chief Executive Alan Gilpin added: “These will certainly be unique Olympic Games and we have been working very closely with the IOC, Tokyo 2020 and all other stakeholders towards delivering a safe, secure and highly impactful rugby sevens competition in Tokyo.”

You can see the pools on the World Rugby website here.

Pool A, is home to the current Rugby World Cup Sevens and World Series title holders New Zealand who will take on Russia, Great Britain and Kenya. The Russian team secured their Olympic debut via this month’s Repechage in Monaco

Pool B features Rio 2016 bronze medallists Canada, as well as France, Fiji and Brazil. France won qualification through the Monaco Repechage 7s in which they beat Hong Kong twice.

For the Asian teams in the women’s competition, Pool C sees hosts Japan and Olympic debutants China grouped together with Rio 2016 Olympic champions Australia alongside the USA team 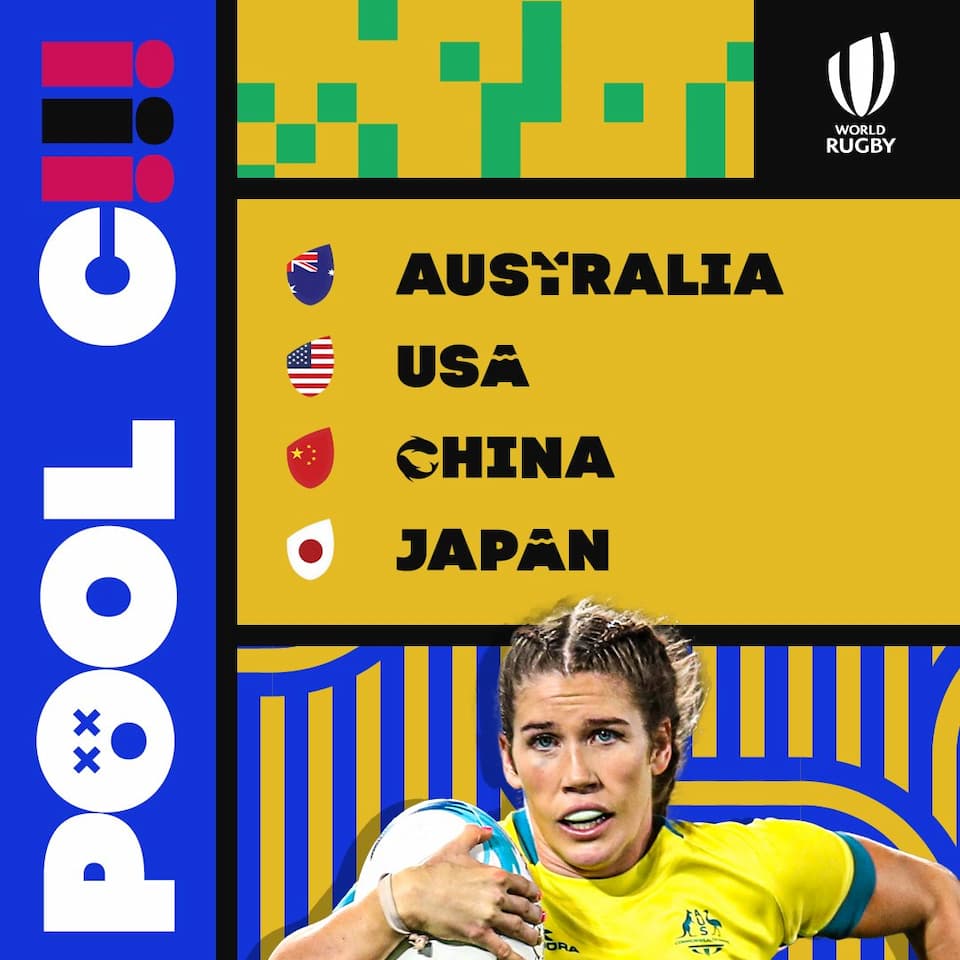 Pool A sees a continuation of the antipodean rivalry between current Rugby World Cup Sevens and World Series champions New Zealand and Australia. The other teams in Pool A are Argentina and Olympic debutants Korea. 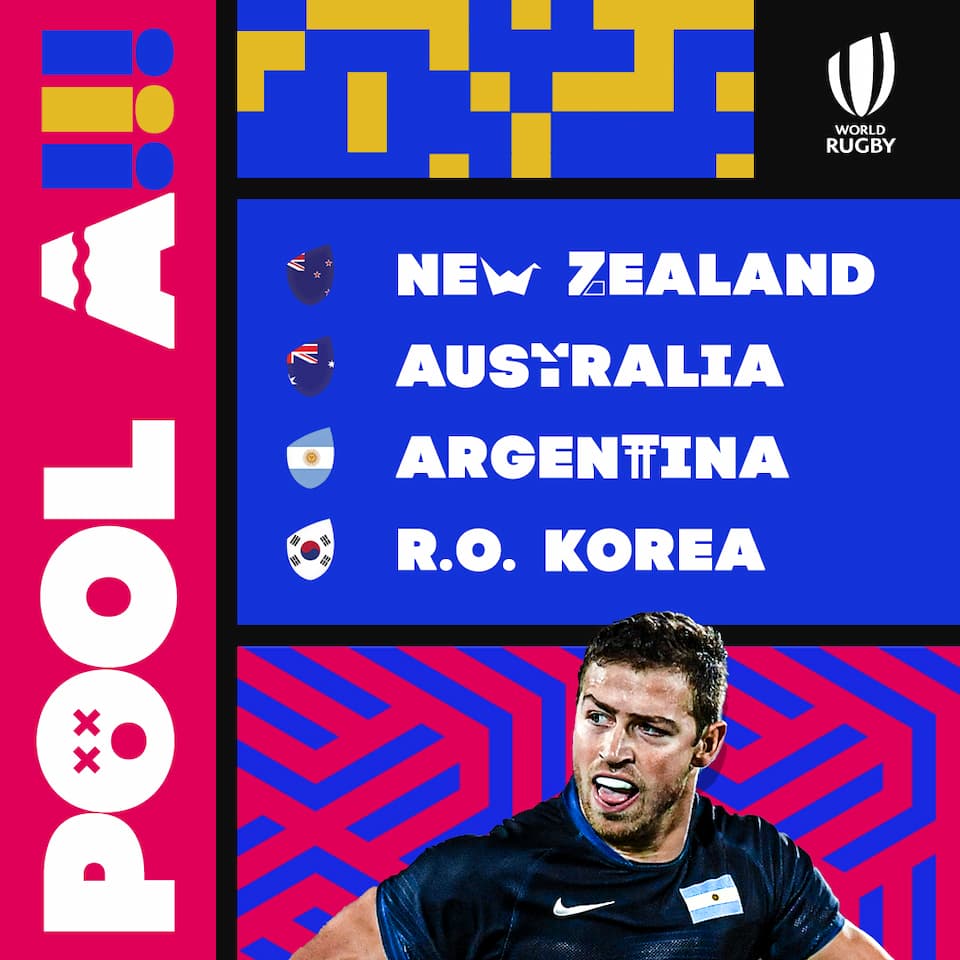 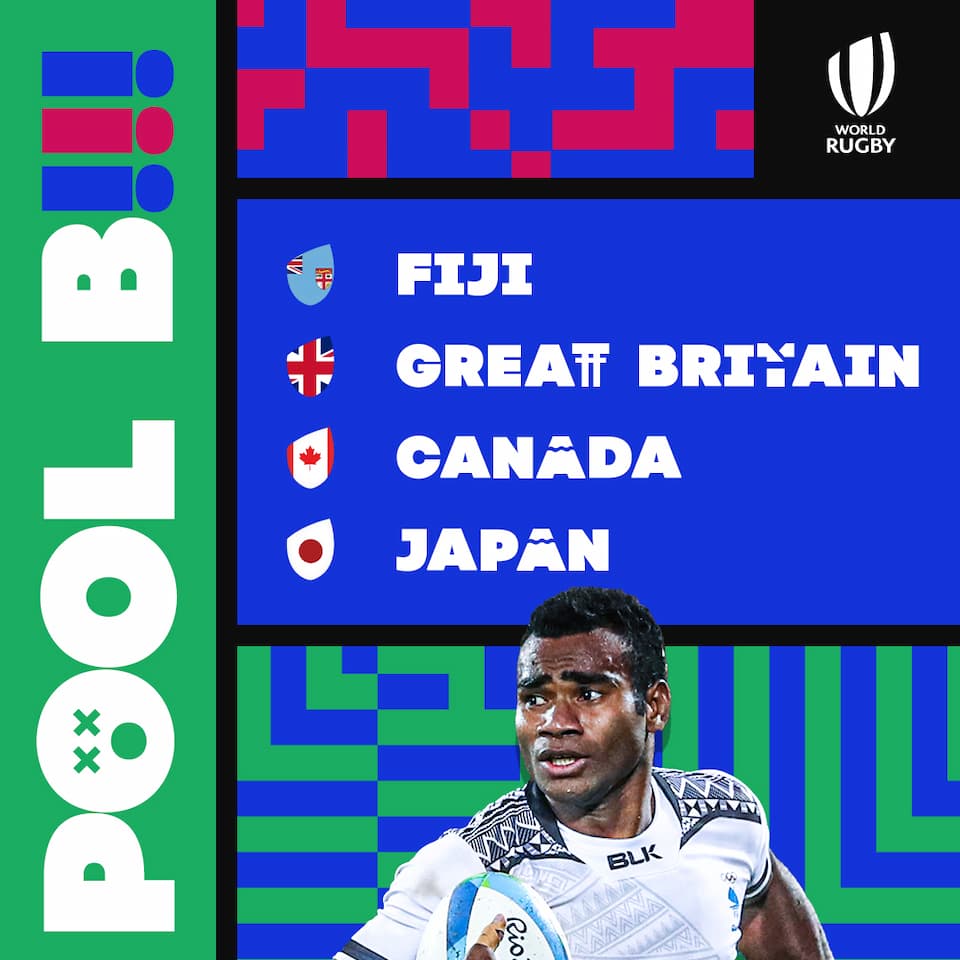 Mikako Kotani, Sports Director for Tokyo 2020, said of the Rugby 7s at the Tokyo Olympics: “We had a successful test event at Tokyo Stadium in April and we are confident that we have an excellent venue for the players so that they will be able to show their best performances to inspire the world and connect the world together once more.

We are excited to welcome an international rugby tournament back to Japan and we hope rugby’s One Team Spirit will touch the hearts of people in Japan and in the world. I wish the very best of luck to all the 12 men’s and 12 women’s teams. Good luck to all the athletes and look forward to welcoming you all soon.”

The men’s competition will take place from 26-28 July 2021, with the women’s tournament following on 29-31 July 2021 with the gold medal match happening on ‘Super Saturday’.

The matches will take place at Tokyo Stadium, which was the venue for the final of Rugby World Cup 2019 in which South Africa beat England.

On Thursday 8th July 2021, it was announced that by the Olympic organisers that they would bar spectators from most events at the Games due to a rise in COVID-19. 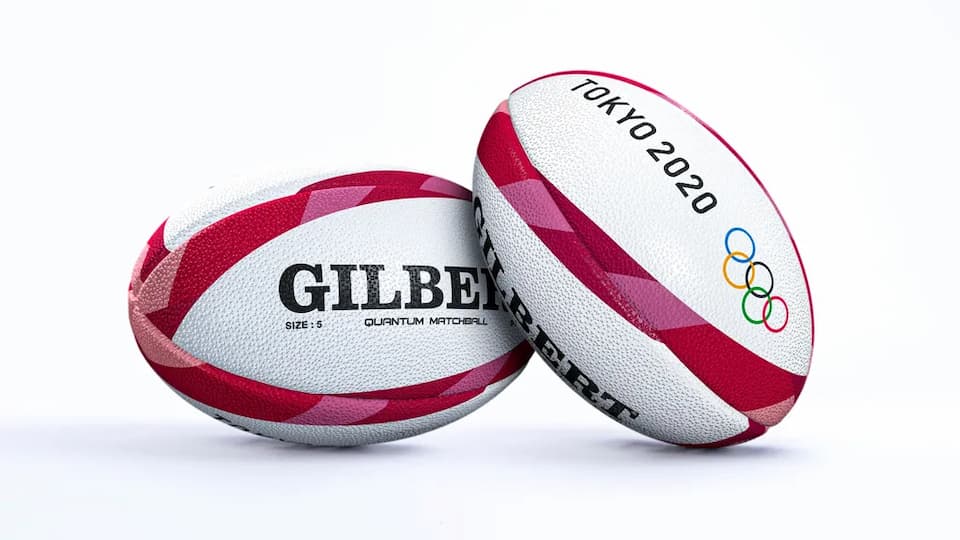 World Rugby and Gilbert unveiled the ‘Quantum Sevens’ match ball to be used by the world’s sevens teams from 26-31 July 2021 at Tokyo Stadium.

In a statement, World Rugby said the “The Quantum Sevens ball is the most technically advanced sevens rugby ball ever produced and has been tailor-made with features specifically designed for rugby sevens. It has been developed to adapt to the unique style of the sevens game with the Multi Matrix grip offering higher, more defined pimples, increasing the ball’s surface area and enhancing the impressive offload skills shown by sevens players and much loved by fans around the globe.”

Where can I watch the Tokyo 2020 Olympics in Asia?

If you want to watch the Rugby 7s at the Tokyo 2020 Olympics in Asia, here is a list of broadcasters for the Olympics in the region: 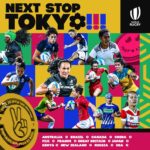