Asia Rugby said via their website, that in addition, the EXCO has “empowered all committee chairpersons with the right to add more full members to make room for more women on committees, with the option of granting the previously assigned female ‘observers’ full membership status with complete voting rights.”

The Women’s Advisory Committee Chairperson is Ada Milby, who is also Asia Rugby’s representative at World Rugby Council, as well as the PRFU President.

Milby says that significant and substantial steps have been taken, “including the Women’s Advisory Committee developing into the largest committee and reflecting the widest cross-section of member unions” reported Asia Rugby.

Rugby Asia 247 have spoken in-depth previously about the role of gender equality in rugby and the Committee’s work in Asia.

Unfortunately, Asia Rugby confirmed that she has now decided to step down from her role as chairperson of the Committee which will allow new leadership to come to the fore with Iranian Nahid Biyarjomandi recommendation to take over the Gender Equity Committee approved unanimously by the EXCO.

Milby added: “It’s been an honour to see the growth of women’s rugby year on year in Asia and see some big milestones achieved with constitutional changes, a record number of Union Presidents who are female and a strong network of women all passionate about growing the game in their communities.

I’m excited to pass the torch to Nahid who will continue to lead the Gender Equity Committee forward, exploring more ways to remove barriers to make rugby more accessible to all”.

Nahid Biyarjomandi said: “I would like to thank Ada and my colleagues for all the work they have done for women in rugby in the region upto now And I hope that we will continue the path with new positive changes together again and also with the new male members of the committee, we will be able to create a great change not only for women or men but also for equity”. 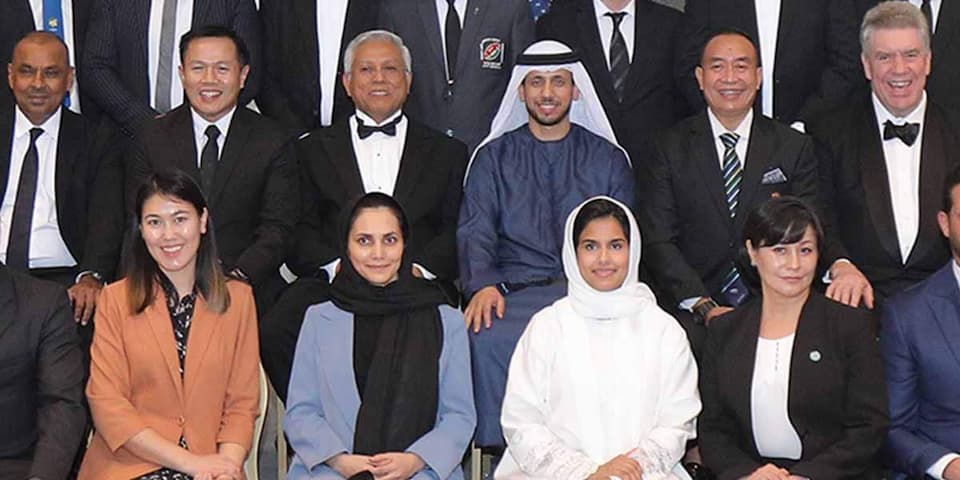 Asia Rugby also released the recipients of the Asia Rugby Annual Awards in 2021 which took place in December in Dubai.

Asia Rugby President Qais Al Dhalai said of the winners: “I would personally like to thank and congratulate all the awards’ winners. In a year that has been challenging for everyone, and personally, I wish we had more awards to give out as I have seen member unions step up and I witnessed that my long-standing principles of equality, transparency and accountability are shining throughout the region‎.” Michael Leitch, the former captain and current player of the Japan national XVs team was also appointed the first-ever Asia Rugby Players Ambassador as well as the chairperson of the newly formed ‘Asia Rugby Athletes Committee’.

(Editors note – this information is from the Asia Rugby press announcements).