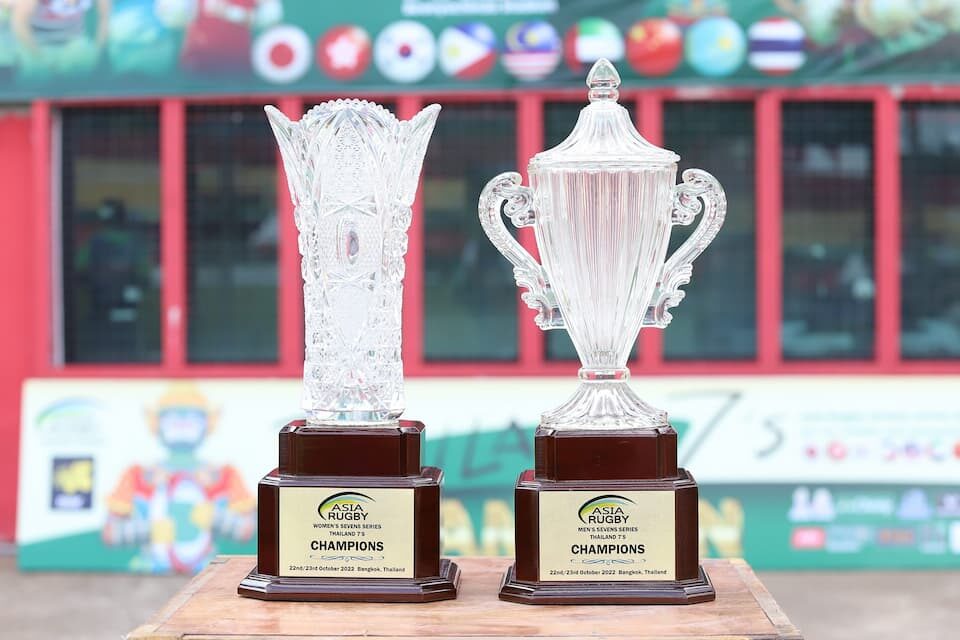 The two-day Asia Rugby Sevens Series 2022 in Bangkok saw 9 Asian countries in action with China claiming the Women’s Cup while Hong Kong secured the Men’s Cup in a competitive first of three legs to crown the Asian Champions.

The Thailand Rugby Union and Asia Rugby put on a great tournament with all games shown live, a great atmosphere and facilities at Boonyachinda Stadium in Bangkok. For many of the teams, it was the first hit out for many months and several were fielding new coaching teams as well as players and there were upsets a plenty. The Philippines secured their first win on Sunday morning (following pool defeats on Saturday) in a hard-fought Plate semi-final match with Malaysia – the game ended 19-14 and the winners would face China in the Plate final. The Chinese had a BYE due to Sri Lanka not being involved in Bangkok. Malaysia automatically finished 7th in the tournament.

Hong Kong dominated Korea in what we thought would be a close game in the first of the Cup semi-finals. The HK team looked really focused and clinical this weekend as they prepare for the Cathay Pacific/HSBC Hong Kong Sevens (4-6 November), and try to claim the crown as Asian Rugby Sevens champions – HK convincingly ran out 26-0 winners over their rivals.

The UAE men made their first Cup Semi-Final in the ARSS and were up for a tough match against Japan who were on their own road to redemption with a new squad and coach. At the halftime break, Japan had a slight lead of 12-5 but UAE was well in the match. An early yellow card for Japan in the second half may have opened up a chance for the UAE, but Japan played even better and closed out the game with a final try to win 19-5.

In the Plate Final,  between the Philippines and China, the Chinese were too strong and put away a hard-working Filipino team 36-0 to end the weekend on a high, but the team and coaching staff will now know what it takes for them to compete to be the top four in Asia over the next two events in Korea and the UAE. The 3/4th playoff saw UAE and South Korea matchup and the Koreans were too strong for the Emiratis in the rain, leading by 24-0 at halftime. UAE was in unfamiliar territory in the Cup semi-finals (and in the rain) but the squad di very well with a young team in Bangkok – but it’s the South Korean who claimed third overall with a 31-0 win.

The Cup Final between HK and Japan was set to be an epic encounter and HK opened the scoring with two tries, the second through powerhouse Max Denmark. Japan struck back shortly after to make it 10-5. Denmark added another to sprint the length of the field and HK led 15-5 in a pulsating match. HK added two more tries in the final minute of the half to lead comfortably 29-5. HK maintained the same level of intensity to win 36-19 and be crowned Bangkok 7s Champions of the first leg of the ARSS 2022.

Max Denmark was the tournament’s top scorer with eight tries in five games and HK Men’s coach Jevon Groves, who has been tasked with more responsibility under veteran HK head Coach Paul John, said: “Our leaders stepped up again and that inspired the rest of the squad. Great performances from Russ Webb, Seb Brien, Cado Lee, and the whole team was energised by the way Max Woodward was throwing himself around out there, and Max Denmark again showed that he is a world-class finisher.

But all of the squad can be proud of themselves. Those 12 have put themselves in a good position as we narrow down the selection for the Hong Kong Sevens. Now we will come back and assess our physical  condition; reflect and learn from this performance, and rejoin the wider squad in preparing for the big show in November.”

The results of all of the games are found here. 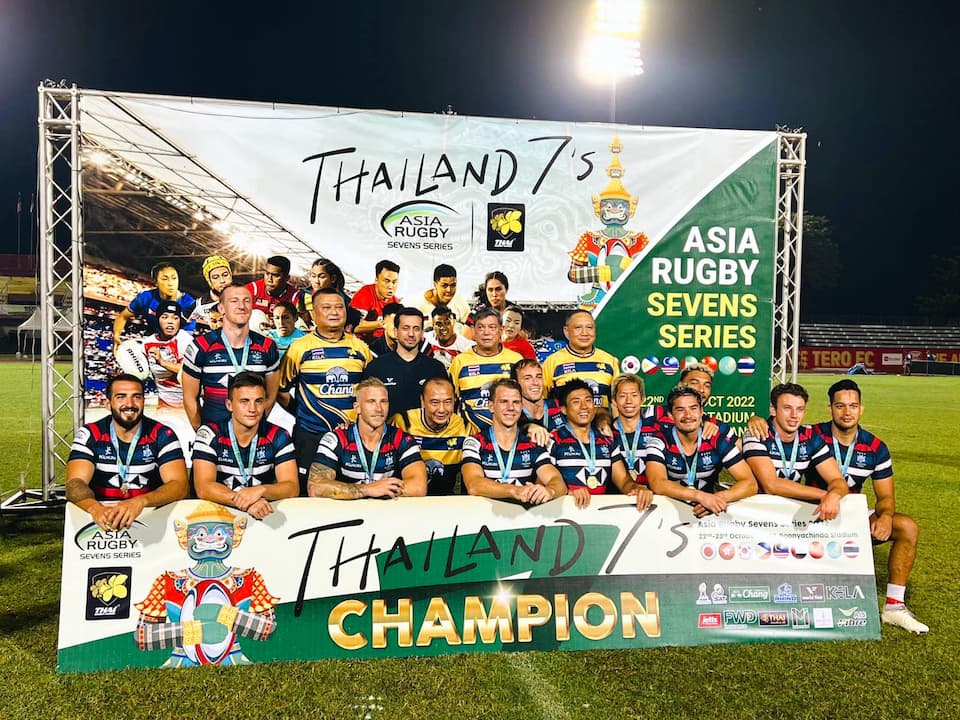 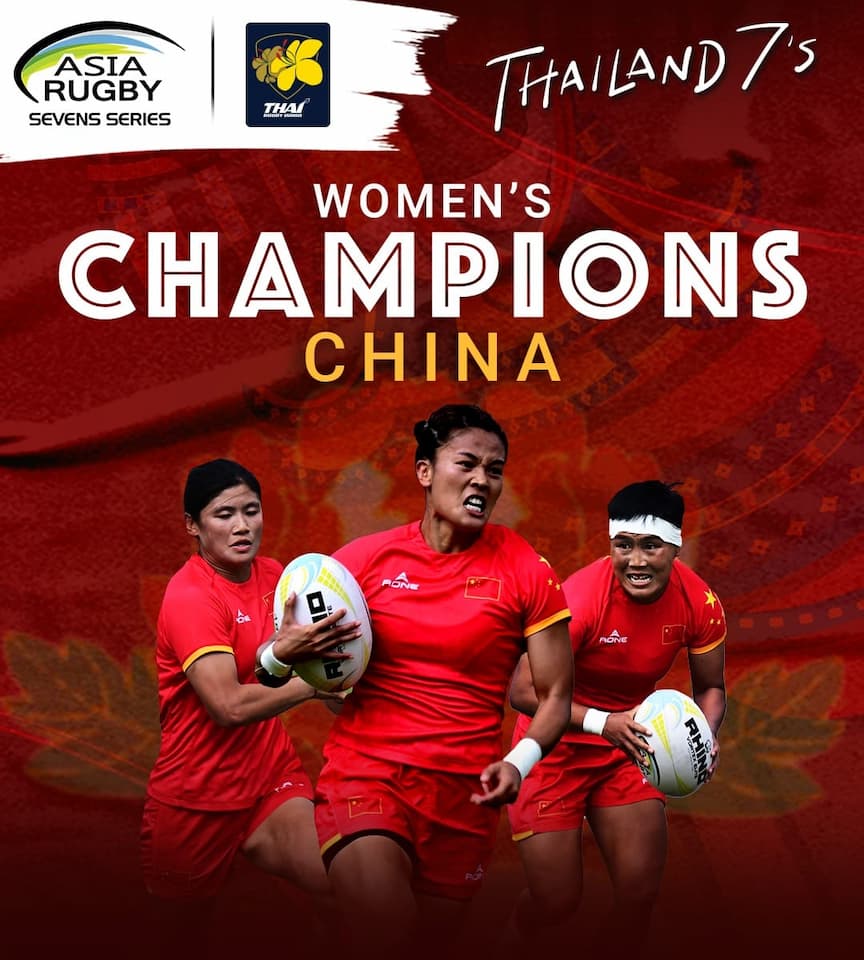 Kazakhstan had a BYE in their Plate semi-final on Sunday and were itching to put a poor first day behind them.

In the second Plate SF, between the Philippines and Malaysia, the former were using their physicality but Malaysia led at the break with a try in the final seconds of the half leading 12-5. Malaysia extended the lead with a quick tap try in the corner but the Philippines struck right back to make it 17-12. The Malaysians sealed the game with a length-of-the-field sprint in the final minute to win 23-12 and moved to the plate Final while the Philippines ended 7th.

In the Cup semi-finals, two exciting games were lined up. With strong home support, the Thai ladies had their sights set on knocking over China. But first arch-rivals Hong Kong and Japan had their enticing matchup.

The match was close and edgy with most of it played in the HK half but then a yellow card to Japan in the 4th minute had the chance to open things up for Hong Kong. Japan however moved the ball well to the left and had their speedster #11 Wakaba finish off a try for the first points albeit with a player down to lead 7-0. On the buzzer for the half, Wakaba struck again after a great team move off the scrum to extend the lead to 14-0.

HK had a lot of ball in the second half but Japan’s defence was immense until the second last minute when HK worked the ball under the posts to make the score 14-5.  Japan closed out the game however and moved on to the final. HK did blood three new caps: Julia Mba Oyana, Georgia Rivers and Cherly So Yee-kei and the lessons learned will be key for three Series events, said coach Monaghan.

Thailand and China in the second Cup semi-final was a fantastic match for the atmosphere, with a real buzz around the grounds. Thailand opened the scoring and created chances but the Chinese stuck back to make it 5-5 (both sides missing the conversions). China struck again before the break to lead 12-5 and although the Thais were fierce in attack they gave away a silly penalty after the buzzer and the Chinese raced away on the left-hand side to lead 19-5 at the break.

The fever-pitch crowd started mellowing out when China added twice straight after the break to lead 33-5 and the game seemed to slip away from Thailand – a huge credit to China to drown out the noise and simply put in a great performance.

So it was Hong Kong to play Thailand for 3rd place and China and Japan to battle out for the champions of the Bangkok 7s. The Plate final between Kazakhstan and Malaysia saw the Nomads were simply too strong with their blend of power and by the second half, the rain came down to nullify the speed of the SEA side and made it a challenge for both sides ball-handling-wise. Kazakhstan was well worth their 32-0 win but won’t be happy with 5th place in Bangkok.

The 3rd/4th playoff match between Hong Kong and home side Thailand was played with deafening support for the home side in the stadium. Thailand had an early break but a fantastic run and last-gasp tackle from Olson-Thorne knocked the ball on from Thailand to deny a certain try. The game was tight and high-stakes and Thailand opened the scoring down the right-hand side to lead 5-0 with five minutes gone and it stayed that way at the halftime break. HK was all defence in the second half and they fought hard on their try line to keep Thailand out but in the final minute, Thailand struck again out wide to claim a 10-0 win in front of a truly amazing crowd to claim third place.

For the women’s Cup Final, favourites Japan and China met for an enthralling matchup. The sides know each other well and the Chinese have been looking to knock Japan off its perch but the Sakura 7s are a strong team that recently qualified for the HSBC World Sevens Series.

Japan carved open the Chinese midfield in the second minute to score and convert under the posts to lead 7-0 but it was another game of inches. Just before the half, China struck back and the scores were tied 7-all at the half.

China opened the scoring in the second half to lead 14-7 and put the pressure back on the #1 ranked team and it was the Saura 7s left wing Wakaba again who came up with the answer, scoring a lovely try to make it 14-12 to the Chinese. With just under two minutes left, the Sakura side broke left off the scrum and added another unconverted try and lead 17-14.

With seconds left it though, it was China that broke for a long-range converted try to steal it at the death and win the Bangkok Sevens leg 21-17 in a game that ebbed and flowed and reminded everyone – it’s very close at the top of the women’s game in Asia.

Japan’s #11 Wakaba was superb all weekend and ended up with 7 tries – the most in the women’s competition. 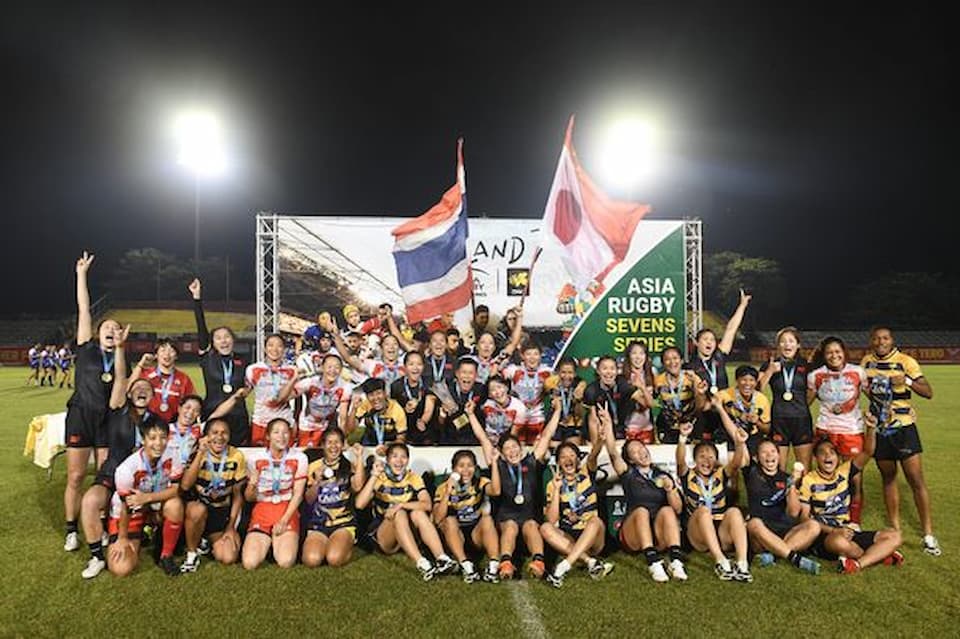 A full stream of the games on Asia Rugby was here, while all of the results of all of the women’s games can be found here.

If you want to see thousands more photos from the weekend – please visit the Rugby Photo Thailand FB Group. 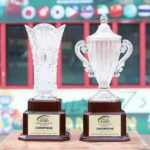