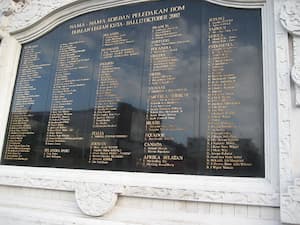 This coming weekend will mark 17 years since the tragic Bali Bombings of October 12th 2002, and the rugby community in Asia and around the world will be marking the event in various different public and personal ways.

In total 202 lives were lost, and the victims came from around the globe. Sadly, a number of rugby clubs in Asia were hit hard too; HKFC, SCC, Jakarta Komodos and the Taipei Baboons losing 27 players and supporters between them. We know members from many other clubs in their home countries, or touring with other sides, were also affected.

Many of those killed that day were enjoying beverages and their teammate’s camaraderie, as we all do, after playing the first day of rugby at the Bali 10s at Paddy’s Bar, before it was hit by the first bomb, and then the second car bomb was detonated outside the open-air Sari Club.

Here are how some rugby clubs will mark 12th October. 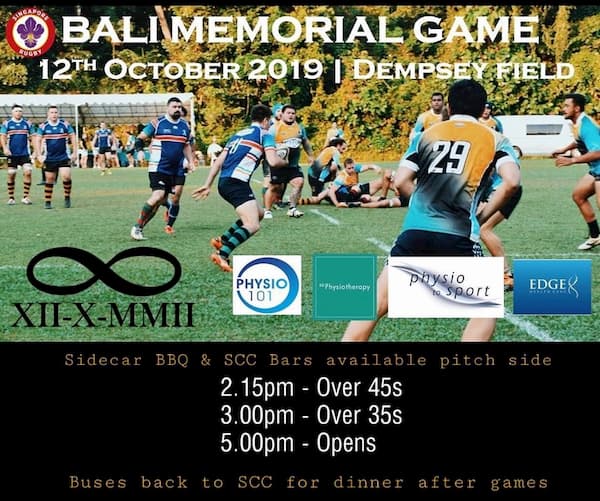 This weekend the Singapore Cricket Club (SCC) will be hosting the Bali Memorial games on Saturday afternoon, the 12th October 2019.

A dawn memorial service will also be held at 6:30 am at the SCC Clubhouse, before 3 rugby games will be played between “the North and South”. The SCC also maintains a memorial inside the club’s main lounge.

Via the clubs Facebook page, it said “This Saturday the SCC Rugby Section and wider Rugby community come together to remember those SCC players lost in the tragic events of the Bali Bombings in 2002.

The dawn service on the Padang will be followed by breakfast in the Club and later in the day three North vs South fixtures at our Dempsey Fields.”

The HKFC unveiled two wall placards at the club in 2005, in memory of the 11 club members killed in the bombings who were playing for the Hong Kong FC Vandals in Bali.

Traditionally, on Friday before the Hong Kong Sevens, teams combined from players and clubs from around the world converge on the club to play some social rugby games, where anyone is made feel welcome. The Pot-Bellied Pigs and HKFC are also involved in this event.

You can read one account of the bombings and recovery since on CNN. 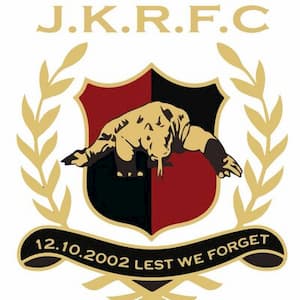 The Indonesian-based rugby club, with a strong expat contingent,  lost six members at the Bali Bombings. They had all been in Bali for the Bali rugby tens tournament that claimed so many of the rugby family.

On the clubs website, it says “Six members of the Komodos Rugby Football Club lost their lives in the Bali bombings by being in the wrong place at the wrong time. They were on the resort island to play Rugby – the most inclusive of sports – and were taken from their families and friends by those who wanted only to divide.”

The club also has another permanent reminder on their club logo which says “12.10.2002 LEST WE FORGET”.

The Taiwan based club, the Taipei Baboons Rugby Club was also badly hit by the bombings that fateful day in 2002. In total 5 members were killed.

Club member and survivor of the bombings, Max Murphy,  opened a sports bar called Brass Monkey “which became the team’s hang out. A memorial jersey was hung on the wall with the date of the attack on it. The jersey has since been taken down, but Bali will always be one of the defining moments for the club.”

The Pattaya Tens Rugby tournament is also named in honour of another rugby player lost. The Chris Kays Memorial Rugby Tournament is dedicated to the memory of the Pattaya Panthers RFC former captain Chris Kays, who was tragically killed in the Bali bombings in 2002.

A number of teams, from Australia in particular, also honour players, members and fans they lost.

Sadly in news, earlier this year, the memorial marking the Sari club site and a plaque with the names of those killed, has been threatened to be torn down for development. 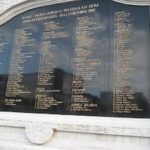