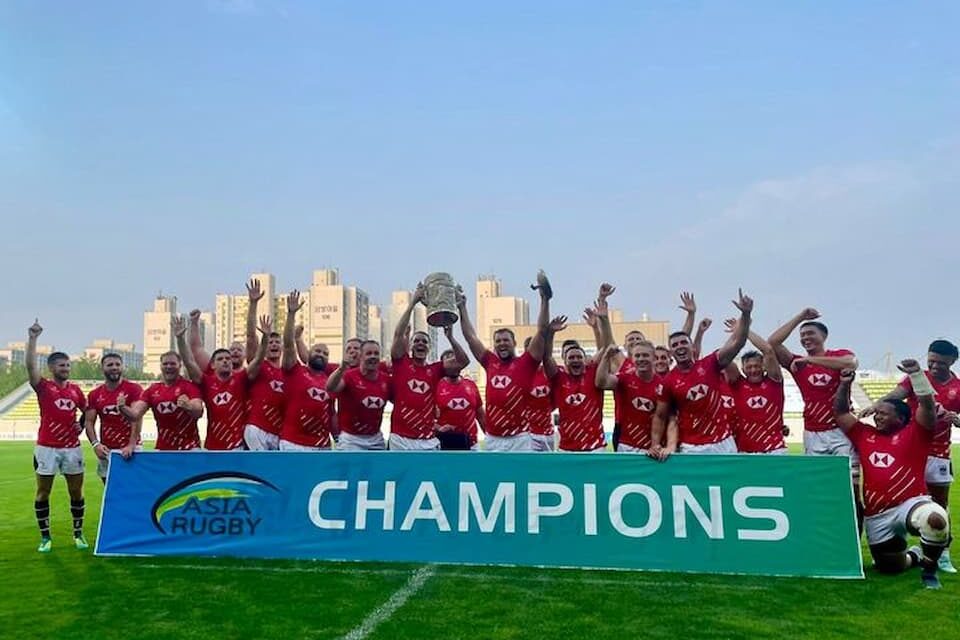 An end-of-a-match penalty kick from HK’s Gregor McNeish secured a tense and hard-fought victory for Hong Kong, who were playing their first international match since 2019, and have overcome a litany of obstacles to achieve the title.

HK Head Coach Lewis Evans, “We did not make it easy for ourselves with some of our indiscipline issues but the result shows the character in this team.”

“Going down a man after a minute, and leading at half-time shows the quality and belief that we have in this team and our performance in the last half shows the mental resilience we have developed over the past three years. I cannot say enough about the boys today, they were outstanding,” added Evans.

The win also means they keep their dream alive of trying to qualify for RWC 2023 in France and now must make arrangements to head to the Sunshine Coast in Australia to take on Tonga in the Asia-Pacific RWC Qualifier on 23 July. The match in Incheon, which was supported by a great live crowd and streamed for free by Asia Rugby was a great showcase for rugby in the region. On a day of congested international rugby, the match proved to be a nailbiter and Hong Kong looked unlikely to claim the win when right-win Charles Higson-Smith was red-carded in the opening minutes.

The team were galvanised and patient and Korea in turn were sloppy in possession and dropped the ball on numerous occasions in the humid conditions, and were unable to make the visitors pay despite the player advantage, event when HK suffered another card (a yellow to left-wing Matt Worley) in the opening half. Instead, it was Hong Kong, using a squad of overseas-based players and HK-based talent who drew first blood through a Glyn Hughes 11th-minute penalty. They added an unconverted Alex Post try and a second try before the half, scored by the returning Worley to lead 15-0 at the break.

Korea turned it on in the second half, and despite courageous scrambling defence by Hong Kong, the Korean bench changes and better handling started to turn the momentum.

The hosts produced their first try after 45 minutes when lock Choi Seong Dook was the beneficiary of three fly-hacked balls upfield and Korea converted the try to make it 15-7. Hong Kong was tiring and the Korean replacement flyhalf was making a big impact, adding a penalty and the Koreans added a second try thanks to captain Kim Kwang Min.

At 15-all with the final 20 minutes to go, the game was on a knife edge and the tension could be felt in the heat

Korea took the lead for the first time in the match after 70 minutes with another penalty 18-15 after repeated Hong Kong infringements but the visitors applied their own pressure and scored a superb try through Nathan DeThierr chasing a kick pass from McNeish in the corner to regain the lead, 20-18.

Korea responded to force a penalty after Hong Kong and took the lead 21-20 with five minutes remaining.

Hong Kong missed one penalty and then secured another one in the 80th minute which McNeish nailed desire the high pressure to win the game 23-21. 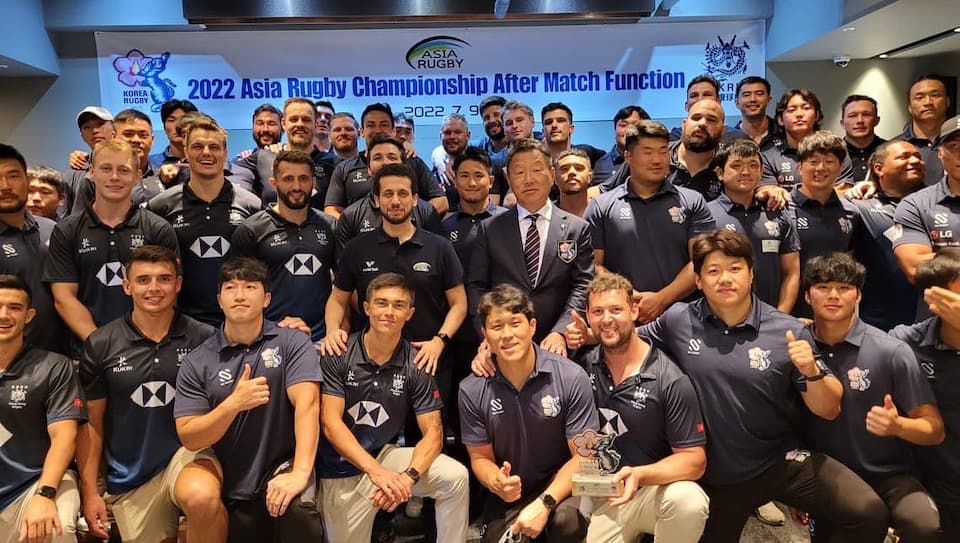 We would also like to credit the commentary team who were outstanding with insights and their information during the match.

Tonga has been playing in the World Rugby Pacific Nations Cup 2022 and has thus far lost both of its matches against Fiji (36-0) and against Samoa (34-18).

World Rugby has been streaming the matches in regions with no broadcast rights and Tonga has one match remaining against Australia A, so it will give the HK coaching team plenty of video to work with to analyse the Tongans before the crucial RWC playoff game.

The winner of the match between Tonga and Hong Kong will directly qualify for RWC 2023, while the loser progresses to a Final Qualification tournament due to be played in November 2022. 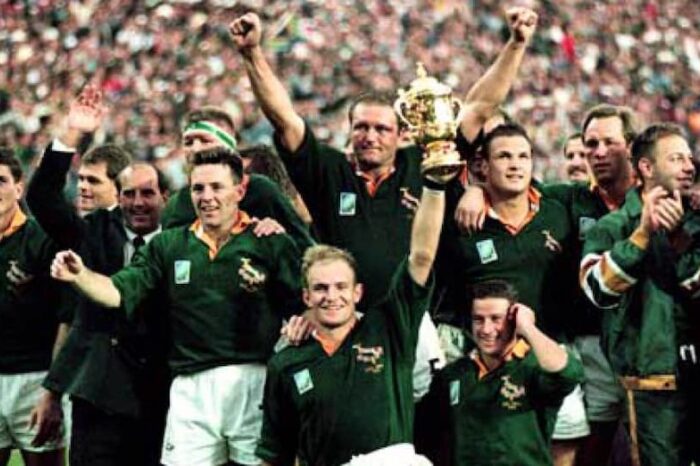 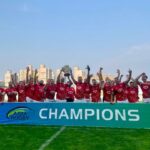