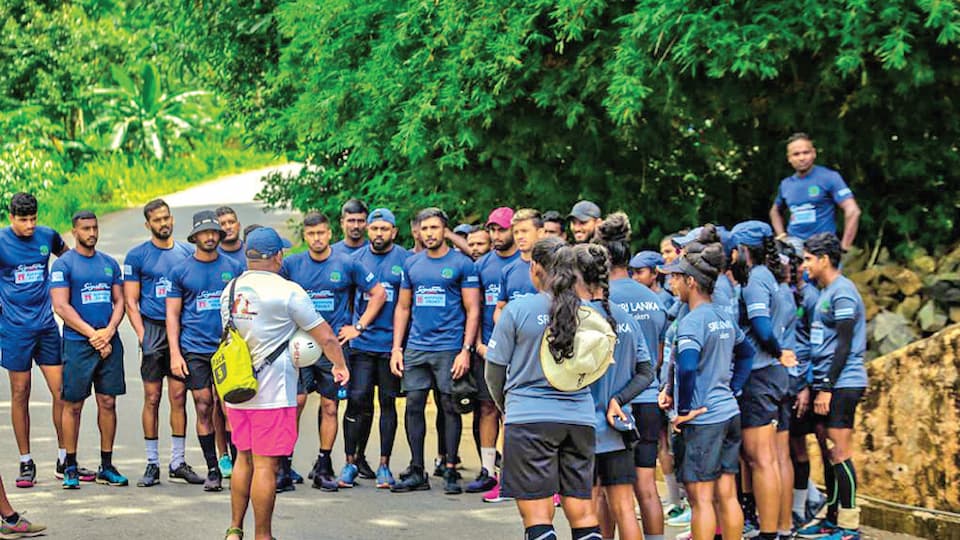 The teams and pools for the rugby sevens at the Birmingham Commonwealth Games 2022 have been confirmed. From Asia, the Sri Lanka women and men, as well as the Malaysian men are all involved.

World Rugby Chairman, Sir Bill Beaumont, said: “Rugby sevens has been represented at every Commonwealth Games since the sport was first introduced in 1998, with some of the biggest names in our sport having competed at this fantastic tournament. It has also served as a launchpad for young and aspiring talent across the global game where players have gone on to become stars.

Both the men’s and women’s Olympic champions will be in action as part of a strong lineup over what promises to be a thrilling three days of fast-paced, high-octane rugby sevens action in Coventry.”

We are delighted to have the world’s best men and women competing in our event at Coventry Stadium, in what will be a fantastic showcase for the sport. With a small number of tickets still available, I would urge all sports fans to seize the chance to get along to the tournament and be a part of history.”

Full details of the draw and a full match schedule is expected to be unveiled soon. 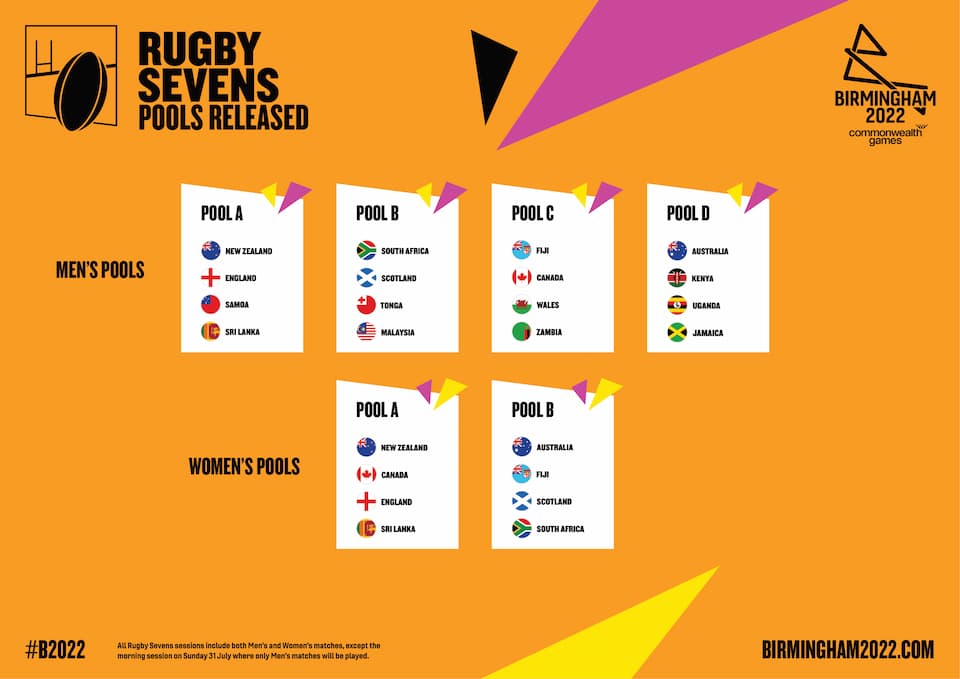 This will be only the second time that women’s Rugby Sevens has featured at the Commonwealth Games and NZ are the defending champions.

New Zealand (also the reigning Olympic Champions) are in Pool A with England, Canada, as well as the only Asian women’s team at the Games  – Sri Lanka.

Tonga qualified via the Oceania qualifiers, while Sri Lanka and Malaysia will represent Asia after securing their places based on results of the Asian Rugby Sevens Series in Dubai in 2021.

Defending champions New Zealand have been pooled with England (2018 bronze medallists) in Pool A, along with Asian hopefuls Sri Lanka, and a highly-competitive Samoa.

Pool B of the men’s competition sees Scotland drawn against South Africa, Tonga and the second Asian nation -Malaysia

Pool C  features the Olympic Champions and silver medallists from Gold Coast 218 Games, Fiji, who are pooled with Canada, Wales and Zambia.

The final pool D in the men’s competition includes medal contender Australia, as well as Kenya, Uganda and Jamaica. 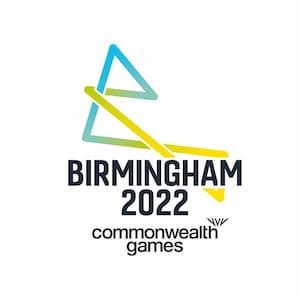 Matt Kidson, Director of Sport for Birmingham 2022, said: “This tournament is going to be fantastic and will provide an opportunity for spectators to see the very best Rugby Sevens players compete in what will be fast-paced and thrilling matches.

“The sessions on the 29 and 30 July provide an opportunity to see every single team in the men’s and women’s competition play, so anyone with tickets for Rugby Sevens is in for a real treat.”

Match tickets at the Coventry Stadium for the tournament can be purchased now at birmingham2022.com with prices for adults starting at £15 on Friday 29 July and £22 on Saturday 30 July and Sunday 31 July. Tickets for those under 16s start at £8 on all three days. 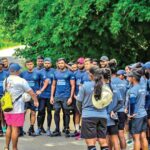