Japan Rugby League One (JRLO) 2022-2023 season kicks off in Tokyo on Saturday 17th December 2022 in round 1 with several of the title-contending teams squaring off in Division 1, but there is action across all three divisions this weekend.

There are three matches in Division One on each day of the opening weekend, with Divisions Two and Three also kicking off.

All times shown are Japan Time. You can read our JRLO 2023 Season Preview here. 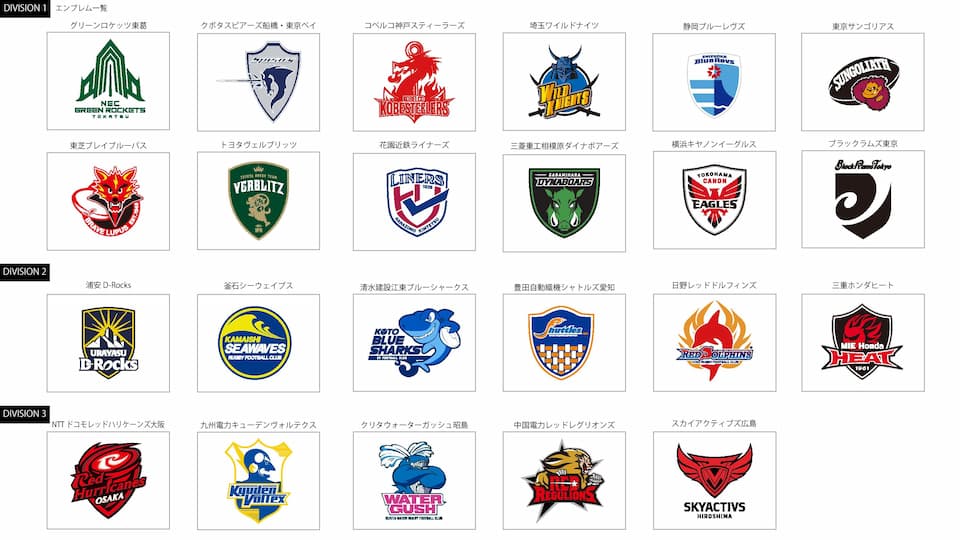 The Black Rams are coached by the former NSW Waratahs winger Peter Hewat, and the Tokyo-based outfit has recruited former Wales international midfielder Hadleigh Parkes from Saitama, as well as second row
Josh Goodhue from the (Auckland) Blues as well as 22-test English international Nathan Hughes.

The Dynaboars are back in the top flight after earning hard-fought promotion last season, and Glenn Delaney heads up the new coaching team. He has vast experience from New Zealand’s NPC and Super Rugby, as well as the United Rugby Championship, from his time in Wales.

Wallaby Matt To’omua is the prized new star and is joined by Wallaby centre Curtis Rona who will debut for the Dynaboars after an off-season transfer from London Irish.

Verblitz Director of Rugby, Steve Hansen, has reassembled his coaching team ahead and former Otago NPC coach Ben Herring, takes the helm (he also has experience from Major League Rugby in the United States.)

Springbok loose forward Kwagga Smith is the new co-captain of the Blue Revs, a club which has signed a partnership with European titans Stade Toulousain.

Todd Blackadder is the coach of the Brave Lupus and has added South African midfielder Burger Odendaal from Wasps but most of the squad remains the same with Warner Dearns in the second row, former All Black centre Seta Tamanivalu, and former Japan captain Michael Leitch.

Kintetsu returns to the top section as Division Two champions but will be without Wallaby star Quade Cooper for at least the first part of the campaign after the flyhalf injured his Achilles during Australia’s opening test of this year’s Rugby Championship in Argentina.

Former Hurricanes’ flyhalf Jackson Garden Bachop, and Scotland lock Ben Turis are also in the squad as well as veteran Will Genia.

Sungoliath saw the departure of the competition’s top point-scorer from last season, All Black Damien McKenzie, who has returned to Super Rugby in New Zealand, and he has been replaced by fellow All Black Aaron Cruden who transferred from Kobe.

Other core members are backrow Tevita Tatafu (scoring six tries in Japan Rugby League One’s maiden season), and winger Tevita Li, who will be on the try trail after finishing as the top try-scorer in this year’s NPC competition in New Zealand.

Japan wing/fullback Kotaro Matsushima re-joins from French club Clermont  Auvergne, while Crusaders
midfield back Isaiah Punivai is covering for Wallaby star Samu Kerevi, who injured his knee and may not be ready until the tail end of the season.

The Spears’ Coached Frans Ludeke’s men finished third after having their title aspirations ended in the semi-finals last season and are led by Springbok Malcolm Marx, who as teammates call upon Wallaby flyhalf Bernard Foley and All Black midfielder Ryan Crotty.

Even though the Eagles fluffed their lines at the end of last season when a maiden semi-final appearance was a possibility after winning 10 JRLO matches, , the relocation to Yokohama last season was seen as a good one.

Kobe, who won the Top League in 2019, have brought in powerful All Black midfielder Ngane Laumape from Stade Francais while youngster Seungsin Lee will fill in at flyhalf after Cruden’s departure

Urayasu D-Rocks is a newly merged club and has several stars such as Israel Folau and will take on another star-studded side Honda Heat, which in their squad includes Argentine captain Pablo Matera and Wallaby fullback Tom Banks – both will start on opening day – alongside Springbok second-row Franco Mostert, who will come off the bench.