While the Australien women and Fiji men rightfully receiving their plaudits for being crowned the new Sevens World Rugby Champions in Cape Town at the RWC Sevens 2022, the Asian teams all recorded wins in their final matches on Sunday 11th September to end the tournament on a high.

The Korean men ended up claiming 21st place at the RWC Sevens 2022 with a good win over Portugal. We spoke with Head Coach Charles Louw following the win (interview coming soon) but he was happy with the progress the team had made over the tournament but also admitted that some mistakes were “coach killers” as the team didn’t always execute as clinically as he would like.

In the final 21st playoff match with Portugal, Korea moved the ball better but Portugal scored early through a spilt ball from the Korean hands to take the lead 5-0. Korea then had a great attacking opportunity from the kickoff and should have really scored by it was ruled out by the TMO. From an ensuing scrum, the Koreans finally crossed the line through their star try scorer Jeong Yeonsik to make it 5-5.

The half ended with more wasted chances by the Asian side but in the second half, Wanyong Park finally added the second try to seal the game 12-5 which meant the Korean finished 21st in the tournament. 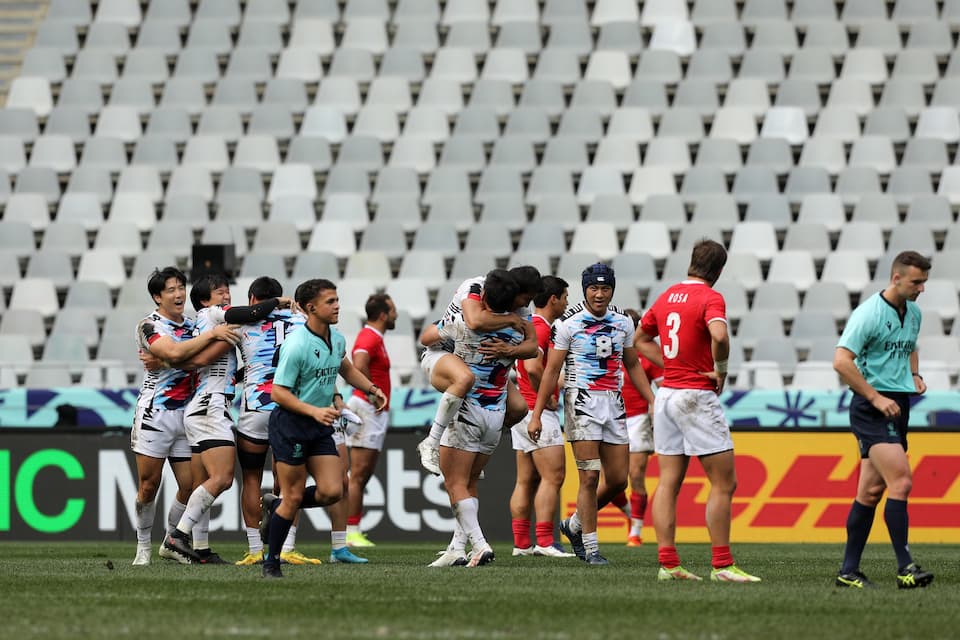 We were tied up in interviews when Hong Kong was playing but partially watched the match in which the HK team scored three tries through Michael Coverdale, Hugo Stiles and Liam Doherty and denied the Pacific islanders any point which would have pleased the Head Coach Paul John.

The 19th place finish was maybe not as high as the team had hoped for, but the tournament is a tough one and should benefit the team overall for the three-part Asia Rugby Sevens Series this year. Overall, as a professional outfit, the Chinese women may have been disappointed with the weekend but they also had to contend with injuries (missing three of their Olympians) but its also a new reign for the new head coach Osea Kolinisa. We spoke to him at the weekend and will publish the full interview soon and he confirmed he has a one-year contract and has high hopes for the team at the Asia Rugby Sevens Series and Asia Games in 2023.

In the match versus South Africa, the team had to contend with the patriotic and noisy crowd, energy and atmosphere we are sure the team will remember. SA however started by scoring early through Eloise Webb to put the home team 0-5 in front.  China’s Chen Keyi struck back with a great run and breaking tackles to score a converted try and put China 7-5 ahead. The side scored again before the half after moving the ball well to the left wing and Zhao Ying dotting under the posts to make it 14-5 at the break.

The second half didn’t start well with a huge challenge on the Chinese player causing the loose ball to be scored by SA within the opening minutes to reduce the lead to 14-12. China then turned some good attacking pressure into more points and extend the lead to 21-12 following a try by Sun Yue. With the crowd energising the South African ladies they scored late in the corner to make it 21-19 but with no more time, China held on for a good win and finished 13th at RWC Sevens 2022. 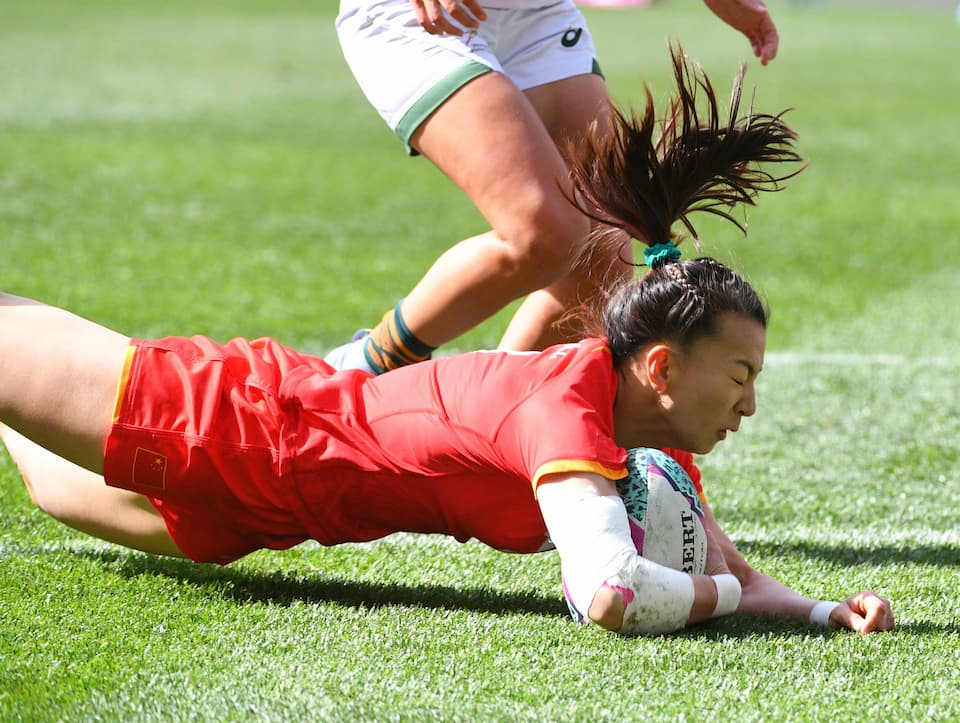 Read more about the final results and winners from Cape Town RWC Sevens 2022.

Japan Sakura 7s ended up being one of the crowd favourites and they showed themselves to be tenacious and skilful on Saturday and Sunday following a disappointing match to open the tournament on Friday. The match started with the Japanese having to defend and some errors from both sides leading to a series of knock-ons and scrums and resulting in wasted chances from both sides.

Poland eventually attacked the blindside from a scrum and ran down the touchline to open the scoring 0-5. Poland, who was far superior physically, ran in a second try from the same right-hand side to extend the lead to 0-12. With the Sakura 7s needing points before the half, they worked the space well and dotted their first try through Wakaba Hara to make it 5-12 at the break.

Japan chasing the game scored again through Wakaba Hara to make it 10-12 in the 11th minute and were attacking better in this period and eager to overturn the deficit. In the final minute, Yume Hirano ran over to add a third try and take the lead for the first time with Michiyo Suda converting to make it 17-12 and at the final whistle, the Japanese players were visibly ecstatic with the win. We spoke with the Japanese coach following the win and will publish the interview soon. We also watched the players receive their trophies in the player’s tunnel and the media and fans were so happy for the team as the Poles are a great outfit.

See all of the match results from RWC Sevens 2022 here, 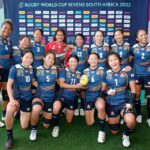