Rugby India has announced a number of major developments in 2020 to advance the sport in the country. Although little rugby has been played due to COVID-19, the governing body is making giant strides to move the game forward and we review some of the highlights in 2020.

A 2020 Get Into Rugby (GIR) Statistic report 2019 ranked India as top of the global rankings for the World Rugby’s development program with 214,053 new rugby participants. GIR was introduced by Rugby India in 2013 and the latest reports showed that:

The coaching team of the national team in 2019 also comprised of a number of well-known South African coaches including former Springbok Naas Botha.

Throughout 2020 most rugby tournament had to be cancelled as the pandemic brought sports to a grinding halt. However, Rugby India has been very proactive in promoting the sport online through a series of online webinars and interviews.

Rugby India embraced digital competitions as early as May, with the launch of an online rugby competition, called the TRY Series 2020, which was hailed as a success according to Rugby India CEO Nasser Hussain.

In September 2020, rugby was included in Indian Department of Sports list of sports which will qualify rugby athletes for consideration under the sports quota for group C positions.

Currently, Rugby India is still undergoing the #ReturnToPlay,  and the governing body “urged all its stakeholders to take the necessary measures to ensure player welfare by adhering to the safety protocols before resuming any Rugby activity.” Rugby India announced the names of the 3 Unstoppable women rugby players that will represent India at the Asia Rugby ‘Try And Stop Us’ campaign. Regional associations were empowered to drive the second phase of the campaign, through a search for their own ‘Unstoppable’ women.

The panel of judges selected the three women rugby players from 60+ applications and inspirational stories received from Women across India. Sports Odisha was unveiled as an official sponsor of the Indian National Rugby teams in October 2020.

Rugby India said via its online platforms “A historic day for Indian Rugby as we welcome the Government of Odisha as Associate Sponsors of our Indian National Rugby Teams (Men & Women).”

Rahul Bose, said at the signing, “Thanks to this sponsorship from the Govt of Odisha, national rugby players (women and men) will, for the first time ever, be paid for their services to the Indian rugby teams.

This marks a first, solid step towards making rugby a professional sport in the country.

I am eternally grateful to Sports and Youth Services, Government of Odisha for what they have done for not only rugby but for sport as a whole in our country.

They have been one of the most proactive, diligent and excellence-focused state sports departments in India. Their vision of holistically developing sport is unparalleled and I salute their efforts in putting India on the global sporting map. Today we celebrate the long-standing partnership we have with Odisha as we pave the way for a bright future for our athletes.”

With sponsors confirmed until 2023, the partnership will also allow for:

ESPN India added that “the agreement, for a three-year period, will enable players to be paid for participation in camps and tournaments. While the deal doesn’t cover the off-season, the core group of national players have been promised insurance and nutritional support.” 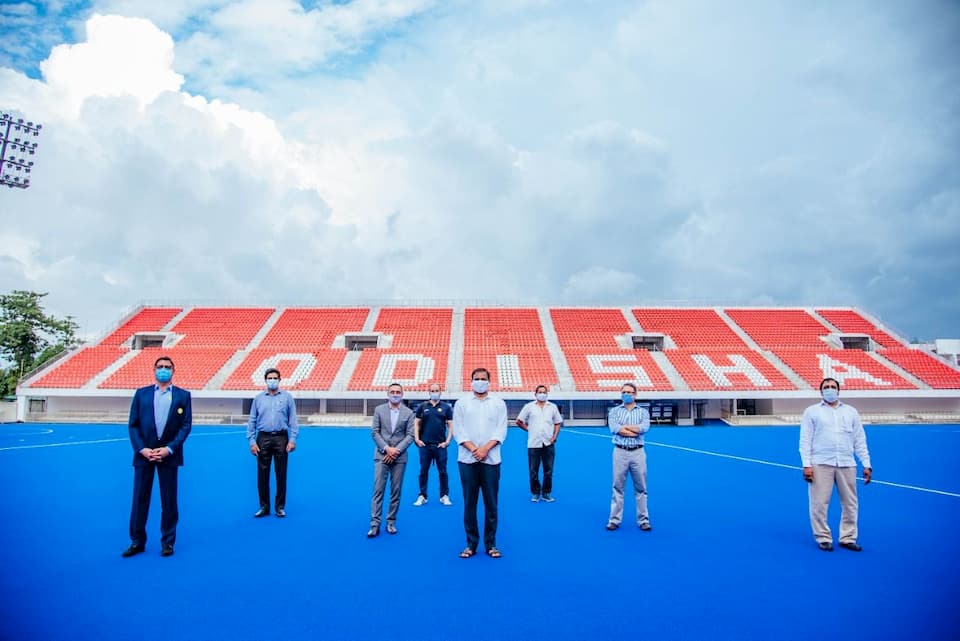 A dedicated rugby field is also being established in Srinagar it was announced in October. The foundations for the field were being laid by Jammu and Kashmir Lieutenant Governor, Shri Manoj Sinha for the first dedicated Rugby field in Srinagar! 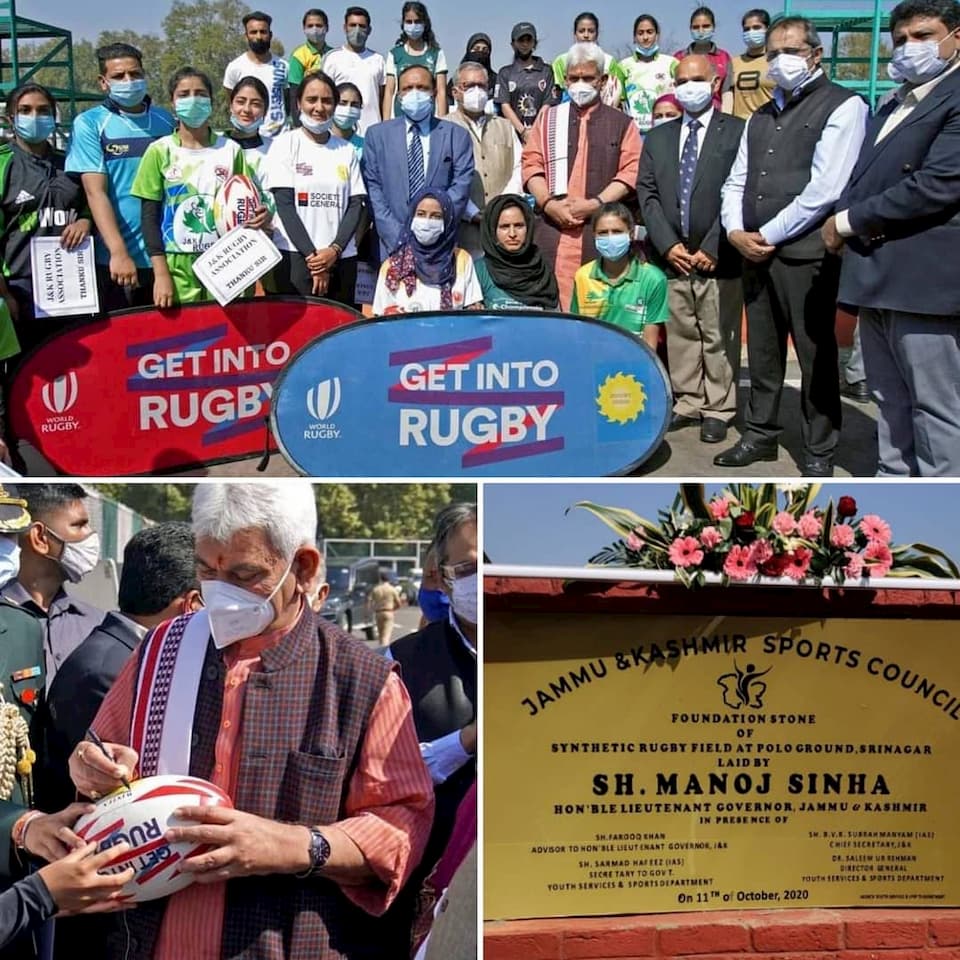 Khelo Rugby is one of the leading grassroots rugby programs in the world and in 2019 was awarded the 2019 Rhino Grassroots Rugby Award.

The rugby programs were started by Paul Walsh, who we interviewed last year about the program origins, success stories and challenges. Aside from funding obstacles, Paul also said, “keeping young players in the game is also a challenge once they leave college and go into work – there is no time given to sports unless you are perhaps a high-level cricket or football player”.

In 2020, Khelo Rugby has also taken advantage of online media and platforms and have run a series of rugby and lifeskills programs such as “Let’s Play Rugby” on Youtube (introducing the basic skills and rules of the game), and “Money Management” (discussing financial responsibility, savings and payments) on Facebook.

Paul has also used his extensive contacts to arrange online quizzes which have had famous rugby guests as quizmasters, such as Gavin Hastings (Scotland), Jamie Roberts (Wales and B&I Lions), Danny Care (England). 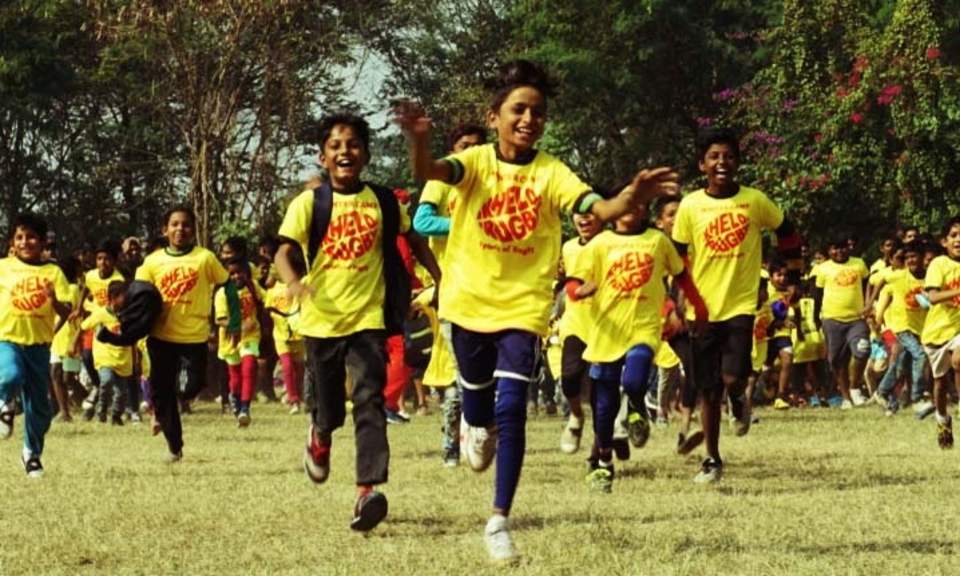 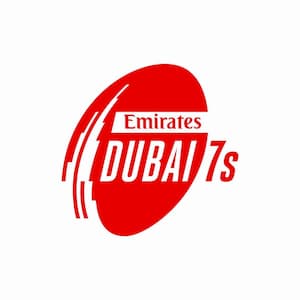 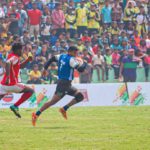