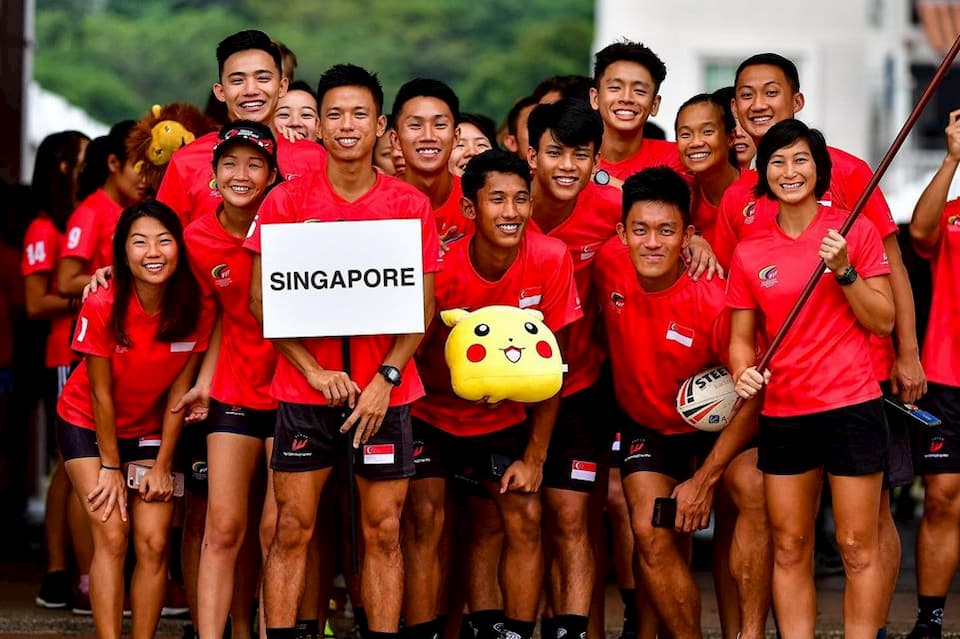 Touch Singapore (TSG), which is the governing body of touch rugby (footy) in the SEA nation, recently elected a new executive board and are now determined to accelerate the development of the sport by targeting grassroots development and major trophies with its Elite players.

During the recent Touch Singapore AGM and board election, which was held on June 13, 2020, via zoom due to the global pandemic safety restrictions, the outgoing Executive Board also provided a financial summary and an Annual Report on the past year.

Chris Hallewell, the new TSG President who will lead the Touch Singapore Executive Board from 2020-2022 said in a statement: “Focusing our efforts on grassroots development of local talent is at the heart of the growth agenda of Touch Singapore.

Our ambition is to get a ball in the hands of more local children from the age of 6 upwards and for Touch to be adopted into the local schools’ curriculum as soon as possible, in line with the successful introduction we have seen in the International schools’ system.”

The TSG has $83k (Singapore Dollar) balance, comprised of $78k in available funds in the bank, $4k held by TRC as a holding deposit for field use and $1k outstanding deposits.

The participation in the Singapore National Touch League is open to anyone from any background from ages 13 and above. This has also meant the participation level of touch in Singapore, has increased 120% in the number of teams, from having 50 teams participate in the TSG National League in 2018 to over 100 teams now participating.

TSG has also offered and provided support to community Touch tournaments organized locally. These include the Fun Touch & Beach Touch, by providing operational, marketing and referee support, which is crucial for the development of the game and players. 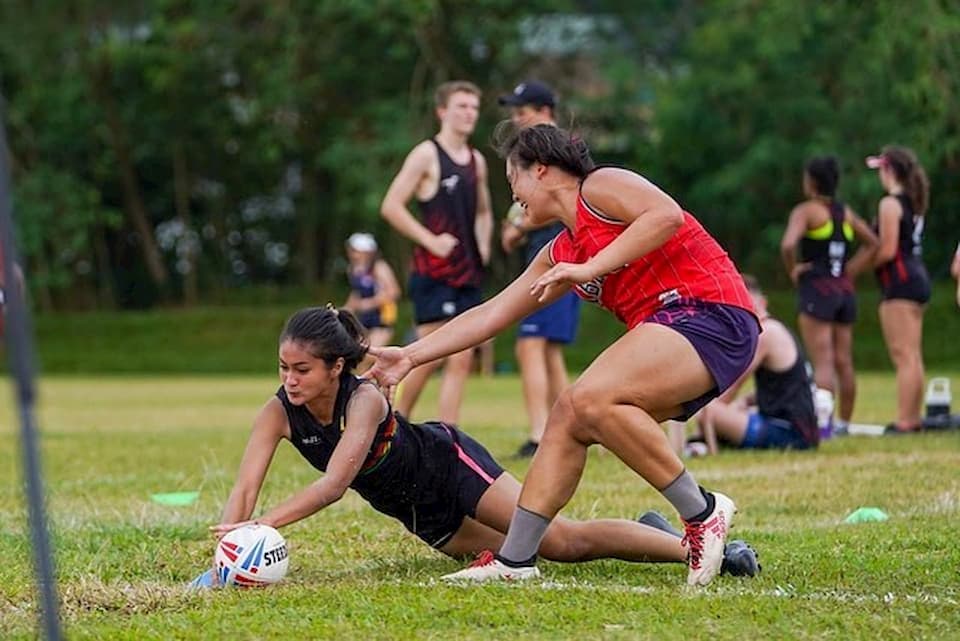 Participation in the Singapore National Touch League is open to anyone from any background from ages 13 and above.

Singapore Touch on the global stage

A press statement from TSG said, “the newly elected board will be expanding on TSG’s existing efforts which have been highly successful in elevating the sport locally and internationally.”

A key goal of the new board would be to improve the elite pathways programs. “The medal achievements from the past three Touch World Cups have demonstrated that Singapore has the capability to compete on the biggest stage in world Touch Football. However, in order to maintain the standing, there is a realisation that greater investment is needed in the development of the elite pathways for both players and coaches if Singapore is to remain competitive.”

TSG also does not currently have NSA (National Sports Association) status. It is the aim of the new board to achieve this which will allow the association to benefit from the operational support available from Sports SG and attract corporate sponsors.

As Singapore looks to maintain its standing as one of the leading nations on the international scene it will be vital to continue the two-pronged attack to develop at the grassroots level which in turn will support the efforts to build the pathways to elite level. Singapore entered a record 8 teams at the 2019 Touch World Cup, the 4th largest contingent “behind powerhouse nations Australia, New Zealand and England demonstrating the popularity of the sport in the country.”

The executive board and support from the Touch community and its stakeholders has “aided to catapult Singapore onto an international stage and gaining recognition as a leading nation in APAC (Asia-Pacific)” said the TSG statement. 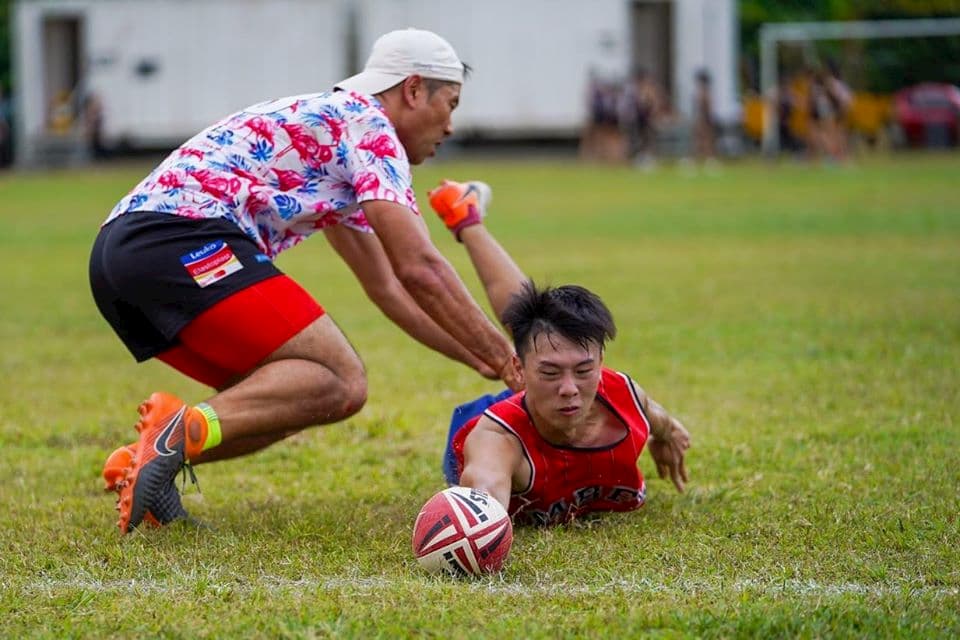 Touch Football has existed in Singapore since 1998, however, the TSG was only officially founded in 2017 when an executive board led by then-president Jeslyn Lim was established.

The main goal of Touch Singapore was to “bring stability to a sport, which had experienced significant challenges under the administration of a previous governing body that had lost the confidence of the community.”

In November 2016 Sport Singapore, the National Governing Body for Sports in Singapore had also supported the affiliation and partnership between TAS and Singapore Rugby Union (SRU) to promote and govern the sport of Touch in Singapore.

By August 2017, FIT had announced that “the Singapore Touch Community had a series of meetings with the Federation of International Touch (FIT) Representatives, William (Bill) Ker and Peter Topp” to formally create a Singapore Touch Governing Body that “shall be recognised by FIT and to democratically elect the executive members to run it.”

This included member participation in setting up a constitutional framework and the core values they wanted Touch Singapore to represent. It was also decided that 11 Executive Positions were to be on the committee. Effects of COVID-19 on Touch Singapore

TSG said it is “continuing its efforts to support local clubs, schools and universities with their small group training, carefully navigating the return to play protocols to ensure the safety of all members of the community.”

TSG is also constantly assessing the guidelines from Sports SG and the Singapore government. A number of materials have been created to support “coaches with clear phase 2 guidelines along with a framework of drills and exercises that can be completed for the community to utilise in accordance with government policy.” 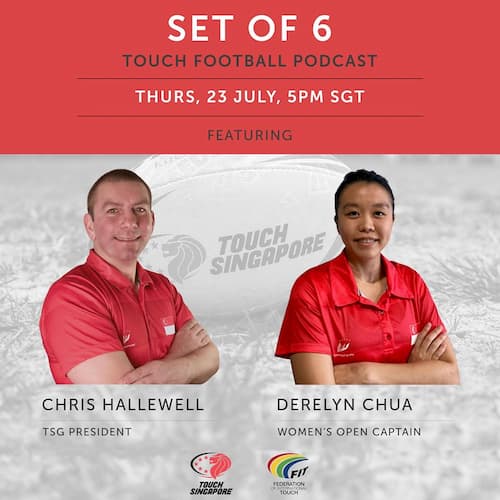 They are currently waiting on Sports SG to confirm the timing for the introduction for phase 3 and planned measures. It is hoped this will commence in mid-August 2020.

Chris Hallewell added, “we are looking forward to serving our community and are now working hard to plan our deliverable objectives for the two years ahead, continuing the efforts of the previous board.”

You can tune in to the Federation of International Touch FB page at 5 pm Thursday, July 23, 2020, to listen (and see) Chris Hallewell (TSG President) & Derelyn Chua (Singapore Women’s Open Captain) who will be interviewed by Adam Collins in FIT’s weekly “Set of 6” podcast.

(All photos are sourced from Touch Singapore). 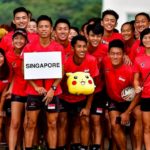