The Cathay Pacific/HSBC Hong Kong Sevens 2020 dates have been locked in as 3-5 April 2020 it was announced yesterday.

The 2019 edition men’s was won by Fiji, who also claimed the overall championship. The hosts also ran a Green Campaign with the aim of the Green Sevens to reduce the environmental impact of the Cathay Pacific/HSBC Hong Kong Sevens. In addition, a number of rugby legends and ambassadors attended the 2019 event.

Hong Kong was confirmed in March this year to retain the Sevens on the HSBC World Series until at least 2023. It was also confirmed that it would feature the men’s and women’s Sevens World Series. Singapore is the only other Asian host nation on the 7s circuit.

The Hong Kong Sevens week includes a number of other rugby events and tournaments and those will be set to confirm their dates soon.

We will keep tabs on the other tournaments but Kowloon Rugby Fest has confirmed it’s going ahead while the GFI Tens 2020 confirmed it was cancelled.

2020 is obviously a huge year for Sevens as the Tokyo Olympics will determine the next gold medal Olympians for the men’s and women’s 7s. The initial qualifiers have already been confirmed but we won’t know the full complement of participating nations until later in 2019.

It’s the news you’ve been waiting for Sevens fans – the 2020 Cathay Pacific/HSBC Hong Kong Sevens will be held from 3-5 April. Lock it in!!#hk7s #wheretheworldcomestoplay 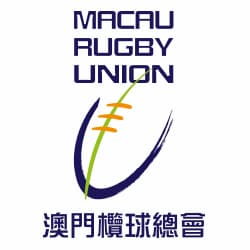