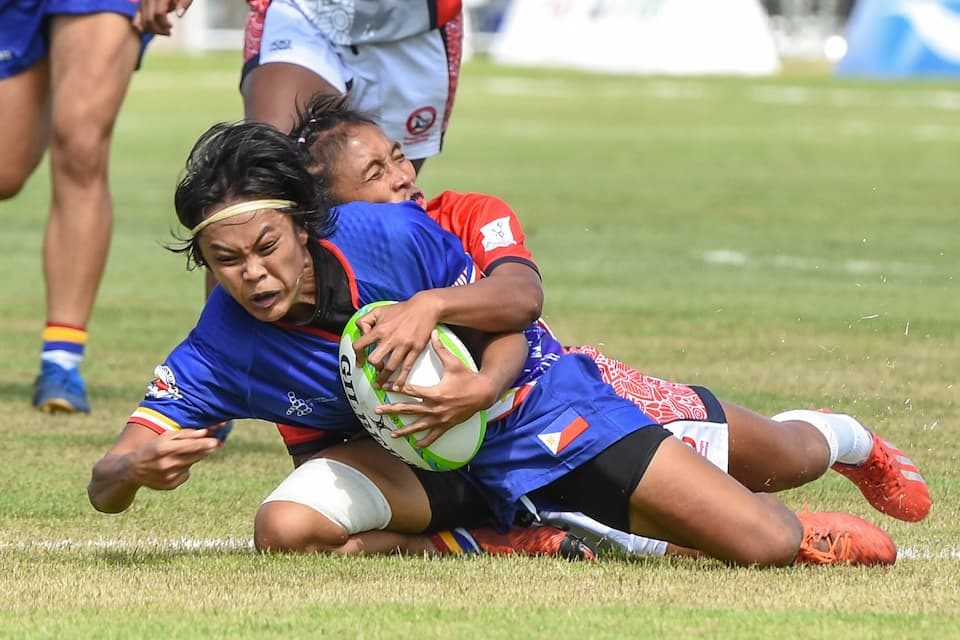 The final week of April 2021 was jam-packed with online webinars and sports conferences, from SportsPro Live sessions, Live Sports Matters and the Asia Scotland institutes panel discussion on Rugby in Asia.

We summarise the key discussion that focused on future-proofing rugby in Asia from these events in a series of articles that look at the challenges, opportunities and innovations that sports and rugby faces.

In this ‘Part Two’ of the series, we review the Asia Scotland Institute webinar on Rugby in Asia and the Scottish connection, in particular looking at China, Hong Kong and Japan as well as the opportunities a professional league and women’s rugby present in Asia.

The webinar aimed to discuss “the huge growth of rugby in Asia with panellists who illustrate the influence of Scotland and the Scots on the game in the region.”

Three high-profile panellists discussed different aspects of the growth of the game; Robbie McRobbie, as CEO of the Hong Kong Rugby Union (HKRU) and a leader in the development of rugby across Asia, Ada Milby on the development of the game and its potential, and Euan Mackintosh, Head Coach of the China Women’s Rugby 7s team and the potential of rugby in China.

You can read our preview of the event here.

The Scottish connection to rugby in Asia was explained by McRobbie and he also highloghted some interesting facts about the roots of the game and its growth in Asia: McRobbie says that rugby was first played in HK in the 1880s, but the HKRU was only formed in 1952. Currently, there are 10,000 registered rugby players in ages ranging from 4-64 years old.

Importantly, he noted that most registered players are local Hong Kong Chinese, and that good progress has been made in integrating the sport in schools and Universities – and that rugby is now played at hundreds of schools and tertiary institutions in Hong Kong

In addition, McRobbie said there are 90 HKRU full-time staff as well as 50 paid players – although this number has reduced during COVID-19.

One of the special guests on the online webinar was former Scotland international player Scott Hastings. He asked Robbie McRobbie about the future relationship with the Chinese government, how it can be improved and on HKRU involvement in growing the game in Asia.

McRobbie said he felt that World Rugby has not used the HKRU enough in developing Chinese Rugby – they know them better than anyone and are a great resource to develop the game.

McRobbie also highlighted the HKRU has interactions with China Rugby and within the region in facilitating referee coaching courses and other development training. The link to Bay of Plenty in New Zealand (Where Mackintosh was coaching before taking the role with China Rugby), Hong Kong, and China Rugby forms an interesting triangle. The HK population is 7 million but south China has 70 million people – so it could be a game-changer for rugby development. 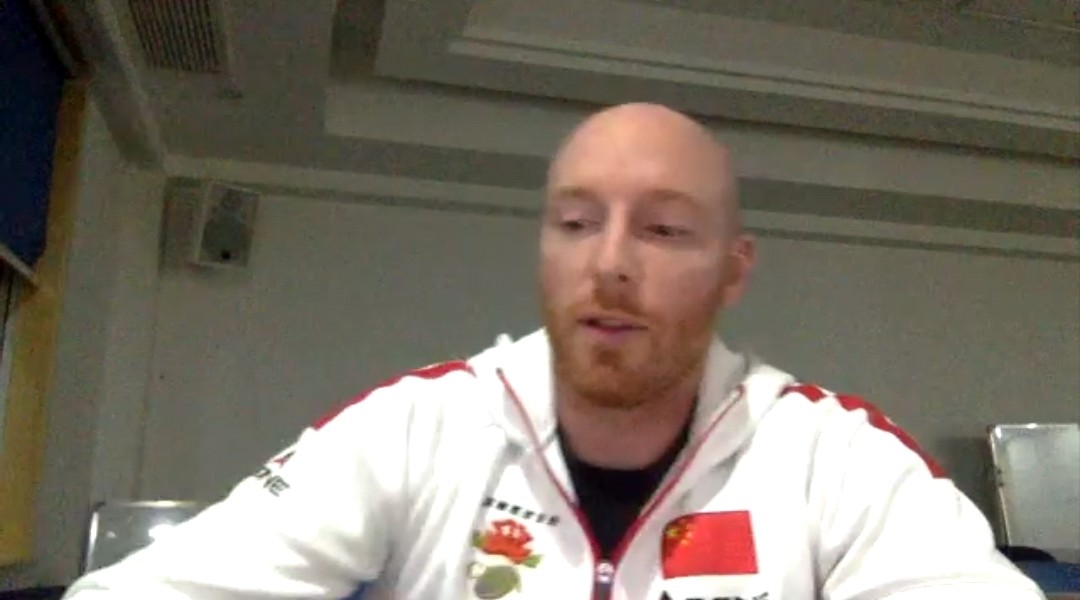 Euan Mackintosh is the current China Women’s Sevens Rugby Head Coach and is only a few months away from leading them to the Olympics in Tokyo.

His route to his current role is an interesting one, borne of chance, the pandemic, and NZ’s growing rugby ties to China. Although the Scot was coaching in New Zealand in 2019, he joined China Rugby as Assistant Coach and was with the team that participated at the Hamilton, NZ Sevens on the World Series who ended up being stuck for a few months in New Zealand due to the outbreak of coronavirus.

Mackintosh was eventually offered the Head Coach role in 2020, and with the team, has been moving around China, (by his account) to six different bases in preparation for the Tokyo Olympics, often renting football facilities. Mackintosh is now with the China squad in Nanjing for the final month’s training block before heading to Japan.

Asked on how the squad is selected, he said that currently 12 provinces have full-time rugby players across China and two big provincial tournaments every year are key to selecting national team players. At the most recent national tournament in Guangzhao, ten more players were added to the national training squad which has since seen the total squad whittled down to 19 players for Tokyo 2020.

He added that grassroots rugby in China is still young and that most of his squad athletes started in other sports and moved to rugby at the age of 15-16, so the sport isn’t at the top end of the sporting hierarchy, but they hope representation at the Olympics can change this.

Robbie McRobbie added that the roots of Chinese rugby are in the PLA (People’s Liberation Army) with the recently deceased George Simpkin seen as a key influential figure. The HKRU CEO added that the current China Rugby boss wants to have rugby implemented across the PLA and have several teams, which would see massive growth of playing numbers in China.

Ada Milby, who has a long list of impressive current co-current positions in rugby is also running for a seat on World Rugby’s EXCO.

Milby noted that the growth of rugby unions in Asia Rugby and World Rugby is impressive. She also added that in the women’s game, there are upcoming powerhouses like Sri Lanka, China and India.

Milby feels that Asia Rugby has “the opportunity to build rugby as we want, a sport for all – we doubled women representatives on the Asia Rugby Exco, have more representation on committees”. She also wants the women’s Advisory Committee to be eventually obsolete as representation will be naturally normalised.

On the social impact of rugby in Asia, Milby pointed to Hong Kong as a leader in this space. She also acknowledged the success of ChildFund Pass It Back (now as part of ChildFund Rugby) – which started from a small program in Laos to be a global partner of World Rugby at the RWC 2019.

“Laos is the only country where the sport of rugby is seen as a girls’ sport and not a boys’ sport” due to the numbers playing.

As a perennial achiever and pioneer for rugby and rugby development, especially for women’s rugby, Milby said in the Philippines, where she is the PRFU President, that the rugby clubs have bloomed from one expat club to over 20 clubs over the past 20 years.

Milby mentioned that although Philippines Rugby may not have the commercial and financial clout like China and Hong Kong, they are working hard to catch up and she also cites Hong Kong as a key influence for the success they have had in supporting the growth of local players and supporting rugby in the region. Ada Milby was also quick to point to the commercial success of the Rugby World Cup in Japan and that the recently announced sponsorship of Asahi for RWC 2023 showed the global reach of the sport and that future-proofing rugby in Asia, where 60 per cent of the globe’s population lives, is important.

What elite level or pro level aspirations do Asian players have?

Asia Rugby 247 asked the panellists about the aspirations for rugby players in the region. Outside of Japan and Hong Kong, there seem to be limited opportunities at the professional level?

Euan Mackintosh said the potential number of athletes – if people open their eyes up to the sport – is huge. He mentioned that on the professional side, the link between Bay of Plenty and Global Rapid Rugby (GRR) through the Chinese-based China Lions would have made an impact.

But big picture, Mackintosh agreed that a pro league in Asia itself would be the ultimate cross-connection between the Asian countries and that it “Would be great to see a professional league in Asia.”

Robbie McRobbie backed this up and said that “Unless we find an outlet for the game in Asia we will be left behind” before citing the pro leagues that exist in South America, MLR (in North America), the Russian pro league, and World Rugby backing Fiji and Samoa in Super Rugby.

McRobbie confirmed that it’s tough for the rest of Asia to get a team into Japan and that GRR was a brilliant opportunity but the combination of COVID and the Western Force going back to Super Rugby has left a massive void. He cant see where an opportunity comes from “but if we don’t find it we will be left behind” he re-affirmed.

On the women’s game, Ada Milby is far more optimistic.

“The bridge to the international level is much smaller and Unions have a better chance to have a team perform on the top level in women’s rugby and the announcement of  WXV offers a path forward.”

Milby added that we (Asia) are seeing large assets and investors in the global game of rugby but Asia needs an angel investor to get Asia started.

Read more in Part One of the series – we review Live Matters 2021 – Live Sports Matters and the impact on Singapore and Hong Kong Rugby Sevens.

We would like to thank the Asia Scotland Institute for organising this webinar and the guests. The full video of the session can be seen here.

You can also read the other two articles in this series: 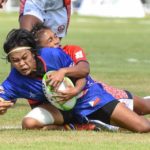