With 2020 just around the corner, we preview what is known about the top international Asian Rugby tournaments in 2020 from XVs, 7s and age-grade national team rugby.

Asia Rugby splits the titles into multiple divisions and conferences. We look at what we know about how they are structured, who plays, and when in 2020. Although many tournaments details are still to be confirmed we also summarise the winners and losers from 2019.

Here is everything you need to know about the international Asian rugby tournaments in 2020.

Update: Due to the coronavirus (COVID-19) the dates have been changed with Asia Rugby postponing tournaments until June 2020.

The Men’s ARC in 2020 appears to only include 3 national teams with Japan no longer involved (as was the case in 2019 when Japan hosted the RWC 2019).

The division is determined by home and away fixtures by the three national teams. Games commence on May 18th and run until the end of June 2020 and include the 2019 champions, Hong Kong, and runner up Korea.

The Philippines should be promoted to the ARC in 2020 after winning the Division 1 title. Malaysia should be relegated after finishing bottom of the ARC in 2019. (*The current calendar on Asia Rugby does not reflect this.)

All national rugby games in Division 1 should be played at one selected location over the course of a week, as they were in 2019, and will feature four national teams. These should be Malaysia, who are relegated from the ARC, Singapore, Sri Lanka as well as the United Arab Emirates (UAE), who won Division 2 in 2019. 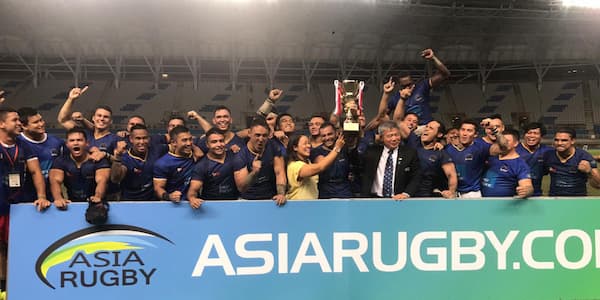 The results from the Asia Rugby Men’s Division 1 2019 tournament are here.

In 2020 all ARMD2 rugby games are to be played at one selected location over the course of a week. The venue is scheduled to be Lahore, Pakistan. The format appears to be semi-finals and a finals-relegation playoff.

The teams scheduled to be included in Division 2 in 2020, according to the AR website, are confusing: Thailand, Chinese Taipei, China, Pakistan.  Chinese Taipei drops down from Division 1 and Thailand remain from last year. However, Kazakhstan doesn’t appear at all after finishing 3rd in 2019 and Pakistan and China are included. China won the Division 3 ES title, and Pakistan won the Division 3 Central title.

Guam is relegated as the bottom-placed team in 2019 but currently does not appear in any Division for 2020.

Games should be played at one selected location over the course of a week in Division 3 for each of the three conferences: West, Central, East, and East-South.

The 2019 Division 3 West was won by Qatar. It is unclear if they are promoted to a new Division. Currently, it appears as if not. Jordan and Lebanon should remain in the Division 3 West and joined by Syria who told us recently they will be involved in 2020.

Read more here about the 2019 results.

The 2019 Men’s Division 3 Central was won by Pakistan at home against Uzbekistan. According to the Asia Rugby 2020 schedule, they have earned a promotion to Division 2 for their win and will also host the Division 2 Championship in 2020.

It’s unclear who will compete in the Men’s Central Division in 2020. 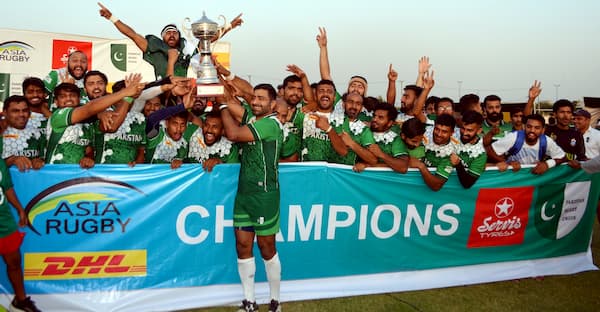 The 2019 Asia Rugby Men’s Division 3 East Games never took place between Laos and Brunei. It is unclear if this will be contested in 2020.

The results from the 2019 Asia Rugby Men’s East-South Division 3 games are here. China comfortably won the Division against Indonesia and India and have won promotion to Division 2. It’s not clear if another team will join the Division 3 ES in 2020. 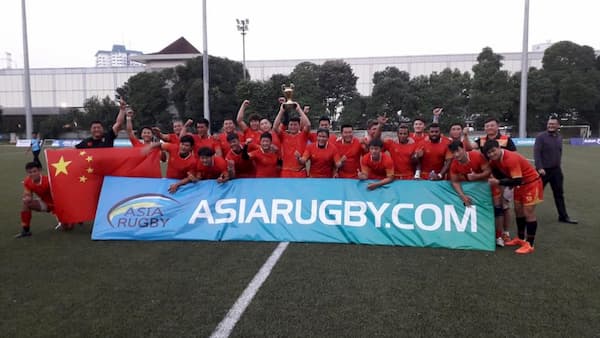 There is very little information on the Asia Rugby website about the ARWC 2020 but below is what we know so far. 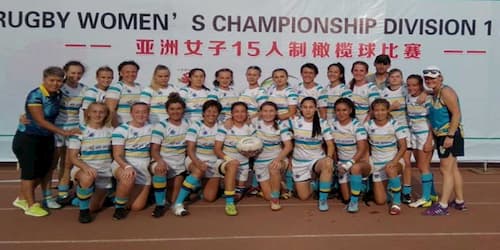 Japan and Hong Kong have competed in the past in the top women’s Asian rugby 15s division. The format for 2020 was made available in January, and the ARC includes Japan, Hong Kong and Kazakhstan.

The Women’s Asia Rugby Championship is important in 2020 as it serves as a World Cup 2021 qualifier.

The 2019 Division included Singapore, Philippines, India and China. China comfortably won the Division and went on to lose to Kazakhstan which should have been used to determine who will be promoted to play in Asia Rugby Women’s Championship in 2020.

In 2020 the Philippines and India should remain in Division 1. If there is Division 2 in 2020 it should include Singapore who finished bottom of Division 1. We will wait for more information from Asia Rugby.

No Division 2 was played in 2019 and we are awaiting more information TBC.

There is no women’s or/girls Asia Rugby Under 19 XVs rugby tournament, only men’s/boys. 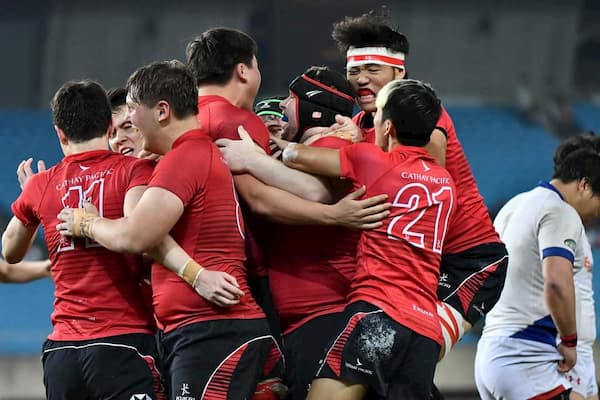 The top division of Asia Rugby Under 19 rugby included 4 teams in 2019. Hong Kong won the Championship and confirmed qualification to the World Rugby Under 20 Trophy in 2020. Singapore finished bottom in 2019 and should be relegated to Division 1.

In 2020, the U19 Championship should see HK, Chinese Taipei and Korea joined by Division 1 2019 winners, Sri Lanka.

The results from the 2019 tournament are here and on the Asia Rugby website.

The results from the 2019 tournament are here and here. Only two teams competed in Division 2 in 2019, the UAE and Malaysia, with the latter hosting and winning the two-game series to gain promotion to Division 1 in 2020. We think China should be joining the U19 Division 2 in 2020 with the UAE.

The Asia Rugby Sevens Series is the premier sevens tournament for rugby in Asia.  The tournament features the top eight teams in Asia in both competitions (men’s and women’s) and takes place over 3 rounds.

The men and women will play their series at the same venues and dates. Japan won the women’s and men’s series in 2019 and both will also be competing at the Tokyo 2020 Olympics 7s which takes place a few weeks before the Asia Rugby Sevens Series 2020 starts.

In addition, the newly announced World Rugby 7s Challenger Series will be played in 2020 as a pathway to core status on the World Rugby Sevens circuit. 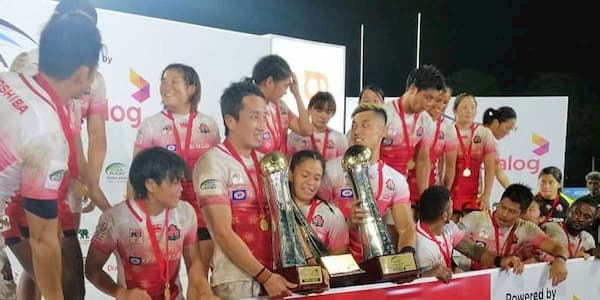 See all the results and standings from 2019 here.

See all the results and standings from 2019 here.

The Women’s (ARSWT) and Men’s (ARSMT) Trophy is the second tier of national 7s rugby in Asia. The results from 2019 saw the Philippines ladies and Malaysian men win the titles and gain promotion to the 2020 Asia Rugby 7s Series.

We assume the Chinese Taipei (men) and Singapore (women) drop into the Trophy Division based on the results from 2019 but these are to be confirmed.

The Asia Rugby Under 20 Men’s and Women’s 7s Series are played over the same weekend at the same venue. The results from the 2019 tournament are here which saw Hong Kong win the men’s and women’s titles. 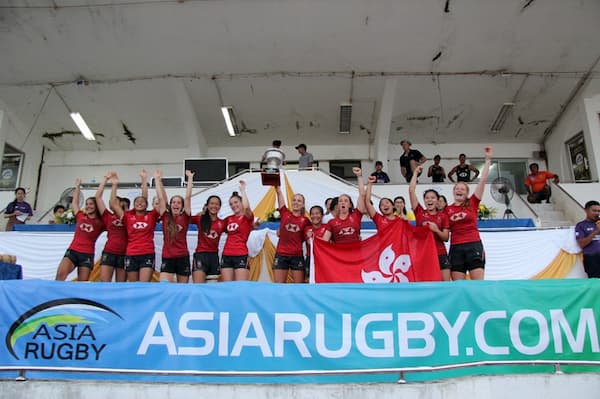 There were 5 national Under 18 Boys teams playing in the 2019 Championship. Malaysia were the champions in 2019.

Read here for the results.

Malaysia are the U18 Boys 2019 champions

Although not an Asia Rugby tournament, the Asian Schools Rugby 7s Championship was played in 2019  and was won by HK. This doesnt appear to be a yearly event, having last been played in 2016.

All 2019 Asia Rugby tournaments results can all be viewed on their website.

The inaugural Asian Touch Cup 2020 will be hosted in Shanghai, China in 2020. More information will be released on participating teams. 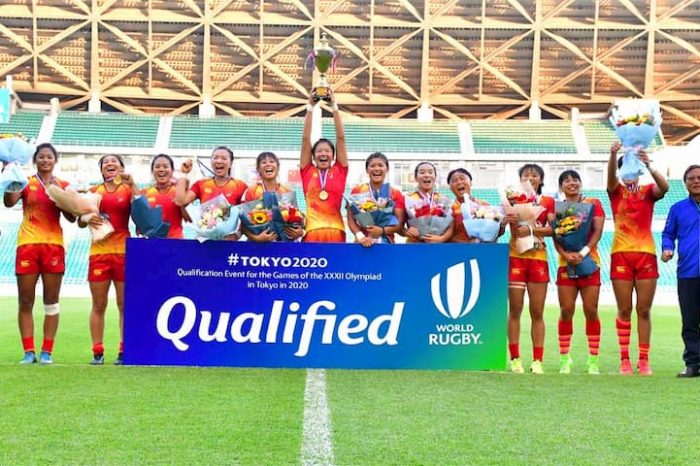 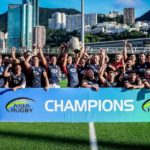